Snooker
News
The Rocket is bidding to extend his own record by lifting the trophy for an eighth time
Hector Nunns
22:35, 22 Nov 2021

Ronnie O’Sullivan insists snooker’s ‘toxic’ side almost drove him out of the game. But the Rocket is now a content and relaxed man going into this week’s UK Championship bidding to extend his own record by lifting the trophy for an eighth time.

Six-time world champion O’Sullivan, who will turn 46 on the day of the final in York, remains one of sport’s ultimate mavericks. A 30-year career has taken him from child prodigy through some incredible career highs – but also flashpoints and clashes with authority.

That came to a head four years ago when incidents at the Masters and then the Betfred World Championships led to lawyers getting involved. Current world No3 O’Sullivan brought the lawyers in about the threat of disciplinary action for criticising a referee and swearing at a photographer at Alexandra Palace. And after accusing the governing body and then World Snooker chairman Barry Hearn of “bullying and intimidation” O’Sullivan himself was briefly threatened with legal action.

O’Sullivan has a tough opening match on Wednesday against two-time ranking-event winner Michael White – now technically an amateur after falling off the tour.

He said: “I am feeling very relaxed, enjoying life and what I am doing and looking forward to everything - I do feel like I am on holiday at tournaments these days.

“And I try to remove myself from that toxicity that I feel is sometimes around snooker, you get a lot of people bitching and moaning – and I was one of them for a while.

“I did it for about two years before making a conscious decision I can’t live my life like this, and it was the best thing I ever did. As long as there is a tournament and a table, I’m okay.

“There are a lot of things I would change about the game and I have talked about them in the past, but I don’t any more.

“I had one phone conversation a few years ago with a key figure in the game, they asked me my views, would I be prepared to do this or that.

“Certain things happened and I thought it was so toxic and so not right, so bad that I had no choice but to become more detached. 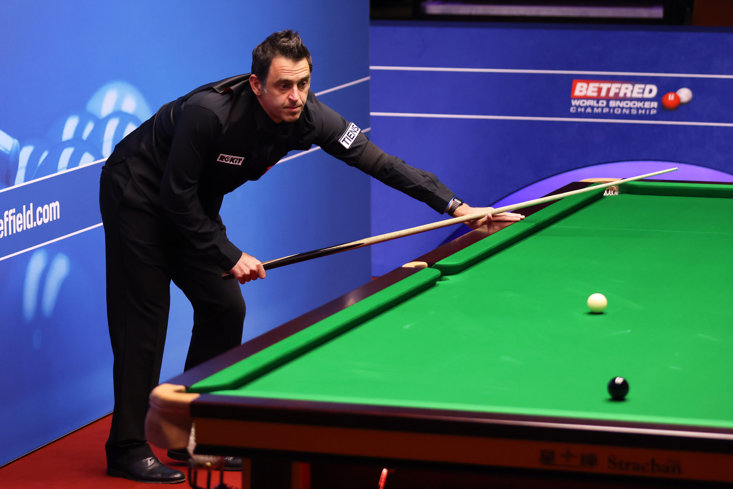 “And it was only with a few close friends that gave me a lot of support with the right people to make sure I wasn’t being taken advantage of and to fight my corner, or I was out of there.

“I was able to remove myself and guide myself in another direction. And I wouldn’t have it any other way.

“Out of everything I do, snooker would be the first thing I would give up if one had to go. I wouldn’t give up anything else to play snooker.

“The fact is it’s my personal choice, and I still love actually playing. I love the buzz, I love competing, I only play because I really enjoy it.

“If I got a phone call tomorrow telling me ‘You’ve brought the game into disrepute and we don’t want you’, I’d say ‘Thank you very much!’

“I wouldn’t resist and say ‘That’s okay, give me a call when you feel I’m allowed to come back’, if not no worries, I won’t sit around waiting. It’s an empowering position.”

O’Sullivan can sometimes play down his array of achievements, but he admits that one burning ambition is to set a mark for wins in snooker’s ‘Big Three’ that can never be beaten.

The UK Championship, the Masters and the Betfred World Championship form the game’s majors of ‘Triple Crown’ – and O’Sullivan already has 20 of them, more than anyone else.

He added: “The final is on my birthday this year – so who knows if I can celebrate that in style. Obviously one of my goals is to leave some records that will be very tough to beat. 20 majors is already a good benchmark.

“And if I could get to 22 that would be even harder to match or beat. Look at Roger Federer, I bet he never thought his tally would be equalled but Rafael Nadal and Novak Djokovic have got there.

“Records are there to be broken but if I can add one, two or three majors to that list then I think 23 majors would be a tough one to beat for anyone. But maybe a few things might have to go my way for that to happen.”

They have gone O’Sullivan’s way in this Triple Crown tournament in the past, and it is one that has seen some incredible highs and at least one memorable low. It was O’Sullivan’s first ranking title success at the tender age of 17 as he beat then dominant force Stephen Hendry in the final.

O'Sullivan is 5/1 to win the UK Championship with Betfred

And it was against Hendry when trailing 4-1 in a quarter-final in 2006 that O’Sullivan turned tail in disgust after another poor shot, shook hands, and walked out of the arena and the building, for which he was later fined £20,000 and docked 900 ranking points.

But more recently it saw a joyous celebration with the fans in 2020 after beating Mark Allen in the final to set a new record for snooker’s ‘majors’ of 19 wins.

Ronnie O’Sullivan is an ambassador for Eurosport, who will be covering the UK Championship from November 23-December 5