Ronnie O’Sullivan for once looked uncomfortable in the spotlight on Tuesday and after scraping into the last 32 of the European Masters claimed he has “snooker depression”.

The Rocket emerged a 5-4 winner from a battle royal against China’s world No104 Zhang Anda at the Marshall Arena in Milton Keynes. But six-time world champion O’Sullivan, 46, looked dazed and confused at times – troubled by the glare while sitting in his chair midway through the match.

Snooker’s No1 box office star spent several minutes holding both his hand and then a towel up to protect his eyes from lighting at the baulk end of the table. And with the problem at its worst, world No2 O’Sullivan should have lost the fifth frame to fall 3-2 behind, but Zhang gifted him a way back in by missing the final black.

Afterwards he said: “I find it hard to talk about my games, I have snooker depression for two or three hours after my matches. Talking about it puts me in a bad place.

“I call it snooker depression because it is depression due to snooker. I don’t just wake up and say ‘I’m depressed’. You aren’t when you are doing something you enjoy.

“You might afterwards, but you can get it doing this job if it bothers you and you are not enjoying it. And that happens to me. Snooker plays on the mind.

“If you love your job, any job then you wont suffer with it – unless you are totally detached from your feelings. Let’s call it sports depression, across the board.

“It’s up to you to find ways to deal with it, and I am going to smash the gym, feel better, eat nice food, get into my spa and sauna and watch it disappear. Don’t talk to me about snooker now. 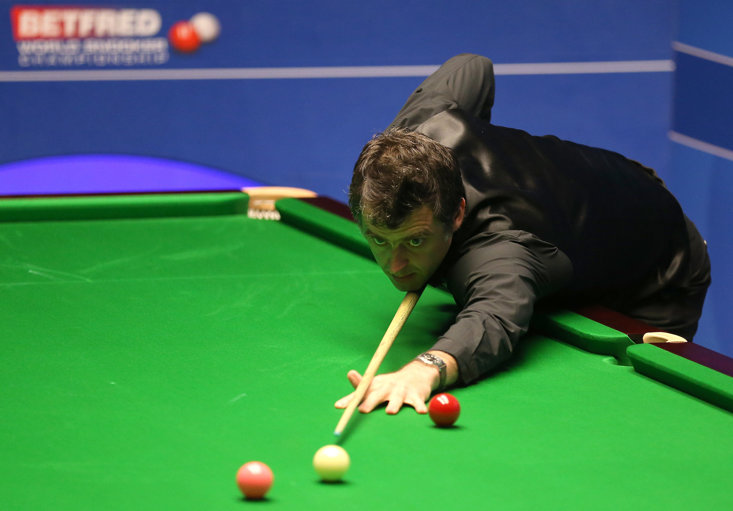 “I don’t know why there was the glare off the light, someone must have turned them up brighter than usual. I could hardly look at it, but they did sort it out so I could look at the table.

“Zhang could probably have done with the money from this match and had a run, so I felt a bit sorry for him. Let’s hope they get the China events back for these guys, the tour is reliant on them.”

O’Sullivan’s definition of what he calls ‘snooker depression’ appears to be of a different type to that spoken about publicly and recently by rival Mark Selby – and other snooker players over the years.

The Rocket admits he feels low if he is not enjoying playing the game, and failing to hit his frequent high standards has been a part of that issue.

Selby, though, has admitted to a serious deterioration in his mental health triggering bouts of what many would better understand as depression in a wider sense – in his case, by his own admission, brought about and sparked by events in his own past and childhood.

Meanwhile John Higgins shrugged off a nightmare journey to Milton Keynes to ease through to the second round.

The 46-year-old Scot won five frames in a row to secure a 5-1 victory over Wales’s Jamie Clarke. World No6 Higgins is chasing a 32nd ranking title having lost four major finals this season.

However that consistent campaign means he is still in the running for a £150,000 bonus from money won from a European series of tournaments.

Higgins said: “It was an absolute nightmare getting down here from Glasgow with the way the weather affecting the trains.

“The train I was due to get was cancelled at Preston, so I have jumped on another one to Crewe. I tried to get off there, but it was pandemonium and I couldn’t get off, there wasn’t time.

“So I’ve had to come all the way down to London Euston before getting another one back up to Milton Keynes last night.

“I normally leave it pretty late to leave home and could have taken a later train, but the way the weather was I just decided to leave more time and it’s a big relief that I did.

“It was a tough game, Jamie has the pedigree having had a good run at the Crucible before – and he went 1-0 up. He’s a heavy scorer when he gets going.”