Snooker
News
The South American is bidding to be the Neymar of the baize and reach the Crucible for a first time
Hector Nunns
21:00, 12 Apr 2021

Brazil’s Igor Figueiredo has made huge sacrifices in his bid to become the Neymar of the green baize, and also the first South American ever to reach the Crucible.

The 43-year-old possesses one of the most incredible back stories in snooker, and now stands one win away from reaching the final stages of the Betfred World Championship for the first time.

Until he was 32, Figueiredo had not even seen a normal 12 foot by 6 foot snooker table, having grown up in Rio de Janeiro from the age of five, playing on the local 10-foot tables.

Only raw talent has seen him overcome some serious disadvantages compared to his tour rivals, and there has been precious little financial support from his home federation.

Darlington is the UK base for Figueiredo and his brand of ‘samba snooker’ - but he has not seen his cherished wife and three children since Christmas.

But after five years without winning a single match at the world qualifiers, Figueiredo now has one match over the best of 19 frames against Walsall’s Mark Joyce on Wednesday to get some payback. And for a player who describes himself as often “crying alone” and stricken with depression from the situation, no one apart from possibly Joyce would begrudge him his big moment.

Figueiredo said, “I had this feeling a few years ago…to be one win from the Crucible but I lost to Robin Hull. And I haven’t won a match at the World Championship qualifiers since.

“I have made many, many sacrifices for chances like this. I have not seen my beautiful wife and three children since Christmas, and probably won’t see them again until next Christmas.

“It has been very difficult to try and do well on tour. It is very expensive to stay on tour for me.

“There will be a lot of nerves because I do not have much financial support from Brazil and I have to do it all myself, living and playing on the tour.

“Really for me to compete at this level I needed to move to the UK. My family had to stay in Brazil because there were too many problems trying to move them to the UK.

“And they mean so much to me, I only get to visit my wife Claudetti, daughters Stephanie and Elizabeth, and son Igor, one time a year right now.

“Because of the COVID and especially the situation in Brazil right now with a big quarantine, it is much harder to travel but at the moment they are all healthy.

“Sometimes you find yourself crying alone with the depression from the snooker life and the sacrifices.

“I think I will stay here until everything has calmed down, and then maybe they can come here to see me.

“I am practising 10 hours a day. It is food, sleep, shower, practice, and that’s it. Nothing more.

“If I could be the first player from South America to get there it would be very important for snooker in Brazil, it is hard to say just how big.

“I am already working to help promote the sport in the Americas, north and south, to get young players involved and that is something I want to carry on doing even when I retire. 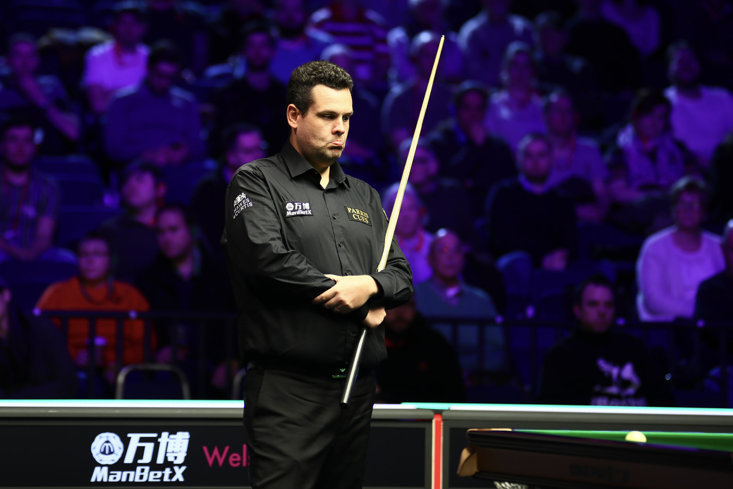 “There has been so much to learn for me to get to this level. You get punished more on a bigger table against a top player I think, on a smaller one you can get away with more mistakes.

“Snooker is so popular in Brazil, though obviously football is the religion back home. A lot of people watch my matches online.

“By getting this far I have almost certainly saved my place on tour and got two more years, and I am very happy about that.

“I feel amazing to have got to this stage, even though it was heart-breaking to have to play Thepchaiya Un-Nooh in the last round. He is like family, and my brother.

“He has given me so much support in the UK and has helped me improve so much, we are both based at the Cue House Academy in Darlington.

“I had two very big flukes to help me win the last two frames. There are good words and bad words to describe that sort of luck in Portuguese!

“But a good word is ‘Sorte’, that means I was lucky. I remember seeing Mark Selby shaking his left foot after a fluke, I think that means the same thing, like you stepped in some sh*t!”

Sports fans are more used to seeing Brazilians perform magic with a football rather than a cue ball, but Figueiredo insists some of the country’s best known stars love snooker.

He added, “Many of the famous Brazil football players just love it. Basically to relax they play cards, and also snooker!

“I know Neymar and Romario are huge fans, and a lot of players have tables in their houses.”