Ireland head into the 2019 Rugby World Cup as one of the favourites to take home the trophy. But there are signs that once again it may end in heartbreak.

Heading into the start of this year there was plenty for Irish fans to be happy about. They had beaten the All Blacks, the world champions. They had claimed the 2018 Six Nations, Grand Slam and Triple Crown as they won a perfect five from five games.

Ireland were on form and looking good.

Then came the 2019 Six Nations. They were beaten by England in their opener at home, bounced back to defeat Scotland, Italy and France, and then were dominated by Wales in the final round. With the title up for grabs, they choked at the Millennium Stadium.

More cracks have started to develop in their armour, with some players involved in off-field scandal and then a damaging 57-15 thrashing to come against England at Twickenham recently. They responded by beating Wales in their next two warm-up matches, but questions over this team remain.

Can they produce when the pressure really hits the fan?

History says no. Ireland have never reached the World Cup semi-finals, let alone a final. They are a regular at the quarter-final stage, but never managed to get to the final four. In the first-ever World Cup, in 1987, they were smashed by Australia. Four years later it was the Wallabies who edged them with a gutting last-minute try.

In 1995 it was France who easily ended their tournament at the quarter-final stage and in 1999 they didn’t even get that far after a shock loss to Argentina. In 2003 the French thrashed them, 43-21, and in 2007 they failed to even make it out of their pool.

In 2011 they succumbed to the Welsh in Wellington in the last eight, then four years ago they were clear favourites against Argentina in the quarter-finals. But once again they failed to fire and were easily beaten 43-20 by the Pumas. The omens are not good. 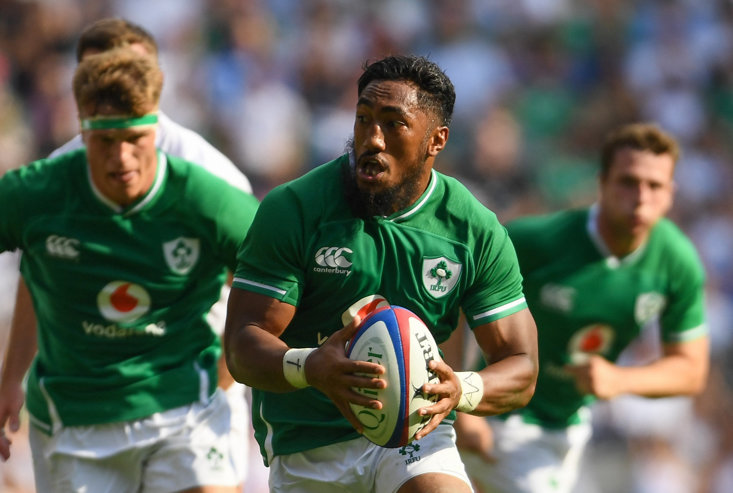 For Sunday’s 2019 tournament opener against Scotland, a vitally important game, they will be missing some key players. Veterans Keith Earls, Rob Kearney and Robbie Henshaw are all out with injury.

“If you were Scotland would you licking your lips a bit more? Probably,” he said.

It definitely looks like they're a little bit more vulnerable. Experience counts for so much on the big stage.

Another past great, Gordon D’Arcy, believes luck will play a big part in the Far East.

“I believe that Ireland will get to the quarter-final and then it is a flip of a coin,” he said.

“We have the potential to beat either New Zealand or South Africa. However, we will need form, a strong injury profile and more than a dollop of luck.

It’s not all bleak for the Irish, far from it. They go to Japan as the number one ranked team in the world. They have beaten nearly all the main contenders in the past 18 months - New Zealand, Wales, England, Australia (twice) and Argentina – apart from South Africa. They have world-class players in Jonny Sexton and Conor Murray, and power up front in CJ Stander, Tadhg Furlong and Cian Healy.

But it may all hinge on this first match against Scotland. Lose that and they have a much tougher road, with a match-up against either the All Blacks or Springboks. Talk about difficult. Win and it’s a different story.

Questions remain over Ireland’s playing style. Their brand of rugby is very attritional and basic, centre-around a perfect kicking game, one-out rugby, a rush defence and squeezing the life out of the opposition. Counter-attacking is key. Few risks are taken with the ball.

When this works, it is fantastic. But when it doesn’t, Ireland doesn’t seem to have a Plan B or C. They have don’t have many players with individual brilliance who can break open a game with a run or pass, or do something unexpected. This may prove costly.

Ireland have the players and coach to go out and make history by winning the Rugby World Cup for the first time. Now is the time to prove it.