Judd Trump made a brilliant 147 maximum break in the final of the Turkish Masters as he claimed a first ranking title of the season.

The Juddernaut lit up the Sunday night climax of the first ever major tournament staged in the country - with the highlight of a 10-4 victory over Matt Selt in Antalya coming in the 10th frame.

World No3 Trump, 32, picked off the invitingly placed 15 reds all with blacks and then despatched the six colours as a sell-out crowd gave him a rapturous standing ovation.

And former world champion Trump, a leading contender for next month’s Betfred World Championship, closed out the match to pocket the £100,000 first prize. The triumph was a huge show of character and resilience from Trump, the only one of the top four to take part, who lost in the final of the Welsh Open to Joe Perry the week before.

A sixth 147 of Trump’s career earned him an extra £5,000 for the event high-break, and it was also a relief to end a year’s run without a ranking success. Trump had become a winning machine by claiming 14 in the previous three seasons, and he remains a phenomenon when it matters most – having won 15 of his last 18 ranking finals.

This was a 23rd in total, and edged him ahead of Neil Robertson into sixth place on his own in the all-time list behind Ronnie O’Sullivan, Stephen Hendry, John Higgins, Steve Davis and Mark Williams.

Trump is also now fifth in the 147s all-time list with six – chasing down Stuart Bingham on eight, but still a long way behind O’Sullivan on 15. As a side-benefit his run to the title propelled him into the field for this month’s prestigious and lucrative Tour Championship for the season’s top eight players.

Judd Trump
@judd147t
Turkish Masters Champion 😁🇹🇷 🏆 @NIRVANAMASTERS @SC_Leasing … Thankyou to everyone involved, the atmosphere has been amazing all week and I can't wait to come back next year 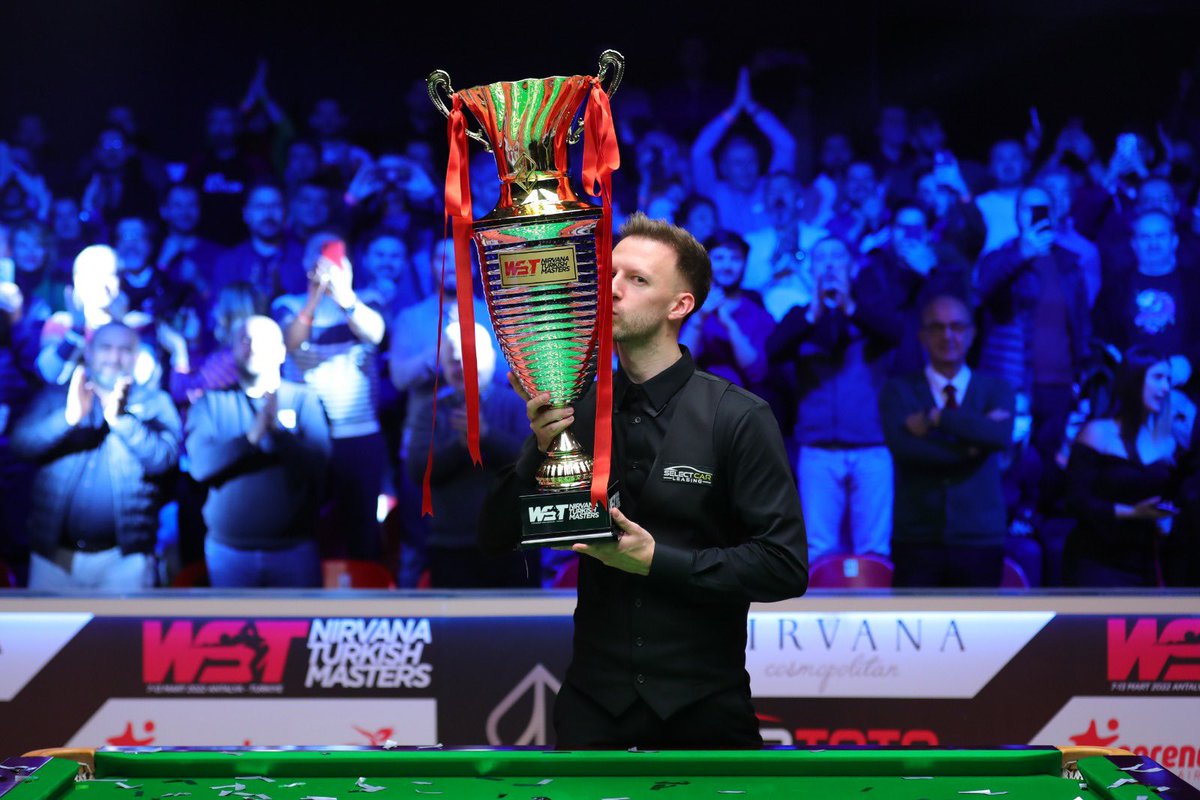 Trump, who finished with a superb 114, said: “The 147 was special, I haven’t made one in a final, they have always been in the first round with no one there! I just haven’t been good enough to win ranking titles earlier in the season, so it was really good to play well in this final.

“It has been great to play somewhere with a beach rather than the dungeons we usually get locked away in! At times this season I have been struggling quite badly. It was a boost to get to the final in Wales last week. And to win this first tournament in Turkey has been a special one. I have had a lot of support from fans of social media in Turkey who said they wanted me to win the first one here.”

Selt said: “The afternoon could have been oh so different if I hadn’t have missed a few, but I didn’t put the pressure on Judd and then you saw what he did tonight.”

Trump began the match with the better of the career head-to-head record, but Selt did beat him in this season’s UK Championship. The world No3 had been the red-hot favourite for the title from the moment he arrived in Antalya, but Selt knew that in Zhao Xintong, Fan Zhengyi and Perry there have been surprise winners of late.

Selt got off to a good start with a break of 61 to settle him down, but Trump was quick to level with the same scoring visit to the table. Then Selt took the lead for what was to prove the past time in the match, provoking Trump into a superb effort of 120 before the afternoon interval.

He then opened up a two-frame advantage at 4-2 only for Selt to peg him back. And then came a huge moment in the final in frame eight, the last of the first session. After a poor safety shot on the last red that looked certain to cost him the frame and the lead ahead of the evening, Trump outrageously fluked it to leave Selt ashen-faced.

The drama was then ramped up even further in the second and decisive session. Despite giving away 60 points in fouls Trump went 6-3 up with a break of 88. And then came the moment that brought the house down with the maximum 147 that looked on right from the first couple of pots and secured the high-break prize.

The Juddernaut then made it 8-3 with a run of 73, and though Selt continued to battle hard he soon closed it out with breaks of 82 and then a finishing century flourish.