Snooker
News
Ten years after his fourth world title, Higgins is in the mood to make it a famous five at the 2021 World Snooker Championship
Rob Walker
10:00, 12 Apr 2021

John Higgins' place in the pantheon of snooker greats has already been secured.  Even if the four-time Betfred World Champion never pots another ball in his life and retires tomorrow, he would do so safe in the knowledge that over an extraordinary 29-year career, he has achieved it all.

Since beating Jason Ferguson in the last qualifying round and then losing to good friend Alan McManus on his Crucible debut back in 1995, he has gone on to enjoy his finest moments on the sport’s biggest stage, playing his part in some classic matches and finals.

There is an aura around him every time he sets foot on the Crucible floor and all his opponents know it. In terms of ranking titles he’s third on the all time list with 31 major trophies, behind only Stephen Hendry (36) and Ronnie O’Sullivan (37).

His rivalry with “The Rocket” and Mark Williams (his other fellow classmate of ‘92) make fascinating reading and it’s not an insignificant fact that of this triumvirate of sporting excellence, Higgins was the first of the three to win his maiden world title back in 1998, beating Ronnie in the semis before denying Ken Doherty a successful title defence in a brilliant final.

Williams was to add his name to the list of Crucible conquerors in 2000 beating fellow Welshman Matthew Stevens and then O’Sullivan secured his first world title the year later – beating Higgins in the final.

Mentally I think Higgins has a slight edge on the other two and almost every other player on the circuit. Massive call I know, as they are all superb match players as well as break builders, but there is something so unflappable about Higgins that from any deficit, in any context, against any opponent you just cannot rule him out.

Having been the first of the three to win a maiden world title, he was the last to seal a second, waiting until 2007 to become a multiple Crucible champion, where Williams had done the double in ‘03 and O’Sullivan a year later.

Higgins beat a relative unknown Mark Selby that year and was lifting the trophy for his world hat trick two years later after a superb victory over the reigning UK Champion Shaun Murphy in 2009. However it’s his fourth world title in 2011 which surely ranks as his greatest to date.

He arrived in Sheffield as the reigning UK and Welsh Open champion, the latter having been achieved against a backdrop of huge emotion in the same week he buried his father.

Mentally, I think John was exhausted by that April and the fact he won just a single title over the three years that followed, showed he was emptying the tank that spring. 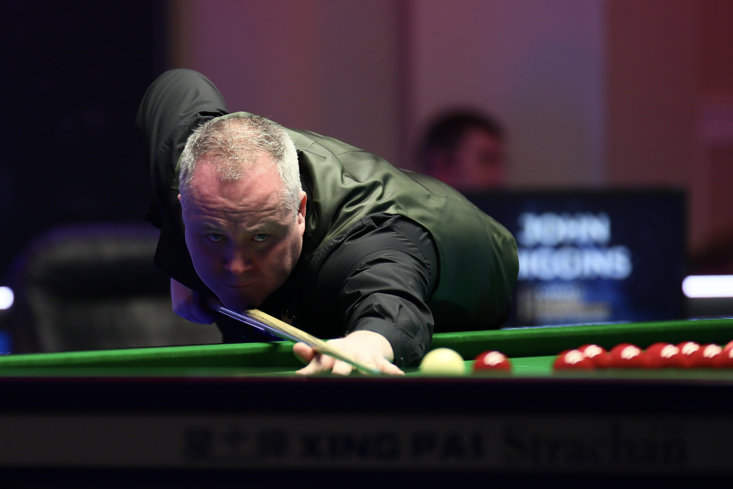 He came from 7-4 down to beat Ronnie in the quarters and 9-5 down to beat Williams in the semis and it set the scene for a final with an extraordinary atmosphere.

That fortnight, the wider public fell in love with Judd Trump. Of course, those in the sport had seen him coming for many years (he made his debut back in 2007 as a fresh faced teenager) and he arrived as the newly crowned China Open Champion. For the casual viewer Trump was a revelation. He was sending tweets in the mid session interval – unheard of ten years ago – and he was, as they say in snooker circles, “Potting balls off the lampshades.” His long game was incredible and everything seemed to be going in.

When they emerged for the last session on the Monday night, the match was finely poised and the reception for both was beyond compare. I was the MC that night and I barely had to light the touchpaper for the crowd to respond to the two men. The atmosphere was incredible.

It’s worth looking up on YouTube to watch the expressions on the faces of Higgins and referee Jan Verhaas. They had never seen or heard anything like it. And I still haven’t since.

The standing ovation for both players lasted more than three minutes and at one stage it honestly didn’t seem like it would ever end. Trump was clearly enjoying it, but as it was his maiden world final, he could have had no idea at the time just how special it was.

Higgins found the strength to honour his dad once more and lifted the Silver Lady for a fourth time. It was one of the great nights.

Records show he’s come up just short a number of times since, finishing runner up three years in a row, losing to Selby in ‘17, Williams in ‘18 and Trump in 2019.

Last year it took the performance of a lifetime from Norway’s Kurt Maflin to deny Higgins another deep run in Sheffield, the expatriate Londoner winning their last 16 match 13-11.

Coming into this season Higgins hadn’t won a major crown since the Welsh Open in March 2018. He was facing the longest barren spell of his career and maybe beginning to wonder if those heady days and scaly heights were behind him.

Not a chance. He played brilliantly to beat O’Sullivan and Gilbert at the Betfred Masters in January before losing out to Yan Bingtao in the final and then last month he played what he himself described as the best snooker of his life at ITV’s Players Championships in Milton Keynes. He thrashed everyone at the event for the top 16 on the one year list. And I mean thrashed!

Jordan Brown didn’t win a frame in their opener, Selby also succumbed 6-0 in the quarters, Kyren Wilson had a wry smile on his face to take one frame off the Scot in the semis before Higgins smashed O’Sullivan for the second time in three months 10-3 in the final.

His title drought was over and in spectacular fashion and if he plays half as well as that this month, everyone better watch out.

A decade on from his fourth world title, Higgins is in the mood and the form to make it a famous five.