Snooker
News
If he settles early and gets on a roll, the man from Kent is definitely one to watch
Rob Walker
10:00, 06 Apr 2021

Ask most snooker fans to think of a talented left hander and the first name that will spring to mind for the older generation will probably be Jimmy White. Ask a youngster and they might point to Judd Trump, Neil Robertson, Mark Allen or maybe even the semi "golden oldie" Mark WillIams.

Not too many will instantly think of Kent’s Barry Hawkins. He’s a mild-mannered man who saves most of his talking for the table.

As such, the 41-year-old almost always arrives at a major event under the radar, yet his current ranking and his recent record at the Crucible both prove he’s worth noticing. It may have taken him a few years to show he’s much more than a journeyman, but since winning the Australian Open in 2012, he’s found a higher gear.

He added a second ranking title in 2014 winning the Players Championship and a third followed live on ITV three years later as he picked up the World Grand Prix. Yet, despite never winning the world title, it is his consistency at the Crucible which underlines why he is such a dangerman at the sport’s spiritual home.

Just as it took him 16 years as a pro to win that maiden title down under, it was a few years before he settled in Sheffield. He lost in the first round on his first five visits. In 2011, he finally made it into the last 16, losing to Allen in a decider after beating Stephen Maguire 10-9 in the opener. Crucially though, he now knew how to win a match at the World Champs.

2013 turned out to be an extraordinary year even by Crucible standards. Following issues off the table, Ronnie O’Sullivan decided to take the entire season off and arrived in Sheffield as defending champion having not played a competitive match all year. As only he can - and with a feat probably never to be repeated - almost inevitably he stormed to the final.

On the other side of the draw, quietly and without fuss or undue attention, Hawkins was edging towards the sport’s ultimate match and after beating Jack Lisowski, Mark Selby, Ding Junhui and Ricky Walden he found himself in the opposite chair to the mercurial Rocket.

Even now, if you talk to Ronnie he will freely admit that despite having had so much time off – and maybe because of that – he played the best snooker of his life in that fortnight. And he also says Hawkins did as well.

There’s a strong case to be said that had the Hawk played anyone else in that final, we would now be talking about him as a former world champion. A huge outsider with the bookmakers, Hawkins went for it right from the start and really took the match to his more decorated opponent. 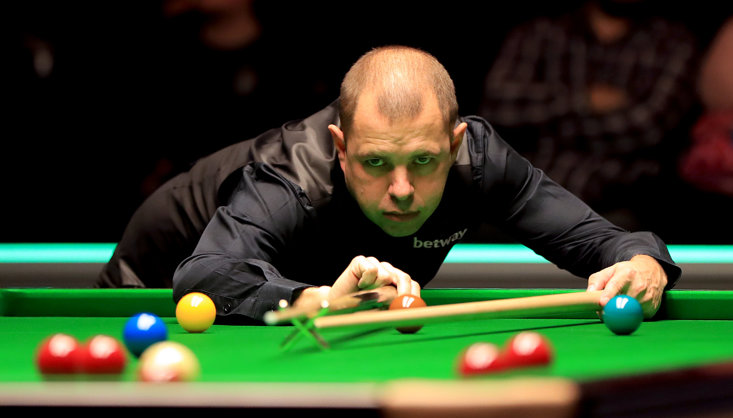 Towards the end of their second session they were tied at 7-7. There’s no doubt he forced the best out of O’Sullivan, who eventually produced an amazing six centuries to pull away for an 18-12 win, and the match was far closer than that scoreline suggested.

Barry almost visibly grew as a player during that run and went on to make the single table set up in four of the next five seasons.  Many players rightly count it as a major achievement simply to get there once. To do so five times in six years demonstrates phenomenal consistency on the most important stage of all.

He hasn’t made it back to the World Final since 2013, but he’s more than capable.

On his day, the former kettle drum player can produce simply superb snooker and he also has the canny knack of playing himself into form at just the right time of the season.

The current campaign is a classic example. Before Christmas he hadn’t made it into the quarter-final of any event. A poor return for a man of his class and even his place in the top 16 – and therefore automatic qualification to the Worlds - began to look tricky.

A run to the semis of the German Masters at the end of January fortunately sparked a revival which saw him begin a march back up the rankings. He reached his second semi of the season at the Players Championship in Milton Keynes, where he surrendered a 3-0 lead to the man who had denied him the world title eight years ago. O’Sullivan won in a decider, but it was once again an indication of form from Hawkins.

Those two excellent tournaments saw him safely into the top 16 for Sheffield and also propelled him to the world’s top eight on the One-Year list.

The significance of that was a first time inclusion in ITV’s prestigious Tour Champs event. First up was Judd Trump, and in patches Hawkins played out of his skin against the world number one at the Celtic Manor. Despite getting twitchy late on he held on for a famous win, teeing up yet another semi-final with O’Sullivan.

Once again he started brightly leading 3-0 in the best of 19. The Rocket roared back but when Hawkins found himself in the balls on a decent break 9-6 up, the match looked over. However, he overhit one of the last reds, at which point his opponent mounted an extraordinary comeback, denying Hawkins a famous win in an agonising decider.

He was shell-shocked by the manner of that defeat when I interviewed him afterwards, but once the sting of that loss wears off, there are a huge number of positives for the Hawk to draw from over the last few months.

I think he will arrive in Sheffield this year pumped up and ready for his 16th attempt to lift the title. He may not dominate the headlines in snooker, but everyone in the sport knows how good he is and how much he has grown to love the longer frame format of the Betfred World Championships.

He has the talent and the temperament to make a major impact as he’s proven so many times before and he is definitely one to watch if he settles early and gets on a roll.