Ronnie O’Sullivan and the rest of the world’s top four have signed up for the first major mixed doubles tournament for more than 30 years.

The Rocket, Judd Trump, Mark Selby and Neil Robertson will be paired in a random draw with 12-time women’s world champion Reanne Evans, Ng On Yee, Nutcharut Wongharuthai and Rebecca Kenna in a random draw.

And then the eight players will compete at the World Mixed Doubles event over September 24-25 at the Marshall Arena in Milton Keynes to be shown on ITV.

It revives a tournament last played on TV back in 1991 when Steve Davis and Allison Fisher lifted the trophy in Hamburg. The eight players have 28 world titles between them.

Snooker bosses have always believed there is no physical reason that women and men should not be able to compete on a level playing field. And with the quartet of women now also holding full main tour cards this is another big chance to drive participation levels.

He said: “I am glad this tournament has been supported by the top men’s players as well as the top women’s players, because it is important that the women players get the chance to play and compete at this level. World Snooker have done well to get this on the calendar.

“With it being on ITV there will be a bigger platform with huge names, and more women viewers will see it and hopefully want to get involved. It is a sport that has been dominated by men, and that might have put women off in the past. Up until recently in the UK some women were banned from playing in local leagues, which is outrageous.

“I am a huge fan of sport in general and am curious about these things – in this case that there doesn’t seem to be any physical reason why women can’t compete with men. In golf I suppose you could think there is a difference in length off the tee, if less so in all other respects.

“But in women’s snooker I think it is more a numbers game, to have the biggest pool of talent from which to draw. And I do suspect that as it grows, those big numbers might come from Thailand and China. 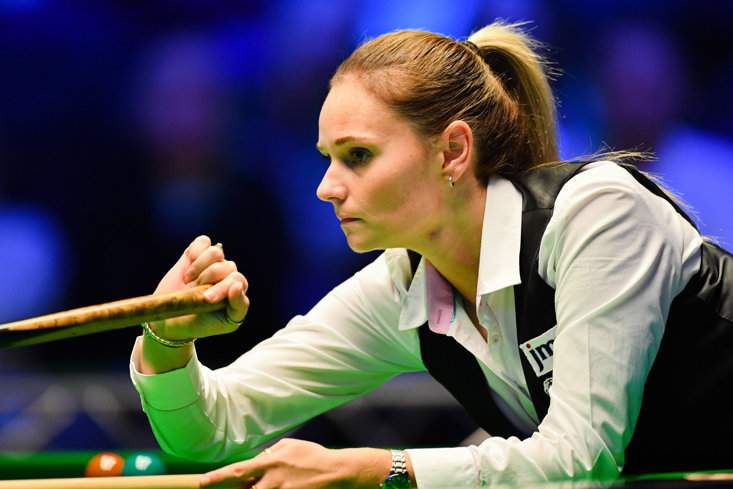 “There were was a mixed doubles event on a smaller scale that was played at my club in Cambridge – and I actually won it playing with Reanne, maybe back 15 years ago.

“But those were the days back when basically if you played with Reanne then you won, while now there has been growth in the women’s game and we see more good and improving players, with the standard being raised. It should be a lot of fun, and I am really looking forward to it.

“I see it a bit the same as when I and Ding became successful overseas players on the main tour. Before us, many didn’t think it was possible to really compete with the UK and Ireland based players. But we came over away from our homes and did it, won titles and were successful. Many others from China and elsewhere saw it could be done, and did the same. And if some women start doing some damage on the main tour with their cards, the same could happen.”

Women’s world No4 Kenna, 33, from Keighley, said: “I was amazed when it got announced and I’m really looking forward to that – it’s going to epic. I used to play pairs with my dad in the local leagues!

“I hope I am not too nervous and can actually play well. I will have to hit the ground running and I will take any tips and advice from those top men players.

“I think it will be good for the sport and the TV audience, there hasn’t been any mixed doubles since the early 1990s. A lot of people still don’t seem to think women can play snooker.

“So this will catapult it into the mainstream and be amazing for women’s snooker. A lot of girls think they won’t be welcomed in snooker clubs but they are.

“And the more that give it a try, the more will get hooked like I did.”

WST chairman Steve Dawson said: “This will be the first time ever that a mixed doubles event will be broadcast live on free-to-air TV, so it is a very significant moment for our sport.

“Snooker is a game for everyone regardless of age, gender and nationality and we have proved this with the expansion of our tour and at grassroots level.

“There is no reason why men and women can’t compete together and we are thrilled to have for the first time ever four women on our professional tour in the coming season.”

The four pairs will compete in an initial round-robin group, with the two teams finishing highest then contesting the final.