Snooker
News
Judd Trump is the favourite ahead of Saturday's action but value may lie elsewhere...
Simon Lillicrap
17:33, 16 Apr 2021

It has been exactly eight months since we crowned the 2020 Betfred World Snooker Champion. The Rocket won a 6th title, and he is 9/2 to match Stephen Hendry’s world title haul of seven. Let’s be honest you would not be surprised because he is the greatest Englishman to lift up a piece of wood since W.G Grace. In fact when the Rocket lifts off there’s no greater sight in world sport. He is a snooker genius.

Last year’s Championship was rearranged due to Covid-19, and although there is still a long way to go in the battle against the pandemic, this year’s marathon is more significant than just watching 32 of the world’s best cueists.

We start on Saturday with a crowd at a third capacity. Then as the tournament progresses, we build up to a full crowd for the final two days. If the World Snooker Tour, who have been working tirelessly to get events on during the pandemic, pull this off then thanks to snooker we take a giant step back to normality. 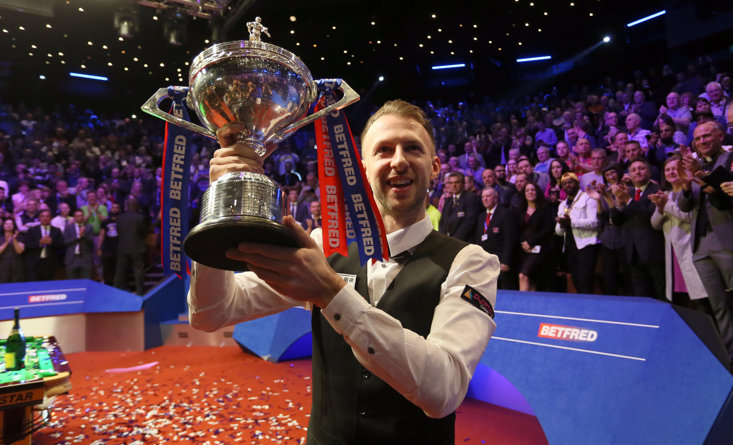 The crucible holds 980 and really is one of sport’s iconic venues, and if we get capacity for the final and all goes well, then the government scientists have the data that will then allow theatres, cinemas and concert venues all to reopen their doors. Not only are we about to embark on 17 days of top-class action, snooker can help us all get back to normal.

And the lucky ticket holders are in for a treat as this potty marathon gets underway and we kick-off with the defending champ in action on Saturday morning. The Rocket will play Mark Joyce, who has been a pro 15 years, will incredibly make his Crucible debut. O’Sullivan may be 45 years of age but the greatest player to ever pick up a cue can still turn it on. Plenty of punters will be backing the Rocket to make it a Magnificent 7 and match the King of the Crucible Stephen Hendry’s record.

The Rocket is not the favourite this year that is 2019 Champion Judd Trump. Trump was unplayable at times back then and this season has won 5 ranking events. He will have plenty of supporters at 11/4 and although I would not be surprised if he went all the way again this is a marathon of the body and mind. You need stamina and skill and once described by Ronnie O’Sullivan as the Rolls-Royce of the baize John Higgins is just too big a price at 10/1. He has not been that short for years and as John Parrott said at yesterday’s draw, he still feels he’s got another World Champs in him. Higgins has been superb this season, battering Ronnie O’Sullivan in the quarters of the Betfred Masters, and winning the Players Championship he only dropped 4 frames of which 3 came in the final against Ronnie.

John Higgins is in the top half of the draw which looks far tougher. Trump is in the bottom half which in theory looks easier, however Trump could face a box office smash in the semis against Neil Robertson. However, the draw at the Crucible never quite pans out like it should, and if Trump fails to make snooker great again, there’s another course and distance winner in the bottom half. Shaun Murphy won the title in 2005 as a qualifier and beaten finalist in 2009 and 2015. Shaun has been complaining of missing the crowds, well they are back, and the knowledgeable Crucible audience might just inspire the Magician and at 22/1 looks a decent each way bet.