Luca Brecel piled yet more final misery on John Higgins on Sunday night by winning the Scottish Open final. The 26-year-old Belgian enjoyed just a second ranking tournament success with a 9-5 victory over his illustrious opponent in the event’s temporary home of Llandudno.

It was a sweet moment for world No18 Brecel, who only a week before had lost the UK Championship final to Chinese sensation Zhao Xintong in York.

He got to lift the Stephen Hendry trophy, pocket the £70,000 first prize and will be the No2 seed at this week’s World Grand Prix for the top 32 performers this season. But agonisingly for four-time world champion Higgins, 46, he has now lost all four finals contested this season. The Scot’s great rival Ronnie O’Sullivan lost all five of his last season.

Despite being the most consistent player of the campaign, world No7 Higgins, who won the last of his two Scottish Opens in 1996, remains without any silverware. He lost the Northern Ireland and English Open finals both 9-8 after leading 8-6 to Mark Allen and Neil Robertson respectively – and then was thumped by Judd Trump in the Champion of Champions.

Brecel was a child snooker prodigy as a young teenager, and his prodigious talent meant there was some surprise he had only won the China Championship in ten years on tour. But he struggled with the huge expectations and the dedication required after joining the tour so young at 16.

And Brecel has also battled to overcome loss of form, a shoulder injury and cue problems leading to depression – however he has looked very sharp this term and this has been coming.

But there was more disappointment and devastation for Higgins, who had played so brilliantly to beat Ronnie O’Sullivan 6-1 in the semi-finals. As well being in a fourth final defeat in just eight weeks, he could have set a longevity record for biggest distance between first and most recent ranking wins at 27 years.

It was a first win in a major event over Higgins for Brecel, who had joked on the eve of the final that if this was Belgium v Scotland in football it would be 9-0. It certainly wasn't that, but Higgins' Tartan Army of fans were still left empty-handed. 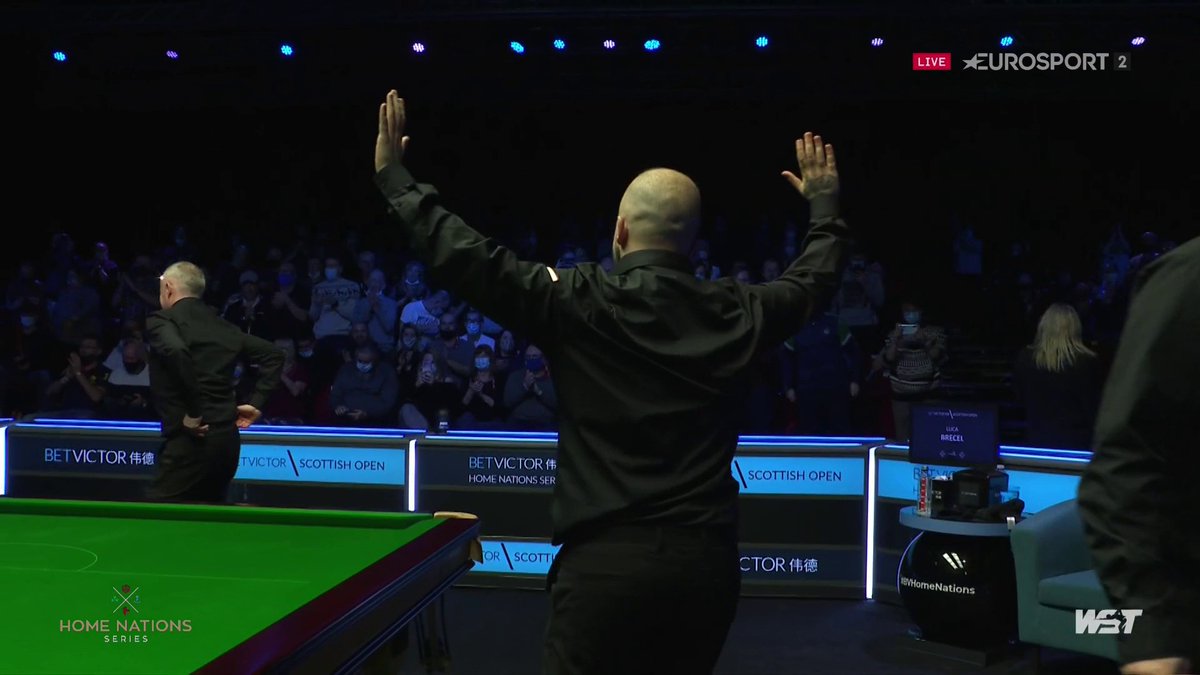 Brecel, who won it with a magnificent break of 127, is the trailblazing figurehead for snooker on mainland Europe and the game's bosses will hope this inspires ever more youngsters to take up the sport across the continent.

He said: “I feel amazing. I said to John it is an honour to play him, so to beat him in a final is amazing. I was happy to get over the line because he is the worst person to see coming back at you from 8-2. Winning this after losing the final at the UK is a big thing for me, and I can hardly believe it.

“Now I need a lift to Coventry for the World Grand Prix because there is no rest before the next tournament. One more then I have four weeks, go home, see the family and watch the darts.”

Higgins, who battled bravely from 8-2 down, said: “Luca was too good today, he really was. We are lucky in snooker right now, we have young stars and people watching who want to be the next Luca.

“I am really pleased for his family, they have been everywhere with him since he started but couldn’t be here this week. He is a great addition and will be one of the best in the world.

“It is folly that Luca is Scottish Open champion, runner-up at the UK and he won’t be at the Masters. Something should be done, he should be there.

“But I’ll dust myself down and go again next week – and maybe try and get to another final in Coventry. The last two finals I haven’t been too disappointed, I haven’t played my best and the other guys were too good.”

Both players were desperate to lift a trophy – with Higgins having finished a runner-up three times already this term and Brecel coming straight off defeat in the UK Championship final.

Whoever won the Scottish Open in Wales was going to end up as some sort of quiz question answer in the future. But it was Brecel who broke far quicker from the traps, racing into a 3-0 lead helped by breaks of 96 and 61. Higgins froze the Belgian out to get on the board in frame four.

But Brecel powered on, stealing the next two after Higgins had chances in both to stand 5-1 ahead. And after a break of 70- from the Scot, he finished the afternoon 6-2 up after a run of 104.

In dire need of the first frame of the evening, Higgins broke down early on and Brecel swooped with a break of 79 – before putting himself on the brink with a run of 64. Higgins won three on the spin to pull back to 8-5 – but Brecel took his chance in frame 14 to close it out with a century.