Motorsport
News
The Sprints were introduced in 2021 and over the last two years, three have taken place per season
Conor Keane
17:46, 27 Sep 2022

Formula 1 have confirmed that they will run six Sprint events a season from 2023 onwards after finally receiving approval for more of the Saturday races.

Doubling the amount of Sprint events has long been backed by teams, but has been a source of contention between F1 and governing body FIA, who had suggested earlier this year that the sport would continue with just three.

But F1 and the FIA have held positive discussions on the format, the shorter Saturday race that sets the grid for Sunday's Grand Prix, and increasing the number to six a season was sanctioned by the World Motor Sport Council on Tuesday.

F1 has data from the first two seasons of sprint events being included in 2021 and 2022. It shows that the sprints boost both television audiences and income, and many organisers are interested in hosting them at their Grands Prix.

The venues for the six events are yet to be confirmed, but F1 have already revealed a record 24-race calendar for 2024.

"I am pleased that we can confirm six Sprints will be part of the Championship from 2023 onwards, building on the success of the new format introduced for the first time in 2021," said F1 president and CEO Stefano Domenicali.

"The Sprint provides action across three days with the drivers all fighting for something right from the start on Friday through to the main event on Sunday - adding more drama and excitement to the weekend.

"The feedback from the fans, teams, promoters, and partners has been very positive and the format is adding a new dimension to Formula 1, and we all want to ensure its success in the future." 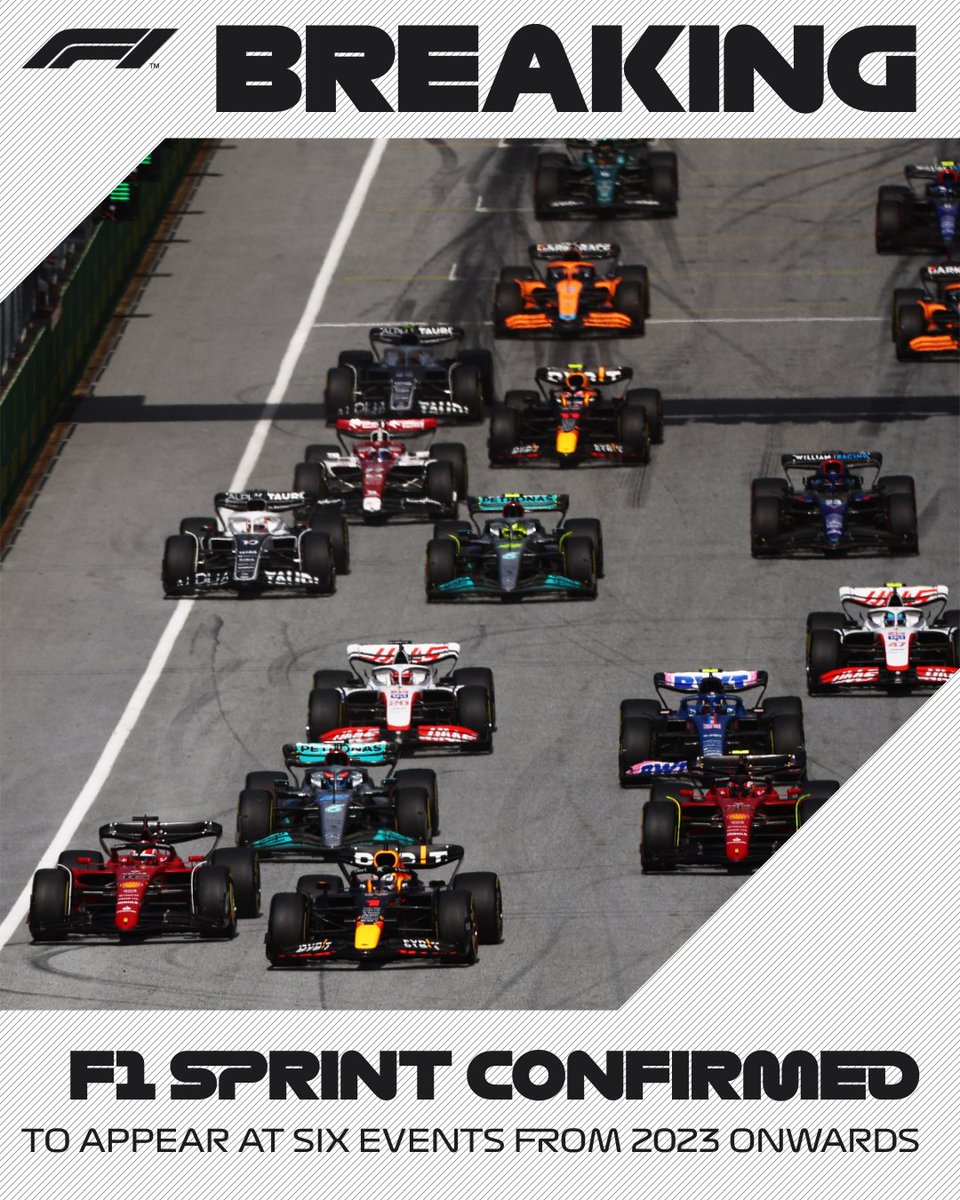 "The confirmation that six race weekends featuring Sprint will take place from the 2023 FIA Formula One World Championship season onwards is another example of the continued growth and prosperity at the highest level of motor sport," added FIA president Mohammed Ben Sulayem after the WMSC vote.

"Thanks to close collaboration with Stefano Domenicali and our colleagues at FOM, we concluded a thorough analysis on the impact of additional Sprint sessions, and have adjusted relevant parameters of our work to ensure that they continue to be regulated at the very highest level.

"Sprint sessions provide an exciting dynamic to the race weekend format and have proven to be popular over the past two seasons - I am sure that this positive trend will continue and am pleased that the World Motor Sport Council has today given its approval for them to go ahead.”