Snooker
News
A 6-0 win to the Belgian Bullet was the standout story on Tuesday evening
Simon Lillicrap
23:06, 30 Nov 2021

The York Barbican saw a remarkable whitewash on Tuesday evening as world number 40 Luca Brecel pulled off a sensational 6-0 drubbing of 2004 UK Champion Stephen Maguire despite a high break of just 50.

This was the first meeting between the pair since Brecel beat Maguire in the last 16 of this competition in 2016 and the Belgian made sure that history repeated itself to the delight of the Yorkshire crowd.

He didn’t quite come flying out of the blocks but Brecel was simply good enough to put Maguire into tricky positions and when it came to the key moments, the Glasgow-born potter failed to deliver. In the opening frame he missed a double that handed his opponent the chance to take the first frame, which he took gratefully after potting a tricky yellow.

In a week where we have already seen so many top ten players exit prematurely, Brecel was keen to add Maguire’s name to that list and made light work of the second frame with a run of 50 and the third followed soon after.

It seemed as if Maguire simply couldn’t get going as the Belgium Bullet stifled him on the table and as he stretched his lead into the fourth frame, it just seemed as if the game had fallen away from Maguire as the pair went into the interval. It was a complete off day for the man that tasted success here back in 2004, but that perhaps takes something away from Brecel’s individual performance.

Judd Trump Reckons It Is Ronnie's To Lose 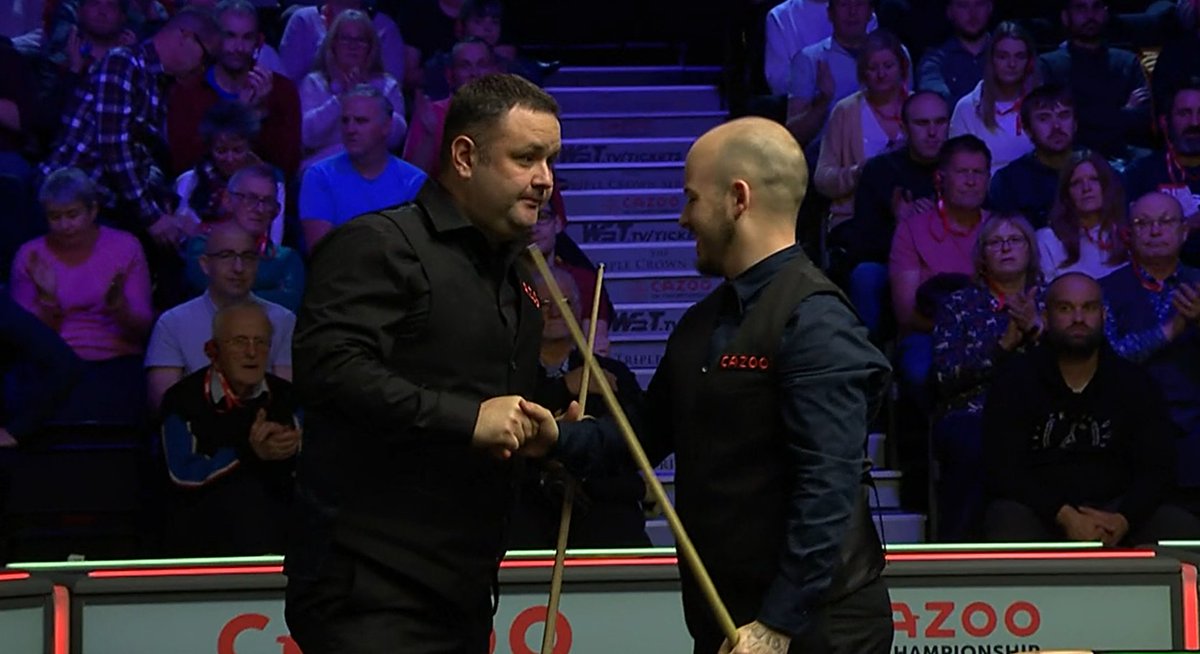 He came out and after a fifth frame that went back and forth after a couple of mistakes from both players, he made a sensational cut-back to win the frame. It was a truly brilliant pot from a man full of confidence and the sixth and a scrappy final frame soon followed, despite Maguire’s attempts to make a game of it.

A 6-0 win was not what we were expecting heading into this match-up, but then this UK Championship has been jam-packed full of surprises so far. Earlier in the day Judd Trump was put out by his friend Matt Selt, while Stephen Hendry, Jimmy White, John Higgins, Mark Williams, Mark Selby, Neil Robertson, Ding Junhui, Shaun Murphy and Matthew Stevens have also exited the tournament earlier than expected.

That means Ronnie O’Sullivan is the favourite to lift his eighth UK Championship, but Hossein Yaffai, the Iranian sensation is still in after he got past Xiao Guodong with a 6-2 win tonight, having knocked out Mark Selby in the last round.