And then there were eight…

After finally beating Germany in a knockout game for the first time since winning the 1966 World Cup, England find themselves in the quarter-finals of what is beginning to look like a very winnable competition.

Defending champions Portugal are gone, as are world champions France. The Netherlands looked a force to be reckoned with before crashing out to Czech Republic, and the fear of being dumped out by Croatia in a major tournament again is no more after they were beaten by Spain.

Is football actually coming home? It just might be, you know.

However, there are seven other proud nations that might have something to say about that.

While the country awaits Saturday’s clash with an injury-stricken Ukraine outfit, there’s the small matter of two other quarter-finals on Friday.

Switzerland’s reward for eliminating pre-tournament favourites France in the most dramatic fashion is a last-eight encounter with a Spain team who have scored five in each of their last two Euro 2020 games.

Vladimir Petković’s men took a surprise early lead last time out, only for the French to rally with a Karim Benzema brace and an exquisite Paul Pogba effort. Not to be denied, the Swiss fought back with an 81st-minute strike and an equaliser in stoppage time to force extra time.

With neither side managing a breakthrough, Switzerland held their nerve to progress via a penalty shootout after Kylian Mbappe saw his spot-kick saved.

Even without suspended captain Granit Xhaka, confidence will be sky high in the Swiss camp, and it will need to be as they take on a Spanish side with 10 goals in their last two outings.

A 5-0 thumping of Slovakia ensured progression from a group that they had previously struggled in, and Luis Enrique’s men have found their groove at the perfect time.

They also let a two-goal lead slip in drawing 3-3 with Croatia, but their undoubted quality shone through in extra time as Alvaro Morata and Mikel Oyarzabal bagged in the first half of the additional 30 minutes to send Spain through.

Betfred make Spain 1/3 favourites to qualify while Switzerland are available at 9/4 to spring another surprise. 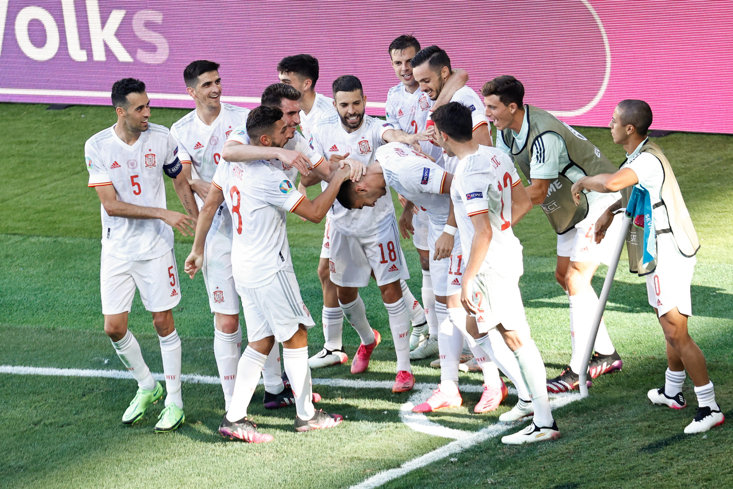 If Belgium’s 'Golden Generation' are finally going to fulfil their potential and win a major tournament, they’re going to do it the hard way.

In topping their group, they were handed an unenviable draw against Portugal in what was billed the 'Clash of the Titans'.

It was tight, it was scrappy, but a moment of quality from Thorgan Hazard was enough to keep Roberto Martinez and his side alive at this summer’s tournament.

After dispatching of Cristiano Ronaldo’s reigning champions, FIFA’s world number one ranked nation have been handed an equally tough quarter-final clash against an Italian side who conceded their first goal in 11 games against Austria last time out.

Again, extra time was required with the scores locked at 0-0 following the initial 90 minutes, with Federico Chiesa and Matteo Pessina scoring the goals which booked Italy’s place in the last eight.

The Betfred betting for the Allianz Arena clash is tight, with Italy the slight 4/6 favourites to progress, while Belgium can be backed at 11/10.