“We’re not here to take part, we’re here to take over,” the words of UFC’s most famous and infamous superstar Conor McGregor. It was July 2014 and it was the moment the Irishman, winning with a knockout in his hometown of Dublin, announced himself on the UFC stage. His fortunes reflected those of the business he was in, as he grew, so did the UFC.

It’s now nine years to the day since the UFC first went mainstream, when Junior Dos Santos went head-to-head with Cain Velasquez on the prime-time TV slot on Fox in the United States. Back then the company was believed to be worth around $20m and ‘The Notorious’ was working as a plumber. Now it’s taken over and gone global, so there’s no doubt the last decade belongs to the UFC, and here’s the knockout numbers to prove it...

That is the mind-blowing value of the UFC right now. It was sold for $4bn four years ago, which was the richest sale in the history of professional sports. And it’s gone from strength to strength ever since. Not a bad return for a company that was bought out of bankruptcy for $2m in 2001. Now it is a giant commercial entity and its growth has skyrocketed through the popularity of star names like Jorge Masvidal and Khabib Nurmagomedov. And it’s only going to get bigger.

The value of the UFC went through the roof in recent years thanks in a major way to the deal it brokered with ESPN. For the princely sum of $1.5bn the broadcaster agreed to show 30 live events a year. Over five years, the UFC will rake in $300m per year, with fans able to watch on fight channels as well as a streaming service, boosting exposure and attracting new followers.

Dana White is the face of the UFC, the man behind the brand. Think Eddie Hearn but bigger, way bigger. And richer, way richer. But, like Eddie, he’s the man who sells the fights. And the man who deals with the fighters. The brains behind growing the company to the gargantuan force it is today - there are now fights in 175 nations - White, who turned 51 in the summer, boasts a net worth of half a billion dollars.

Originally the manager of MMA fighters Chuck Liddell and Tito Oritz, he convinced two friends to purchase the UFC and was instated as president. The rest is history. 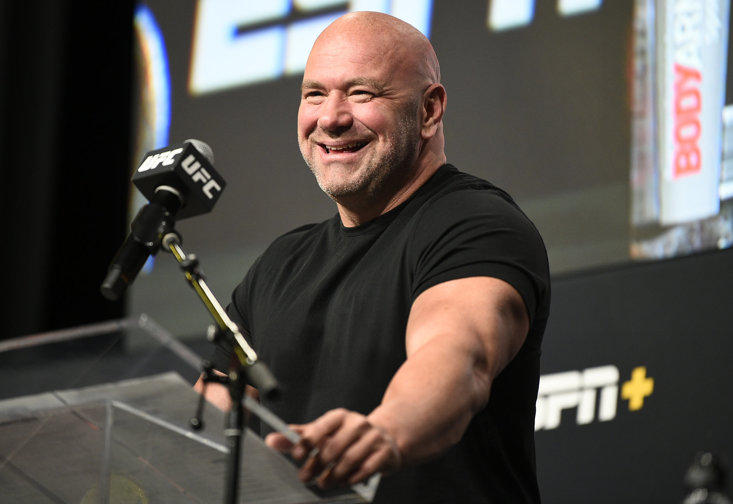 Conor McGregor is the biggest name in UFC history with his personality, outlandish statements and penchant for controversy catching the eye even more so than his fighting talent on many occasions.

The Irishman’s prowess opened so many doors and he now has a vast $120m fortune to his name through major fight deals, sponsorship with Monster Energy and Beats by Dre, and even his very own Proper 12 Whiskey. Now 32, he has predicted he will be a billionaire by 35 and, with so many ventures, you’d be foolish to doubt him.

Mcgregor’s fight against Khabib Nurmagomedov proved to be a huge ratings winner and took the globe by storm back in October 2018, with a massive 2.4m PPV buys. It is still the UFC record. The millions watching from home, glued to their screens, got far more than they bargained for after Khabib tapped out McGregor before sparking a melee in the crowd in one of the most astounding moments in UFC history. All the drama.

Getting the better of one of the showmen of the sport is a way to get yourself noticed and that’s certainly what happened to Khabib, who pocketed a cool $6m after defeating Justin Gaethje in October. Following the sad passing of his father, the Russian confirmed this would be his final bout and said with emotion, “Today I want to say this is my last fight. No way am I coming here without my father.” 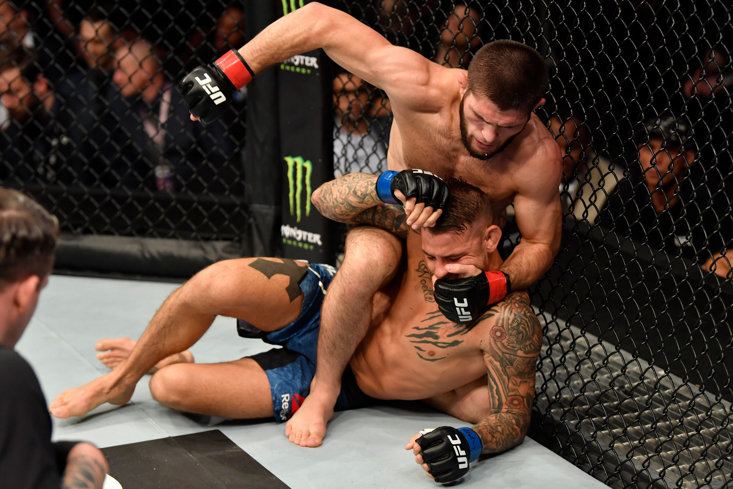 That’s how many PPVs were purchased for the UFC’s maiden Fight Island this summer. As sport ground to a halt globally when Covid-19 ravaged its way across the world back in the spring, the UFC made the decision to do its best to crack on. And it proved popular with many. Jorge Masvidal’s defeat by Kamaru Usman in Abu Dhabi in July was the sixth most-viewed event in UFC history. A card of four events including two title fights raked in nearly $78m, with UFC 251 priced at $64.99 a pop. It’s a nice, welcome boost to the coffers during a testing year.

Masvidal may have lost to Usman but he holds the record for the fastest knockout in UFC history, wiping out Ben Askren in just five seconds. Meeting in 2019 in Las Vegas, the Miami native was not messing about and launched a knee at his opponent’s temple, wiping him clean out. “[It's] nothing personal, it’s just business. I’m here to get these cheques and get paid,” said Masvidal after the fight.

This is the global value of the gaming market, something UFC was quick to get itself immersed in. Back in 2012 the organisation put pen to paper on a deal with EA Sports, and together they were able to go global. There’s been a mixed response to their games through the decade but the recently released UFC 4 stormed to the top of the UK gaming charts. Boasting an incredible 229 fighters, gamers can get right into the virtual world of UFC with the aim of the game being to ensure your custom fighter becomes the G.O.A.T.

UFC 243 in 2019, which saw Robert Whittaker take on Israel Adesanya, was a sell-out at Marvel Stadium in Melbourne. With the UFC so big and boasting such global appeal, a whopping 57,127 excited fans packed in to watch the fighters go head-to-head in the cage; trumping the 2015 total of 56,214 at the same venue. It also proves the global appeal of the sport.

Adesanya, of New Zealand, got the better of Australian Whittaker in three minutes and 33 seconds, claiming the title of undisputed UFC middleweight champion in the process.