For much of the 1980s and 90s, Williams Racing was the biggest name in Formula One and Frank Williams one of the sport’s greatest assets. With names like Alan Jones, Keke Rosberg, Nigel Mansell, Alain Prost, Jacques Villeneuve and the late, great Ayrton Senna occupying its cockpits, Williams became a team synonymous with success as founder and team principal Frank and chief engineer Patrick Head gave some of the world’s most iconic drivers the globe’s most desirable cars.

Sir Frank, who died on Sunday at the age of 79, helped to take F1 to a whole new level during his 54 years in the sport, but it was over those two decades that his team particularly shone. After winning four Constructors’ titles and three Drivers’ Championships in the 1980s, the early 1990s would see Williams become utterly dominant.

In 1992 the team had built the best car in the field by a country mile and in Nigel Mansell they had the perfect driver to take advantage. The Brit won the first five races and nine in total as Williams collected almost as many points as the second and third-placed teams, McLaren and Benetton, had earned between them.

As Frank Williams and Patrick Head began to truly dominate, it felt like every one of the world’s greatest drivers wanted to be a part of the action. They even had Mansell, Prost and Senna to choose from ahead of 1993, and when they plumped for the Frenchman, Mansell decided to quit F1 rather than rub shoulders with a long-time rival, while Senna and Prost had been enemies for just about as long as anyone could remember.

The result was another world title though, with Prost and teammate Damon Hill winning 10 races between them as the former won the Drivers’ crown and Williams this time outscored second and third combined in the Constructors’ rankings.

Lewis Hamilton
@LewisHamilton
Sir Frank Williams was one of the kindest people I had the pleasure of meeting in this sport. What he achieved is something truly special. Until his last days I know he remained a racer and a fighter at heart. His legacy will live on forever. 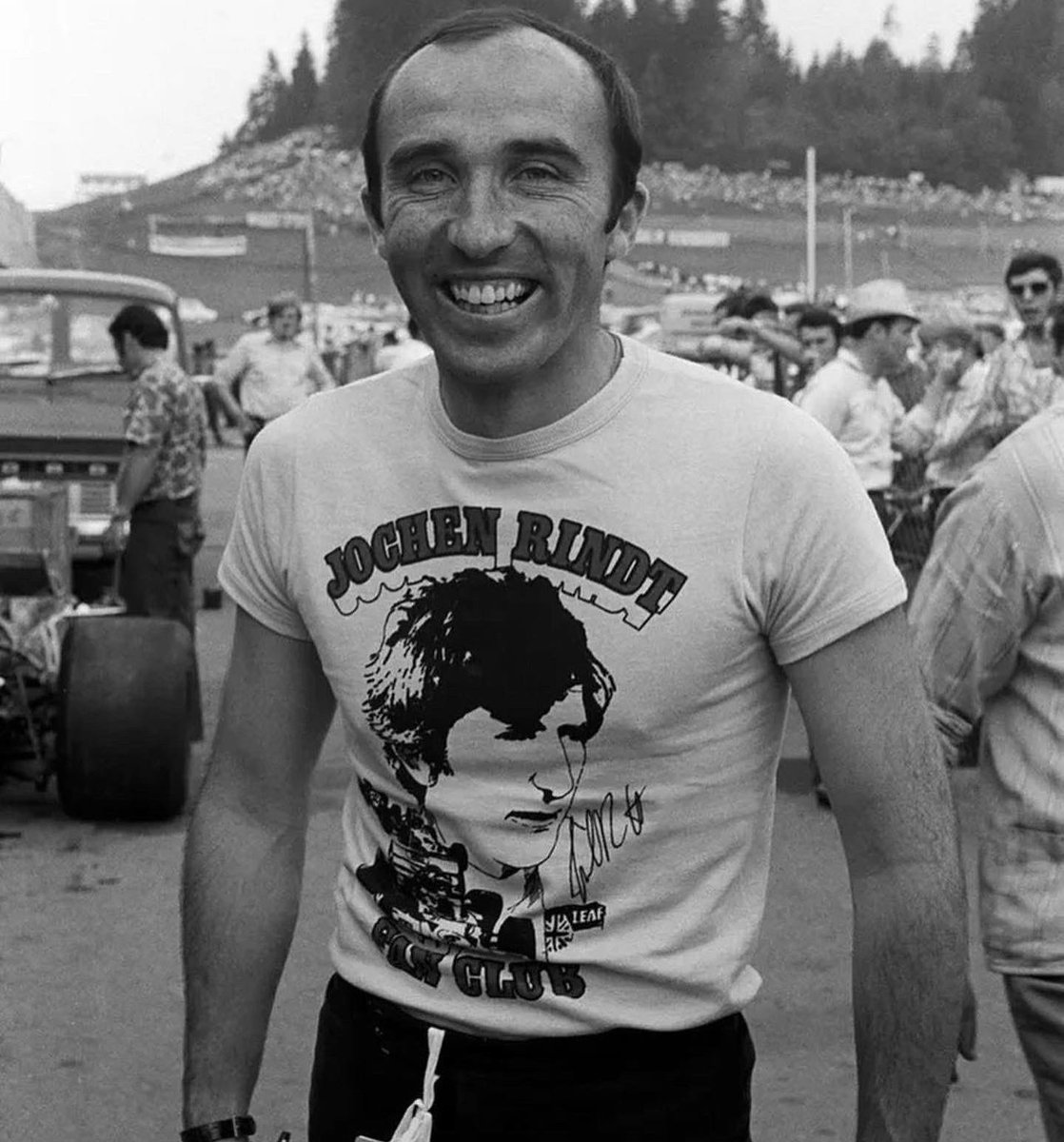 While 1994 is best remembered for the tragic death of Senna at the San Marino Grand Prix in Imola in only his third race with Williams after replacing Prost, the team went on to lead the sport in reacting from the episode with improved safety measures. They did so while continuing to set the standard on the track.

After missing out on the chance of a fourth straight team title in 1995 at the hands of the increasingly brilliant Michael Schumacher at Benetton, Williams went on to win 12 of 16 Grands Prix in ’96 as new world champion Hill and Villeneuve swept through the calendar with six one-twos and a gold and silver in the Drivers’s standings.

When Hill was jettisoned for 1997, Villeneuve stepped up to ensure Williams did the car and driver double again. It was a fifth Constructors’ crown in six years for Frank Williams and Patrick Head, and further proof that what they had built was a near-unstoppable machine.

Frank had done all this after a brief spell as a driver and mechanic, eventually setting up his own team in 1966. Those later glory years of Williams Racing had come at a time when Frank himself was living with a new reality. Ever since suffering spinal injuries in a car accident in France in 1986 which so easily could have taken his life, he was confined to a wheelchair.

He continued to act as Williams team principal until late 2020 before handing over the reins to daughter Claire, and while there would never be the same kind of success again that was achieved in the late 20th-century, Frank never lost his love for racing. A true pioneer of motor sport, he was one of the unbreakable pillars of British sport, and he will remain so for many years to come.

Frank Williams, one of the greatest minds and most-widely respected people in British sport, will forever be missed by the whole world of motor sport.

x
Suggested Searches:
Manchester United
Liverpool
Manchester City
Marcus Rashford
Premier League
More
boxing
The Day Ali Talked A Suicidal Man Down Off The Ledge Of A Beverly...
Wilshire Boulevard in Los Angeles cuts right through the heart of Beverly Hills. One particularly famous [ ... ]
boxing
From Broadway To Hostage Negotiation: Ali's Best Moments Outside...
Muhammad Ali transcended the world of not just boxing, but sport as a whole, like no other athlete who [ ... ]
football
Zaha's Double, 1989 And 'Poogate': Inside The Brighton v Crystal...
This article first appeared in The Sportsman on 27th September, 2021 Crystal Palace against Brighton [ ... ]
boxing
Remembering The Fight That Sparked Sport's Greatest Rivalry:...
This article first appeared in The Sportsman on 12/01/20 “I hated Ali. God might not like me talking [ ... ]
boxing
George Foreman’s Faith: How The 45-Year-Old Heavyweight Stunned...
George Foreman swept through the heavyweight division like a hurricane, obliterating nearly all who [ ... ]
boxing
Last Round, Folks: When Boxing’s Invisible Champion Was Blitzed...
History has not been kind to Floyd Patterson. Countless world champions have drifted through the annals [ ... ]
boxing
The Life And Times Of Heavyweight Legend Jack Johnson
What do Alan Turing, The Doors frontman Jim Morrison and the comedian Lenny Bruce have in common? These [ ... ]
boxing
Pacquiao: From Poverty-Stricken School Drop-Out To Eight-Weight...
"I knew without a doubt I would become a fighter - I knew that the underdog can, and often does, [ ... ]
sports
Hulk Hogan, Mr. T And Madison Square Garden's Five Greatest...
It’s named after the fourth President of the USA. It’s where George Harrison had his concert [ ... ]
snooker
VR Mishaps, Pig Farms And American Hustles: When Ronnie O’Sullivan...
As it's snooker legend Ronnie O'Sullivan's 46th birthday, we thought we'd take [ ... ]
sports
Meet The Man Who Climbed Everest, Partied For A Week, Then Climbed...
This article first in The Sportsman on 08/12/19 There’s nothing normal about Nirmal Purja. After [ ... ]
football
How Cantona Made Manchester United The Dominant Force Of The...
It started with Leeds United making an enquiry about signing Denis Irwin and finished with Manchester [ ... ]
football
Almost 30 Years Since THAT Goal, Davide Gualtieri Is Still San...
8.3 seconds, 28 years ago. That’s all it took for part-time footballer, part-time computer [ ... ]
boxing
River Wilson Bent Talks Coventry City, Newborn Baby And British...
“Imagine if Coventry City made it to the Premier League and I brought the British title home for [ ... ]
football
Neil Warnock - The Record Breaking Football Lover That Just...
When the whistle blows at Kenilworth Road for Luton Town's home match against Middlesbrough on Tuesday [ ... ]
football
Leicester's City Progress Is Proof That Vichai's Vision Has...
On this day three years ago Leicester City lost their influential owner, Vichai Srivaddhanaprabha in [ ... ]
rugby-league
The Birth Of The Grand Final: Rugby League's Biggest Of Big...
“I’ve said it for years… the last game of the season should be the most important,” [ ... ]
football
Celebrating Arsenal's Invincibles With The Stats That Tell The...
There’s Sergio Agüero winning it in Fergie time. Liverpool finally ending 30 years of hurt [ ... ]
football
From Balotelli To Bullard, The Premier League's Greatest Ever...
It's been a full decade since Mario Balotelli lifted his shirt in Manchester City's 6-1 [ ... ]
motorsport
On This Day: Rookie Lewis Hamilton Loses F1 Title In Controversial...
On this day in 2007, we witnessed perhaps the greatest end to a Formula One season we have ever seen. [ ... ]
motorsport
How Lauda's 140mph Crash Marked The End Of The Age Of Innocence...
There are few worse moments to lose control than when driving at 140 miles per hour. The events on just [ ... ]
football
FA Cup Round-Up: Brilliant Buxton Make First Round As Dorking...
It was a night when Dorking Wanderers saw their dreams dashed by Hayes and Yeading, Stratford made some [ ... ]
us-sports
Celebrating Jim Brown - The NFL Movie Giant Who OJ Robbed Of...
Before OJ there was the OG. The Original Gangster. In fact he was front and centre of an action-packed [ ... ]
football
Sheriff Tiraspol - The Champions League Club With Two Faces
On the surface, it has been the underdog story of the Champions League so far. Never before has a club [ ... ]
boxing
From Taming Tyson To Bashing Buster, Evander Holyfield’s Best...
Today marks the 59th birthday of one of the best boxers to lace up a pair of gloves in the modern [ ... ]
football
Fernando Torres - Atletico's Local Hero, Liverpool's Tainted...
‘This means more’ is Liverpool’s oft-derided motto, but when they face Atletico Madrid [ ... ]
football
On This Day In 1987: The Rangers v Celtic Shame Game
Whatever the circumstances when Rangers face their Glasgow neighbours Celtic the [ ... ]
athletics
On This Day In 1968: The Greatest Sporting Protest Of All Time
Some sporting images will stay with us forever. Muhammad Ali standing over Sonny Liston, Michael Jordan’s [ ... ]
football
Dorking Wanderers Aiming To Complete The FA Cup's Ultimate Underdog...
Something is stirring in the sleepy, stockbroker-belt Surrey market town of Dorking. And if the Wanderers [ ... ]
boxing
Outside the Ropes: Jennings Gym - Training, Tunes And Gardening...
Jennings Gym is not your average boxing gym. Tucked away on the ground floor of a former cotton spinning [ ... ]