Let’s start with the numbers, because they are mind numbing. Cristiano Ronaldo is the second highest paid athlete on the planet right now. From June 2019 to the same month this year CR7 earned £80m, according to those in the know at Forbes. Only tennis legend Roger Federer took home more, with an estimated £80.5m income. But Ronaldo is the clear leader on social media, as he’s the world’s most followed athlete with more than 450m total followers. And he makes almost half his money on endorsements with the likes of Nike, Tag Heuer, DAZN and Herbalife. He’s a fashion icon too, the man who loves a skin-tight t-shirt has a growing fashion brand, called CR7, that sells everything from boots to briefs. Seriously, is there nothing this man cannot do?

Fancy footwork away from football

Ronaldo’s deal with Nike is believed to be worth $1bn over the course of his lifetime. He signed on the dotted line in 2016 and it’s expected to run long after he retires (which he’s showing no signs of even considering just yet!).

But it’s not just football boots that he’s known for, his fancy footwork extends well beyond the pitch. Sandals, slippers, shoes and sneakers, he’s got the lot. The collection is divided into Luxury, Premium and Basic range for both men and boys, with varied and unique styles including coloured desert boots, trendy loafers, hand-sewn moccasins, urban oxford shoes, real blake stitched classic derby shoes and authentic Goodyear welted styles. And according to the sales pitch on his CR7 website, his footwear collection reflects “the diverse needs of contemporary men, ranging from the more formal design of the classic men's shoes to more casual and versatile propositions”.

Apparently Nike were none too pleased their star man was getting into the shoe business but they kissed and made up, and his range is going from strength to strength. Walk in this man’s shoes? We’d love to... 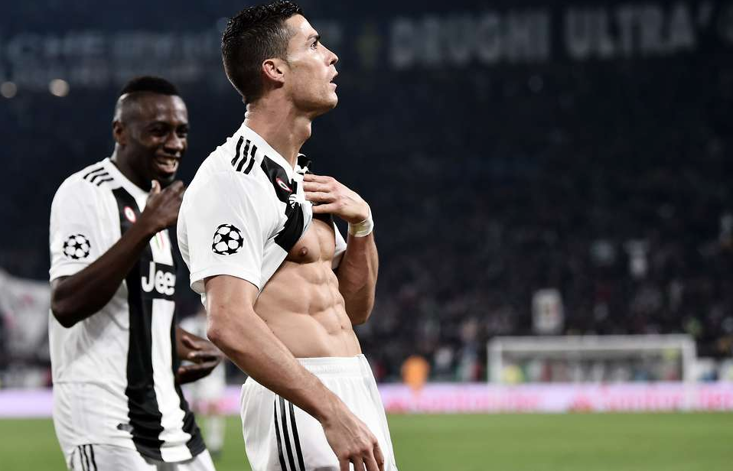 Ten years ago he replaced Goldenballs himself, David Beckham, as the face of Armani underwear and jeans. The four-year deal was said to be worth £1.2m annually. We could make a lame joke about it being a big package, but we’re above all that.

It kicked off with a range of stunning images of the then 24-year-old in the briefest of briefs, showing off the abs he keeps in shape with 3,000 sit-ups a day. Talking to the media at the time Ronaldo said he was very flattered to be asked to model for the brand, and was reported to be very pleased with the striking pictures. And when the partnership was up, the Portuguese legend decided he could make more money launching his own brand of underwear. So that’s what he did. His CR7 range sells, briefs, trunks, World Cup-themed underwear and he even throws in some socks for good measure. He collaborated with designer Richard Chai, known for his work with brands such as Armani Exchange, Donna Karan and Marc Jacobs. And business is reported to have gone through the roof when he switched from Real Madrid to Juventus in 2018, as Italian fans fell in love with all things Ronaldo. 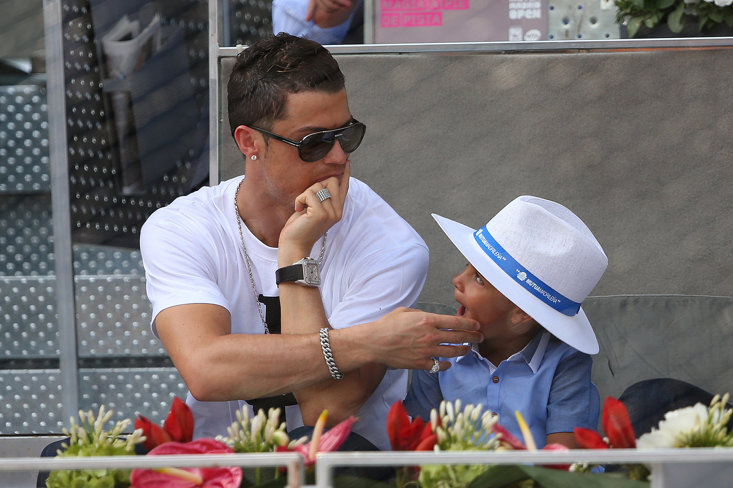 In December last year the Juve star was pictured wearing the world’s most expensive Rolex - worth a whopping £380,000. The Rolex GMT Master Ice is 18-carat white gold and covered with some 30 diamonds. He was spotted wearing the stunning timepiece when he flew to the Middle East for the Dubai International Sports Conference. And it wasn’t his only bit of bling on show, he teamed it up with an enormous cushion cut yellow canary engagement ring on his middle finger, surrounded by dozens of sparkling diamonds. It was estimated to be worth £200,000 and was next to a diamond encrusted eternity ring, believed to cost £50,000. According to our maths that’s £630,000 worth of jewellery, just on one hand!

But here’s the thing, he’s been seen out dripping in even more expensive jewels before. He is the owner of a very rare Franck Muller watch, valued at an eye-watering £1.2m. He was also the first football player to be paid by TAG Heuer to endorse their products. He has been spotted wearing some spectacular timepieces made by the company, including the awesome TAG Heuer Carrera Mikrotourbillon S, which retails at £140,000.