Football
Features
The legendary Welshman made his senior debut as a 17-year-old substitute against Everton on this day in 1991
Kris Voakes
15:20, 02 Mar 2021

Ryan Giggs was always destined to be a star.

“Myself and Bryan Robson went to see the youth team play at Preston one night, and Bryan went ‘That boy’s going to be a superstar.’ You just knew it,” former Manchester United defender Viv Anderson told me in 2018. “He came from school, he must have been 15, playing for the youth team in a Youth Cup game. And you could see he was going to be a superstar.”

Within six months, Giggs was running rings around Anderson and other first-team regulars in a training ground game. “He nutmegs me, and I say to him ‘You want to make a career? You ain’t going to be doing that again!’” joked Anderson.

He might not have nutmegged the ex-England right-back again, but what Giggs did do was achieve just about everything world football has to offer at club level. From the moment he made his United senior debut as a 17-year-old substitute against Everton on 2 March 1991, he had history in his sights. 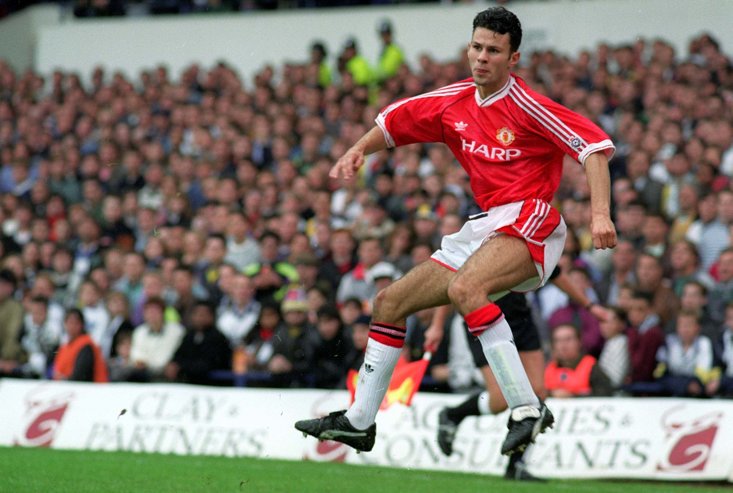 It would be two months before he would play again for the first team, with the electric Lee Sharpe proving a tough presence to push out of the side straight away, but in his next taste of the action he started and scored the only goal in a Manchester derby win against City at Old Trafford.

By the start of the following season, Giggs was Sir Alex Ferguson’s first choice on the left wing, with Sharpe, who just a few months earlier had been the catalyst behind United’s run to European Cup Winners’ Cup glory and a League Cup final, missing lengthy periods through injury. When Sharpe did return, he was left to fight it out with Andrei Kanchelskis for a place on the right. Giggs was already undroppable.

The numbers which followed, everybody knows about. The 13 Premier League titles, two Champions League wins, 963 appearances, 168 goals and not a single red card. The images are well-known too, not least the iconic snap of him bare-chested, shirt whirling about his head in jubilant celebration after his magnificent extra-time winner in the 1999 FA Cup semi-final replay against Arsenal.

He became the one familiar face of Sir Alex Ferguson’s ever-changing Manchester United. While the great Scot famously found a way to regenerate his squad, Giggs was a part of every single step. He was the flying winger of the 1990s, the cultured midfielder of the early 2000s and the talismanic metronome of the latter years under Fergie. 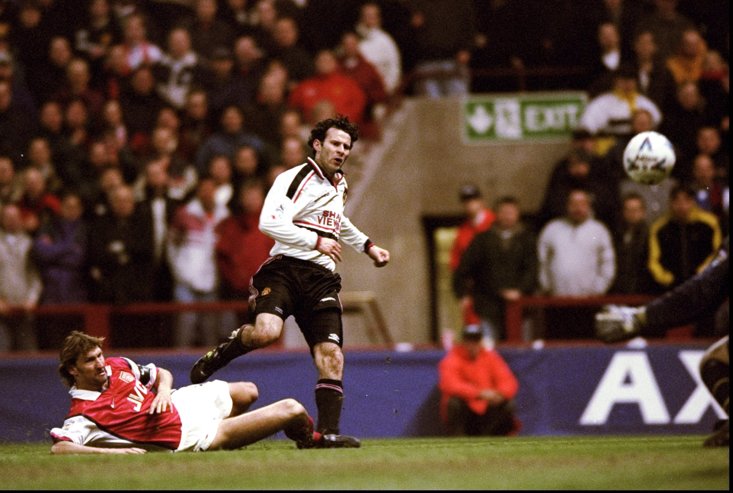 His secret was in his professionalism. Sure, he had the incredible talent that Robson and Anderson had spotted at that Youth Cup game in the 80s, but he was also dedicated enough to make the most of his ability for as long as he possibly could.

“I just wanted to train, to play football every day. I couldn’t prepare myself properly to play once every few weeks,” his long-time teammate Paul Scholes told the Robbie Fowler Podcast in February. “Whereas someone like Giggsy, he could do it perfect, he had it off to a tee. He liked to stay in, he liked to have a stretch and a massage every couple of days, and he could manage himself better than I could.”

He was 40 when he retired from playing, giving an emotional speech on the Old Trafford pitch after a 3-1 win over Hull City in 2014 in which he’d brought himself on. That was during his four-game stint as caretaker manager following the sacking of David Moyes at the end of an anomaly of a season for Giggs and United.

Until then he and Sir Alex had gone hand in hand. They had achieved so much together during the most dominant spell any club has ever achieved in English football history. For every bit that Ferguson was a managerial master, Giggs was his legendary lieutenant.

If it seems like longer than 30 years since Giggs made his United debut, it’s because he helped them to such incredible achievements that that period of English football felt never-ending. Giggs’ legacy will never be matched.