Youssoufa Moukoko made history in November, becoming the youngest player ever in Bundesliga history, when, just a day after his 16th birthday, he replaced Erling Haaland for the final five minutes of Borussia Dortmund’s 5-2 victory over Hertha Berlin in the German capital.

Tipped for a big future, but he’s not the only teen getting tongues wagging, here’s a look at Youssoufa and the other young, young, guns starting to make a name for themselves across Europe. Use this info to impress your mates on those Zoom calls, or to improve your scouting skills on Football Manager in the virtual world. You decide. 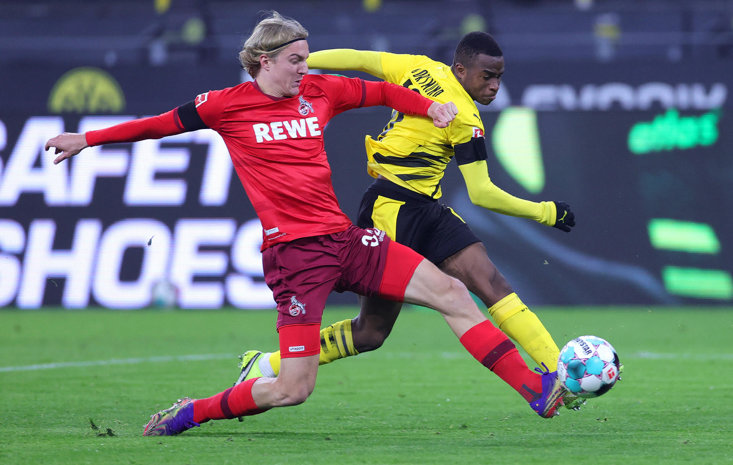 “Moukoko is much better than I was at his age. I think he's the biggest talent in the world right now. 16 years and one day, that is quite amazing,” said 2020 Golden Boy winner Haaland of his new striker team-mate. High praise indeed from someone who knows all about putting the ball into the back of the net from a young age.

With a record of 141 goals in 88 youth team games, Moukoko’s potential is frightening. Nike believe in him so much, they have signed him up to a lucrative 10-year sponsorship deal worth £9m. At 13, he told reporters he was already dreaming of Champions League glory and the Ballon d’Or. Two years later, he even received a personalised birthday gift from Lionel Messi, according to MailOnline.

Dortmund were so keen to get him on the pitch, they even succeeded in urging the German league to lower the minimum age of players from 17.

For many, natural talent allows young players to escape poverty and struggle. Diego Maradona, in the brilliant 2019 self-titled documentary about his life, admitted his dream was to make a career on the pitch so he could leave Villa Fiorito, the shanty town where he grew up, and buy his parents a house.

However, Wisla Krakow forward Aleksander Buska was luckier than most. The 17-year-old’s father made his fortune in the Polish city through the hot mulled wine known as Grzaniec Galicyjski and thus built Aleksander and his brothers a football pitch in the basement. It had artificial turf and the walls were even painted in Wisla’s colours (red, white and blue). It’s a little different from honing your skills barefoot, as some stars were forced to as youngsters due to their poor upbringings.

Becoming the youngest scorer in the club’s 114-year history back in August 2019, Buksa who stands at 6’2” and whose older brother plays in the MLS, has already been linked with Barcelona and Milan and a Poland cap won’t be far away, surely. 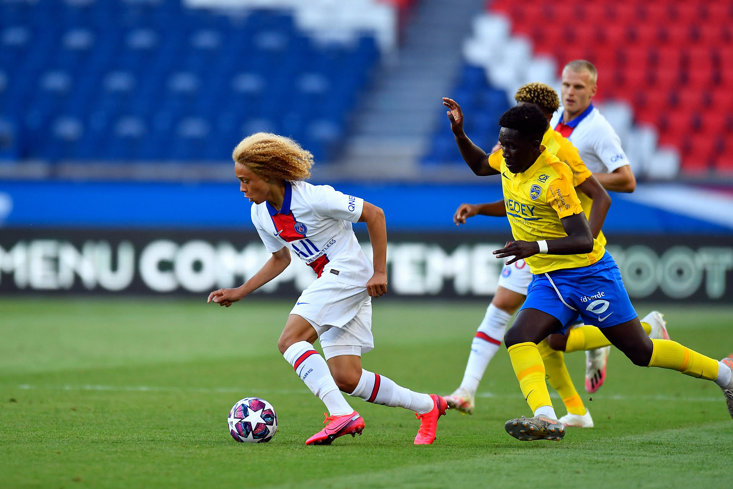 With 2.7million followers on Instagram, Simons, who is only 17, already boasts more fans on the social media platform than Premier League clubs Everton, Newcastle and Leeds. Trust us, it’s worth believing the hype.

Barcelona and PSG are already on the CV - he left the Catalan giants, whom he played for since he was seven, to join the French champions in 2019, earning €1m-a-year, according to Spanish publication Mundo Deportivo - and big things are expected from the youngster with long, distinctive curly hair who made his maiden first-team appearance in a friendly victory over Sochaux this summer.

The son of Regillio Simons, who played professionally for Fortuna Sittard, NAC Breda and Den Haag in the Netherlands, he is named after Barca legend Xavi and is a midfielder just like him.

When you’re the son of a former Real Madrid player, you’re going to have talent. When your father is Fernando Redondo, famed for his crazy nutmeg against Manchester United at Old Trafford in the Champions League back in 2000, the pressure is going to be great.

Moving up to the Argentinos Juniors first-team squad in August (that’s right, Maradona’s first club too), Redondo Jnr, who turns 18 in January, is a defensive midfielder and has already attracted overtures from club’s in England apparently. If he becomes even a tenth as good as his old man, who played 225 games for Real, the Premier League will have a real player on their hands. Watch this space. 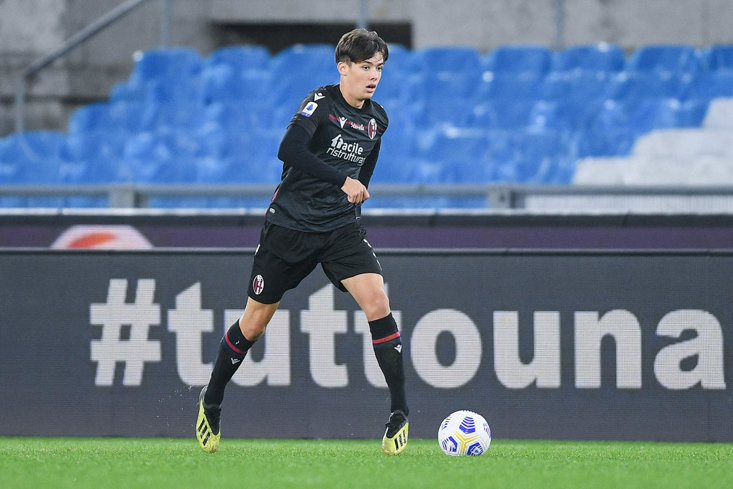 Graeme Souness played for Sampdoria in the eighties while Joe Jordan appeared for Milan in the same decade and before that, Denis Law represented Torino in the Sixties. Now, Aaron Hickey is the latest Scot to play in Serie A.

Joining Bologna from Hearts in a £1.5m deal just two months ago, the 18-year-old left-back has already made seven league appearances for the Rossoblu. Celtic reportedly made a plethora of attempts to sign him while Aston Villa and Lyon were also interested. However, the biggest indicator of his ability is that Bayern Munich were big admirers and he even went to view the club’s facilities. However, Hickey plumped for Italy, owing to the ‘family feel’ at Bologna and, if his game-time since September is anything to go by, it seems he made a good choice. He’s already faced Lazio at Stadio Olimpico and Parma. The dream for any young football fan and he’s living it.