Football
Features
The man who turned down a world record move to Manchester United became a hometown hero with Newcastle
Simon Lillicrap
08:00, 12 Oct 2021

Footballers in this day and age are judged by how many trophies they win. But when Alan Shearer, the best goalscorer in Premier League history and one of the hottest properties of his era, had the chance to join Real Madrid or Manchester United - he went home instead.

He’d already won the Premier League with Blackburn Rovers and scored more goals than most players could dream of for Jack Walker’s side before making the decision to leave Ewood Park. United had already tried to snag him before he joined Rovers, but he was keen to be a part of the Walker project - yet this time around Sir Alex Ferguson was sure he could sign him.

"Shearer had been to Alex Ferguson's house,” former Manchester United chairman Martin Edwards told NBC some time later. “He’d spoken to him and assured him he wanted to come. The problem, I think, was with the chairman of Blackburn, Jack Walker, who was not a great fan of Manchester United, [we were] local rivals, both Lancashire clubs.

“He did not want Alan Shearer to come to Manchester United. Shearer was quite close to Walker, who was like a father figure to him, and I don't think Alan wanted to upset him by coming to United. And I'm not sure Jack would have let him come anyway, whereas he was happy for Alan to go to Newcastle, I don't think that was a threat to him."

Not many players turned down Manchester United, but for Shearer, despite the fact he could have won the Premier League several more times and potentially scored even more goals, it was the best decision he ever made.

Don’t get us wrong, United had several legendary players during that time and consistently challenged for the Premier League title, but Shearer became a bonafide legend with Newcastle United, having joined for a world record transfer fee of £15m. Having stood on the Gallowgate End as a teenager and cheered on some of his footballing heroes, he was desperate to pull on the black and white stripes and emulate those players with whom he fell in love. 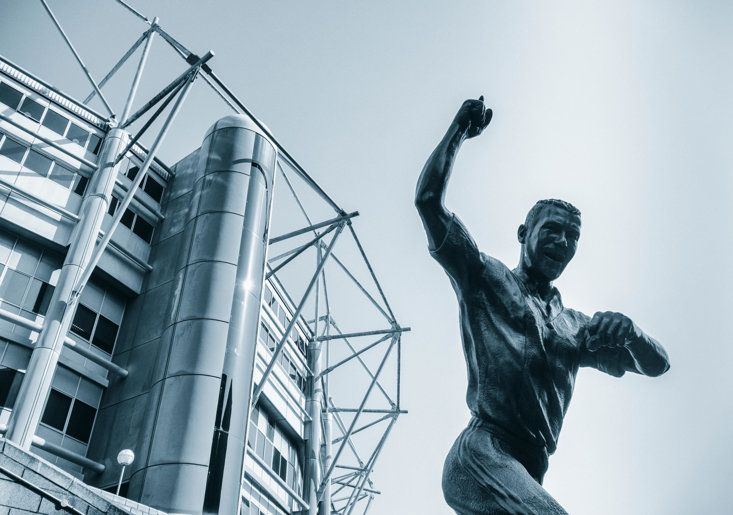 “I haven’t got any regrets whatsoever,’ he told Sky Sports. “I probably would have won more trophies but I had the time of my life, I’ve achieved my dream.”

Shearer didn’t win anything with Newcastle, but he did score 148 goals for his club. Those goals meant so much more to him because he scored them for his people. That volley against Everton, the turn and finish against Chelsea and his iconic free-kick against Arsenal. He was not only a great goalscorer but a scorer of great goals.

With his arm aloft he took the adoration of the Newcastle fans and is still cherished in the north-east to this day. St James’ Park has been the centre of the footballing world over the past few weeks, with TV stations around the world gathering to cover the takeover that will change the landscape of English football.

But in the background of those shots being beamed around the world there is a statue with his right arm held aloft. No matter which superstars join the club over the next decade, they are unlikely to ever be as loved as this particular Geordie.