He was the one player your football-naive parent would know. He’s your mum’s, your mate’s, your bloody milkman’s BFF (that’s Best French Footballer). 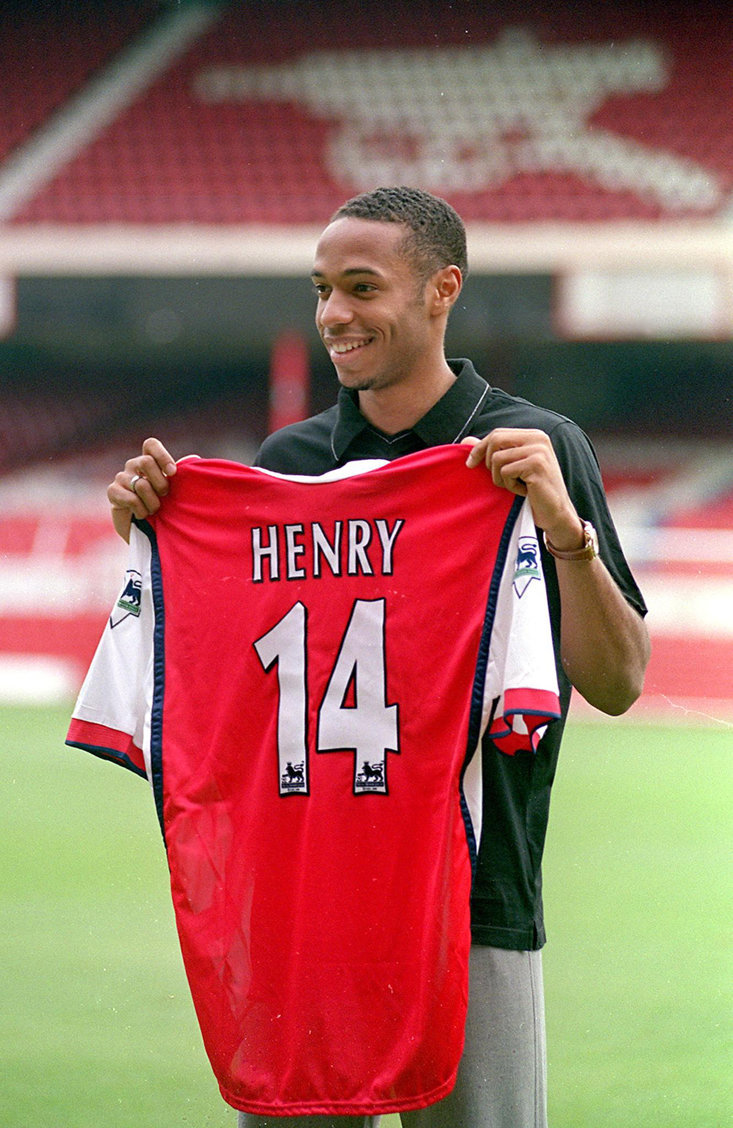 Henry wasn’t anything new - in the sense he wasn’t the first French footballer to grace English shores. He, to use an oft-utilised phrase, didn’t ‘open the door’, like his Arsenal gaffer Arsène Wenger, who arrived in the Premier League in 1996, has been seen to have done - setting the managerial tone into the 21st Century. There were Frenchmen forthcoming first. Even before Henry, at Arsenal, Rémi Garde and Patrick Vieira pre-empted the manager, and a teenage Nicholas Anelka arrived in January ‘97 from Paris Saint-Germain as the first in a long line of French acquisitions of Wenger. Gilles Grimani and Emmanuel Petit, then Davi Grondin and Kaba Diawara were some of the first purchases from Wenger’s homeland  of the Le Professeur era.

But no matter who he followed, who he was alongside, or indeed who is to come, Henry remains on a pedestal all by himself. His eight initial years were purely cinematic - Arsenal supporter or not, you would tune into Match of the Day just to see what he had done that day. We may still be in the Premier League’s infancy. Lest we forget, it has existed for a mere 29 years. If you trace the beginning of the Football League, back in 1888, with the same space of time, you would still be firmly in the middle of World War One. A century from now, Henry should be regarded in the same manner as the turn of the century cinematic pioneer George Mélièsis is to the world of film; Henry’s fellow Frenchman’s ability to manipulate the camera in unimaginably ingenious ways in the medium’s infancy finding its artistic counterpart in Henry’s manipulation of a football on the pitch, creating pure unbottled magic. 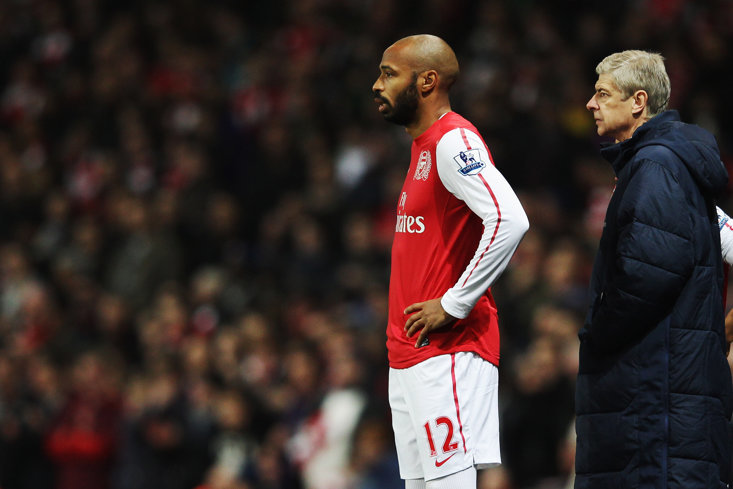 Henry’s image was cultivated away from When Saturday Comes as well. In the post-millennium, the Henry brand gained greater exposure when he fronted a memorable commercial campaign for French automobile manufacturer Renault. Signing a deal with the car company in May 2002, he had been in Britain for less than three years, having moved to Arsenal from Juventus for £10.5million on August 3, 1999. Even looking today at British television’s terrestrial screens, the move to put him front and centre across the channels is quite remarkable.

To put it in perspective, at the time of writing, that’s like giving Serge Aurier or Alexandre Lacazette primetime. Though speaking English throughout, the campaign unabashedly, thoroughly embraced Henry’s ‘Frenchness’ in the TV tea breaks, epitomised by the advert’s catchphrase, “Hey Bobby, what's the French for va-va voom?" (the ‘Bobby’, pub ammo fan, was rumoured to be Henry’s France and Arsenal teammate, Robert Pires). He exuded cool, calm, and fundamentally, charisma. All embalmed in 30 seconds on the air driving around in a Clio, of all cars.

Even those who didn’t watch MotD or Super Sunday or use the back pages to line rabbit hutches knew who he was, and pronounced his name as it should be pronounced: the Anglicised version - ‘Terry ‘Enry’ - was used sparingly, jokingly, and lovingly. 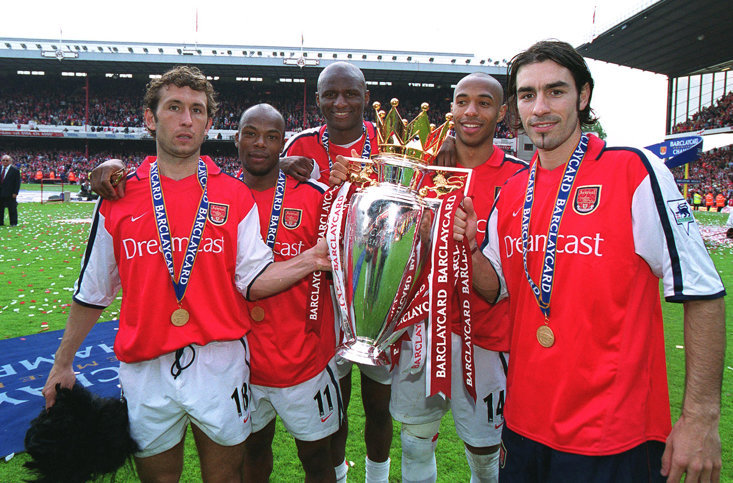 Retrospectively, he was the last of three stand-out French cultural icons who graced English football pitches in the 1990s; Henry arriving at the end of the decade on the coattails of Eric Cantona and David Ginola. They were bombastic without extravagance. They were capable of the fantastic without indulgent flamboyance.

It wasn’t about the titles, the FA Cups, or posting huge numbers. Henry’s stats all almost never out of print as he has continued to be used as the benchmark. It was instead the elegance, the grace, and the distinct exoticism that animated pitch performance that has reverberated.

In April 2020, The Mirror pitted the Premier League’s 32 best players together in a knockout style tournament, allowing fans to vote for who they thought was best in each round until we had an ultimate winner. That winner was unsurprisingly Henry, who beat Manchester United’s Ryan Giggs in the final with a massive 81% of the vote. Around the same time, he was voted the greatest ever Frenchman to play in the Premier League, receiving a whopping 71% of the vote. Cantona, receiving just 13%, was Henry’s closest competitor.

‘Bobby, what is the French for legend?’