From oxhide to metal, hemp rope to horse hair, it’s fair to say those shiny, top-of-the-line gloves that we know and love today have come a fair way since Homer (no, not the yellow one) first documented the sport of boxing in Ancient Greece almost 3,000 years ago in the Iliad.

Worn by all the greats and by those who never reached such heights but made the fight game their life game, a boxer and their gloves go, well, hand in hand. In the words of Marvelous Marvin Hagler: “If they cut my bald head open, they will find one big boxing glove. That’s all I am. I live it.”

Today marks a significant milestone in the evolution of the humble boxing glove. On this day in 1818 came the first recorded incident of gloves being used in a competitive fight and it just so happened to be between two unnamed English boxers at Aix-la-Chapelle in France. A French newspaper reported, ‘The two champions were built like Hercules and they entered the ring with their hands guarded with huge padded gloves.’ 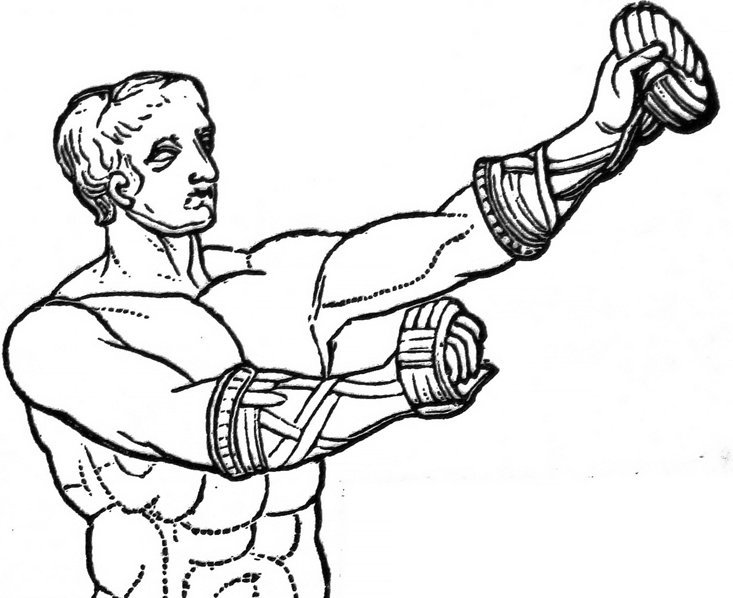 To discover how this moment happened, we need to take it back. All the way to Homer (still not the yellow one) and the Greeks. They were famous for their democracy, philosophy and medicine, but the boxing glove wasn’t there to protect a fighter (even a medical marvel like Hippocrates would have probably laughed off CTE in 380 B.C.). Oh no, it was created to make life at the amphitheatre more thrilling for the eager pundits. The pugilists of the time, like Onomastus of Smyrna, the first recorded Olympic boxing champion, beat their opponents without mercy using strips of oxhide wrapped around their hands and fingers, known as himantes, tearing through and splitting open flesh with tremendous ease.

It sounds pretty nasty but worse was to come. The Romans took it to the next level. Enter the ‘cestas’, a glove made from metal plates, blades and studs. This knuckle duster on steroids went down to the wearer’s elbow, allowing them to parry blows as well as throw them. The only problem? The fights rarely lasted more than one blow - this was a Russell Crowe in Gladiator turning a barbarian’s head into a cloud of red mist at the Coliseum kind of violence. 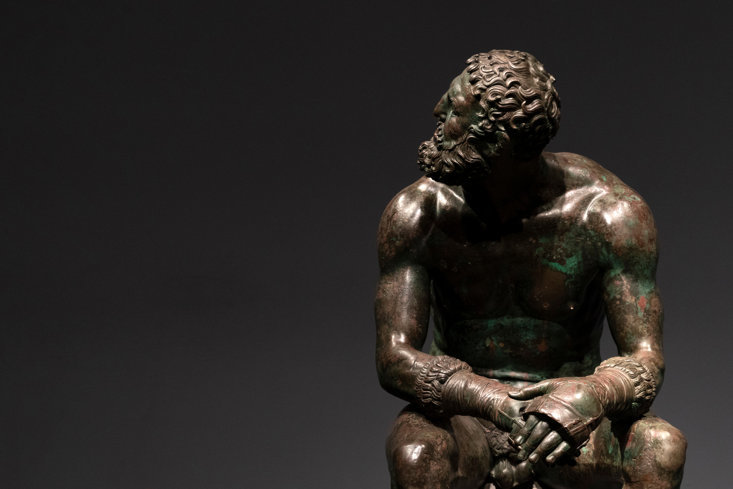 Then, just like that, the Roman Empire came crumbling down. With the dawn of the Middle Ages came the presumed disappearance of boxing in Europe.

It’s tough to pinpoint how the boxing glove became the thing we know today from the barbaric bladed gauntlets of Rome because during the Middle Ages, otherwise known quite aptly as the Dark Ages, there are very few recorded historical documents of prizefighting. It means that while boxing almost certainly existed during those dark days in Europe in some shape or form, we’ve got no evidence to prove it.

What we do know is that the most significant change to the boxing glove came in 1743. Significant in the fact that it was probably the first time anyone had designed a pair of gloves with the aim of making the sport somewhat safer. Jack Broughton, the third ever heavyweight champion of England and the formulator of boxing’s first ever set of rules, was the brains behind ‘the muffler’.

This was a glove filled with either lambswool or horse hair to create a padding around the fist. Broughton had actually only intended to introduce the gloves to sparring sessions to help students learn the art of the sweet science (although at just 2oz, it would still hurt a lot) but, while he still preferred to hear and feel the crunch of his bare knuckles on some poor soul's cranium in the ring, he had inadvertently sown the seeds for change out of it.

Like most things in life however, change didn’t come overnight. It was another 75 years before gloves officially entered the boxing ring, on 8 October 1818, and they haven’t left since. 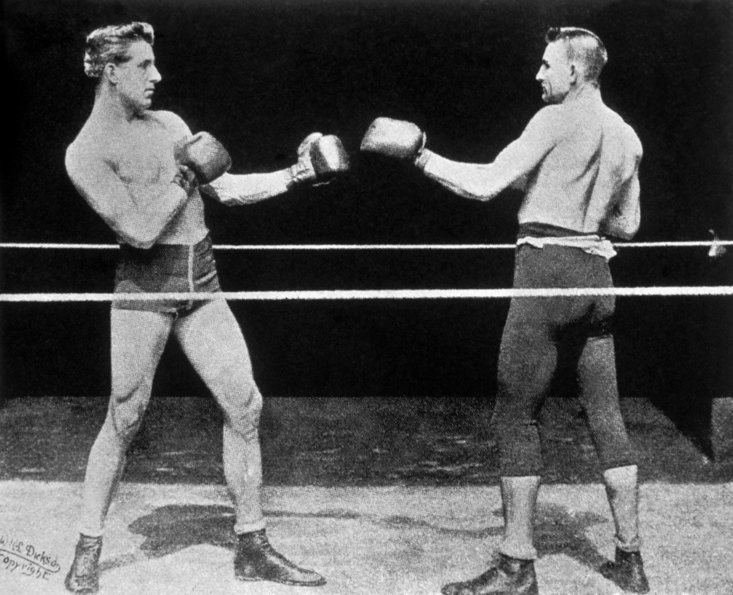 Almost 50 years on the next big change to the game of boxing arrived. In 1865 the Marquess of Queensberry rules were introduced, a code that has most influenced the modern game we know today, significantly putting an end to the bare-knuckle game and making it law that a combatant must wear regulated hand coverings. It culminated in the first ever heavyweight title fight with gloves - the century-defining bout between John L. Sullivan and James J. Corbett in 1892.

In many ways Corbett was the absolute antithesis to the hard-drinking, bare-knuckle brawling Sullivan, so it was perhaps fitting that this fight represented the transformation into the modern era. Corbett confirmed a changing of the guard in the heavyweight division by stopping Sullivan in the 21st round of their bout in New Orleans, becoming the first champion to win the title with a pair of gloves in the process.

Sullivan had defined an era in pugilism with his naked fists and was a bona fide 19th century superstar but Corbett’s victory had proven surprisingly popular amongst the onlookers, with attention towards the sport rocketing. 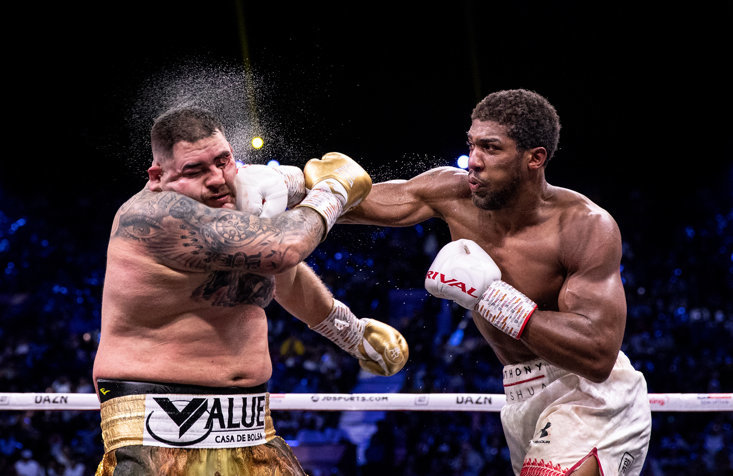 Today, the weight of gloves has increased for safety reasons, and now varies between eight and 10 ounces. In 1983, Luis Resto, a journeyman light-middleweight, proved how dangerous fighting with an unpadded glove could be when he dealt out a terrible beating to the previously undefeated Billy Collins.

After the fight it was discovered, by Collins' father, that the majority of his opponent's padding had been removed from his gloves before getting in the ring. It turns out Resto’s trainer, Panama Lewis, did the removal job with a pair of tweezers. Lewis served two years of a six-year sentence for assault, conspiracy, tampering with a sports contest and criminal possession of a deadly weapon (Resto's fists).

It’s been quite the journey, from Ancient Greece and the crude rope wrappings, to a plump pair of red Lonsdales or Everlasts we now see adorning the hands of our favourite fighters. Let’s leave the last word on boxing gloves to one of our favourites of all time, Sugar Ray Leonard: “I tried the gloves on, and it felt so natural. From that moment on I became so embedded in boxing. I found a friend in boxing.”