Football
Features
The England legend's transfer set a trend which many have followed
Jack Porter
18:00, 11 Jan 2021

“I would like to play in the United States someday, it’s always been one of my dreams... but I don't know if it will happen!”

Few things now surprise us about the almost-ethereal Lionel Messi, but when the greatest footballer of all time revealed to La Sexta in December 2020 that his post-Barcelona future could lie Stateside, it took quite a few observers of the beautiful game aback. Just imagine it, after a career played out entirely with the Blaugrana, winning every single piece of silverware available at club level, there lies the opportunity to exchange the Champions League for the Lamar Hunt U.S. Open Cup.

Snarky sarcasm aside, however remote the possibility remains for the Argentine to swap the land of bullfighting for the one of burgers, the decision will have been formed from the actions of one man, a footballer who crossed the Atlantic to teach the Yanks how to play and in doing so make Major League Soccer, well, major.

On 11 January 2007, David Beckham shocked the footballing world by announcing that he would be leaving Real Madrid to move to the USA to play for LA Galaxy. Aged 31, just past the point of his prime, the former Manchester United Treble-winning icon would be leaving one of the most famous and historically significant football institutions on the planet to join a club that is younger than Justin Bieber. 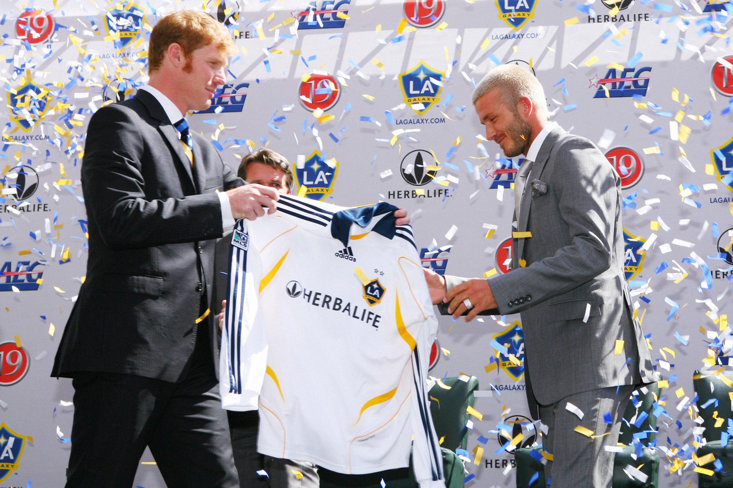 Becks would earn £128m over the five-year contract as the headline figure of a relaunch of sorts for MLS following on from the crumbled remains of the NASL which had been home to Pelé, Franz Beckenbauer and more in the 1970s. Of course, it had to be in the City of the Angels, what with his Hollywood good looks, and partiality for - and ability to bring -the glitz and glamour.

But Beckham wasn’t just coming to La La Land to roll in the dough and nestle next to Will Smith and Tom Cruise (though of course he did all of those things). Beckham was coming to build, to support the game he had been playing since pre-primary school.

“With me, it’s about football,” Beckham said upon his arrival amid frenetic fanfare. “I’m coming there to make a difference. I’m coming there to play football. I’m not saying me coming over to the States is going to make soccer the biggest sport in America. That would be difficult to achieve. Baseball, basketball, American football, they’ve been around. But I wouldn’t be doing this if I didn’t think I could make a difference.” 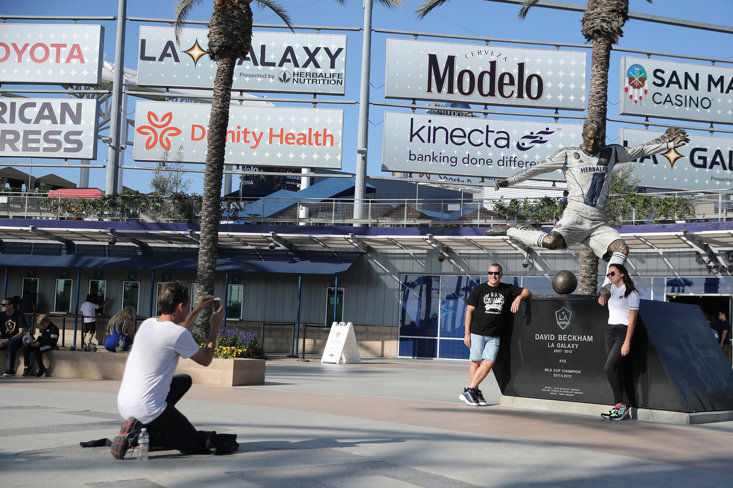 It has now been 14 years since his arrival, and while he is still remembered to most of the world principally for his achievements at Manchester United, a statue of Beckham is placed not outside Old Trafford, but in a Herbalife-sponsored shirt in the grounds of the Dignity Health Sports Park in California. Though his on-field contribution and his overall impact on the Galaxy’s football is questioned, Beckham did score 18 goals and register 40 assists in 98 games with the side, winning two of the three MLS Cup finals he contested. Perhaps most important, though, was his influence on the institution of the Designated Player decree, often referred to as ‘The Beckham Rule’, allowing each MLS team to sign a maximum of three players to contracts that exceed a certain monetary threshold.

Today soccer football is the fourth most popular sport in the United States, behind American football, baseball and basketball, and is the second-fastest growing sport across the country. A wide array of famous football faces have followed Becks’ lead too. The Galaxy have fielded other high-profile international players including Robbie Keane, Steven Gerrard, Ashley Cole, and two fellow Manchester United alumni, Javier ‘Chicharito’ Hernández, and Zlatan Ibrahimovic, who embraced the limelight left in Beckham’s wake, the Swedish superstar even appearing on the late night talk shows of Jimmy Kimmel and James Corden. 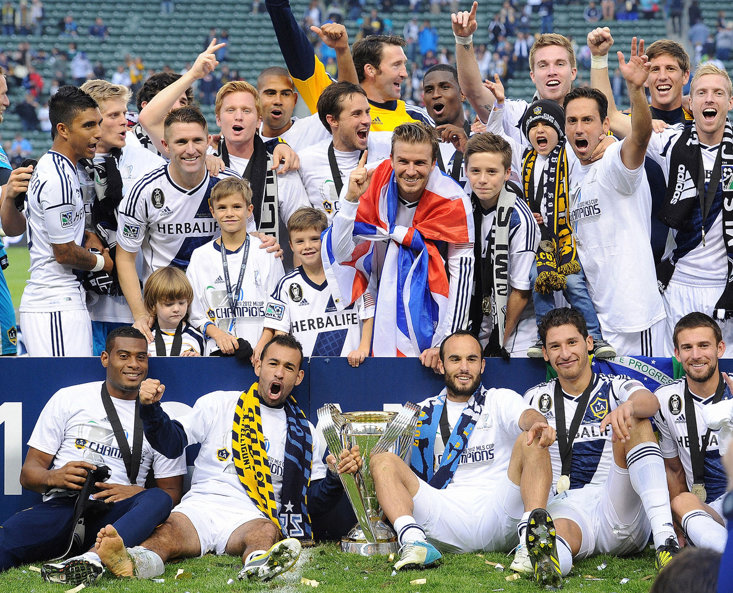 Today, MLS is engaged in a $600 million broadcasting deal with ESPN and Fox Sports, and has crept in to capture higher profile newspaper inches at a time when the futures of some of America’s sports are less certain. Beckham himself has remained fully attached to the States, not least because it was later revealed that his landmark 2007 move included the $25 million option to purchase a Major League Soccer expansion team, which saw his Inter Miami side play their first MLS fixture. He may not have played professionally since 2013, but Brand Beckham continues to have a say in the sports and cultural zeitgeist, and his admirable ambitions to be a global ambassador for the sport remain.

“To be welcomed the way we got welcomed was incredible,” Beckham told reporters of his reception in the US, “Do I think in the next 10 years it will challenge the European leagues? It’s what we all hope for. It’s what we will strive to commit to."

Beckham went to America when it wasn’t the done thing, and he has proven to be the MLS equivalent of the Pied Piper of Hamelin. If Messi is to become the next name to swap Europe for the US, it would be all the confirmation one could need that Beckham’s move Stateside was nothing other than a roaring success.