The ‘American Dream’. The idea that in America, anything is possible, anyone can achieve success through hard work, determination, and dedication. Anyone. Even those believed to have reached the highest. Even a World Champion.

“Give me your tired, your poor…” reads the inscription inside the Statue of Liberty in New York Harbour.

Formula One Champion Nigel Mansell was not tired, and he was not poor. What he was, at the beginning of 1993, was certifiably the best driver in the world. And he hadn’t finished conquering circuits yet.

He of the bushy brows and terrific ‘tache was heading to the Land of Opportunity with his F1 crown to launch himself into IndyCar, the premier level of open-wheel racing in North America and what deems itself as the fastest and closest form of motorsports in the world. 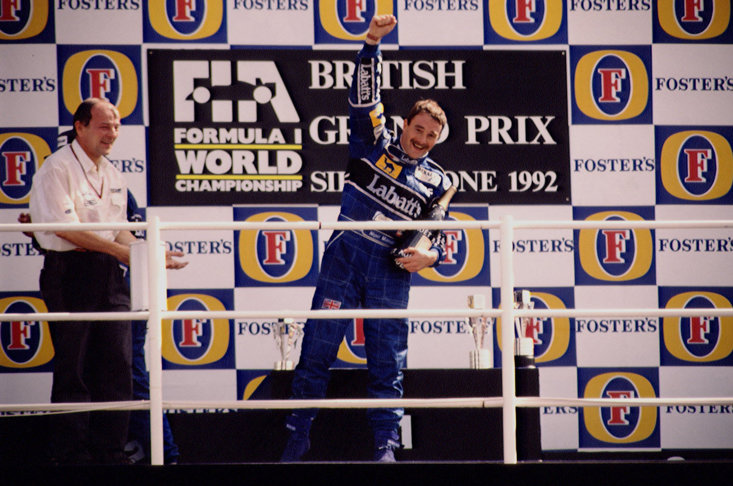 Nigel Earnest James Mansell didn’t have the Salsa cool of F1 contemporary Aryton Senna nor the professor persona of  Prost and lacked the traditional lithe racing-snake look of a professional racing car driver. Big, bushy and blunt, he looked more as if he would be ‘five more minutes’ fixing the plumbing in your bathroom than a world champ on his way to join Hollywood’s favourite son, Paul Newman. 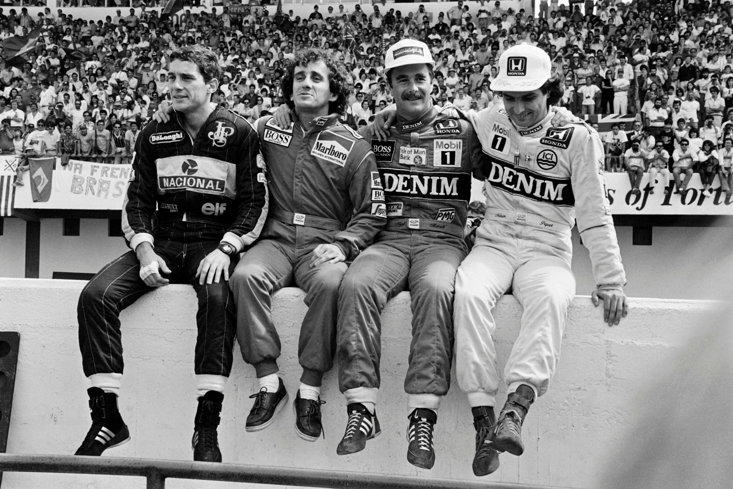 By the year’s end Mansell wouldn’t only be the reigning Formula One World Champion and the CART Indy Car World Series, he would become the first person to win the CART title in his debut season, and the only person to hold both the World Drivers' Championship and the American open-wheel National Championship simultaneously.

The Limey in the States, the one through the power of television broadcasting, fans, families, and rule-breaking children in his homeland would stay up to the wee hours to watch compete, would conquer.

It began in March ‘93, across a season that would comprise 16 races, including the famed Indianapolis 500.

With the threat of a reshuffle in his F1-winning team, Mansell’s move meant securing all eyes on him. In return, he did bring the excitement, interest and intrigue. Though his relationship with the US media was fraught to say the least, signed to the Newman/Haas team, one man who did appear to be immediately taken with him was the Oscar-winning Cool Hand Luke star himself.

“You expect him to surprise you,” said Paul Newman, “That’s what you should always expect. So when he surprises you it’s no surprise.” 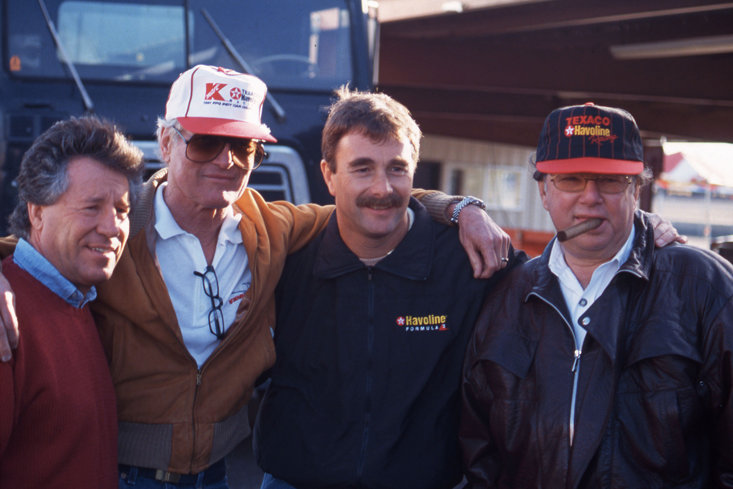 Mansell with one of his biggest supporters, Hollywood icon Paul Newman (Getty Images)

To this day, as a figure, Mansell remains part of the most visible tapestry of the last era of Formula One being truly grit and gravel, a period that can be seen to have ended by the (much needed) safety measures introduced by FIA Presidency of Max Mosley, and the tragic deaths of Roland Ratzenberger and Aryton Senna. But F1 wasn’t enough. Having won the 1992 drivers' title for Williams, becoming the first British champion since James Hunt in 1976, Mansell wanted to be in America. Whether America wanted Mansell to be in it would be an altogether different question.

"Indy Motor Speedway demands a lot of respect from a driver," Mansell said. "If you don't respect it, it will bite you. The track is very changeable and a number of things from a small gust of wind to a cloud covering the sun can make it feel completely different from the lap before."

And respect he brought, even if he wasn’t ultimately reciprocated with it.  He competed at 400 kmph on Turbo v8 engines, concrete slabs threatening to end his race - perhaps even his life - at every turn, without safety zones. On the oval track, his individual speed trace showed peaks of 236mph on the straights and dips of 224mph in the corners. The unthinkable was happening. F1 was outgunning CART.

Mansell won the first street race at Surfers Paradise and then four oval races at Milwaukee, Michigan, New Hampshire and Nazareth, to claim the 1993 title. He was the first driver to ever win a CART championship in his first season, bagging himself Rookie of the Year as well as the Championship.

He was unfortunate to miss out on the Holy Grail of CART racing, the Indy 500 despite leading with 15 laps to go, all the more remarkable when one considers that a fortnight earlier Mansell’s had suffered a back injury requiring 140 stitches as they removed fat and muscle that had broken away in the impact. 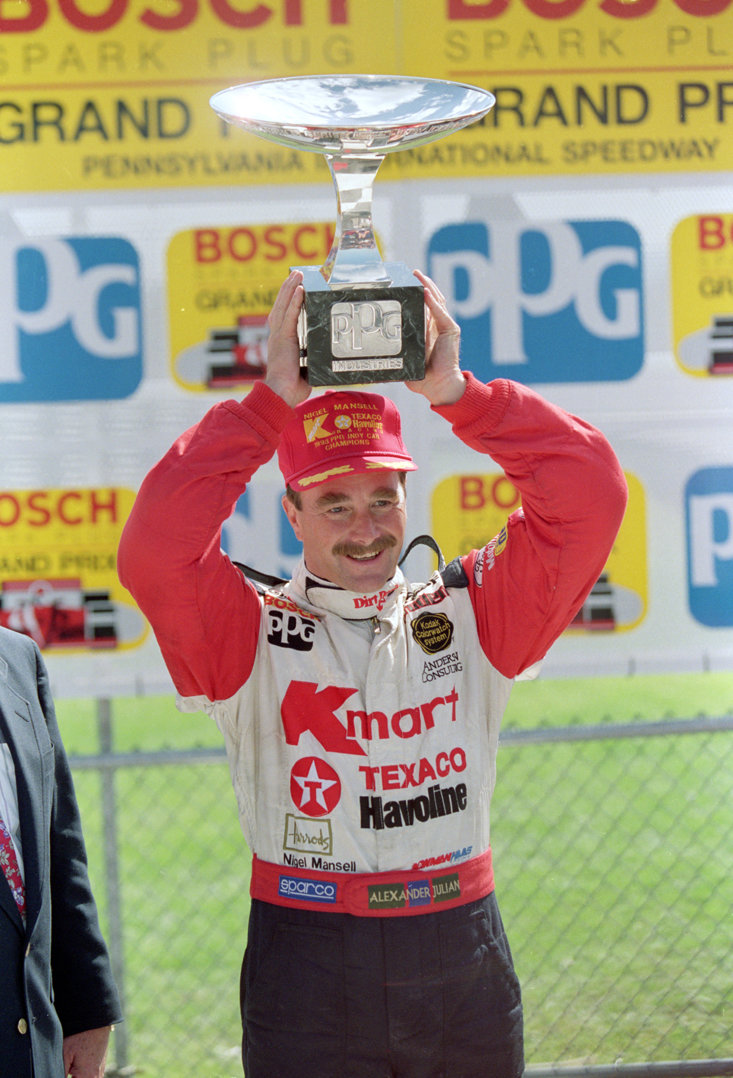 His travels in the wild west also endured a certain stigma: Stateside perpetual referencing of the F1 world champion’s rookie status in IndyCar. Mansell himself didn’t adhere himself to the American media, who perceived him as rude and standoffish, and without the desired charisma of his contemporaries. Plus he got dizzy circumventing the gargantuan ovals at 200mph, which was something you just never admitted to out loud.

Mansell returned to F1 after two years having helped elevate IndyCar, which today finds itself far behind NASCAR in the popularity stakes. But when Mansell was there, both he, and the motorsport ruled. A mutually beneficial union that gave them the world, albeit for the briefest time.