Kobe Bryant’s tragic passing at the beginning of 2020 brought calls for the National Basketball Association’s iconic logo to be reimagined to feature the late Los Angeles Lakers hero. It would of course be a more than fitting tribute to the five-time NBA champion, 18-times All-Star, to #8, #24, Mamba.

The NBA logo was designed in 1969 by a brand identity consultant, Alan Siegel, in an attempt for the competition to differentiate itself from its competitor, the American Basketball Association (ABA). It was also intended to attract attention, and, emblazoned in the patriotic red, white, and blue, affirm itself as America’s Sport. It just needed a classy image to go with it.

The chosen picture, taken from the front cover of a 1967/68 Basketball magazine, is now universally identifiable. It shows the silhouette of a player seemingly driving to the hoop, his arms tight to his body, almost crescent-moon shaped in manner.

This is Jerry West.

This is The Laker. The one before Kareem, Magic, Shaq, and, yes, Kobe.

61 years on from being drafted, 47 years on from last being a pro player, Jerry West remains the man, and he remains the logo. His picture - once unbeknownst to the man himself - was chosen as the basis of the logo because Siegel “felt it best embodied the league’s dynamism and athleticism” and “the silhouette manages to convey power, movement, and grace all at once.” 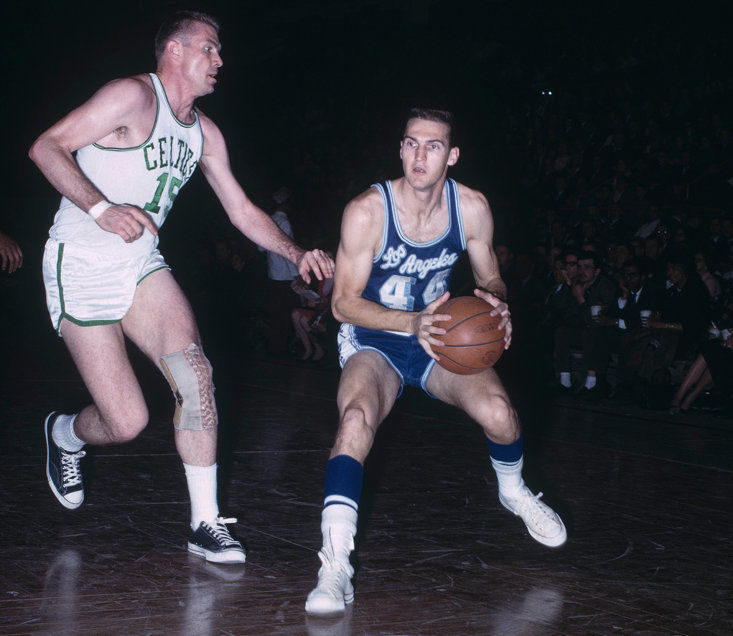 A peerless endurance only equalled by his tenacity that gained unequivocal respect across courts, West was a player who played through injury. Mr Consistency. Broken noses, bones, bodies wouldn’t stop him from getting on the court.

“During his 14-year playing career with the Los Angeles Lakers, West became synonymous with brilliant basketball,” the NBA states. He was the third player, after Wilt Chamberlain and Oscar Robertson, in league history to reach 25,000 points. First round, second pick in 1960, just as the franchise was transitioning from being the Minneapolis Lakers to the LA-based outfit known globally today, West eventually became an All-Star in every season of his 14-year career, and led the Lakers to the NBA Finals nine times.

Perhaps most memorably, West’s 60-foot eye-watering clutch shot at the buzzer on 29 April 1970 snatched the win from the New York Knicks to tie Game 3 of that year’s NBA Finals. Though the Knicks would win in overtime, and indeed the Series (4-3), the miraculous moment is, the NBA itself claims, ‘perhaps the most famous buzzer-beater of all time’.

Nicknamed ‘Mr. Clutch’ and ‘Mr. Consistency’, he is still considered one of the best shooting guards to ever pick up a basketball.

West was named to the All-NBA First Team a frankly astounding ten times in his career. Furthermore, in the 1969 Finals against Boston Celtics, he achieved the mighty accolade of becoming the only member of a losing team to be named Finals MVP.

He retired holding records for career postseason scoring and the highest average in a playoff series. Despite this, his Championship status was sorely lacking. West eventually won his one and only ring, in 1972, two years before retiring from the court. 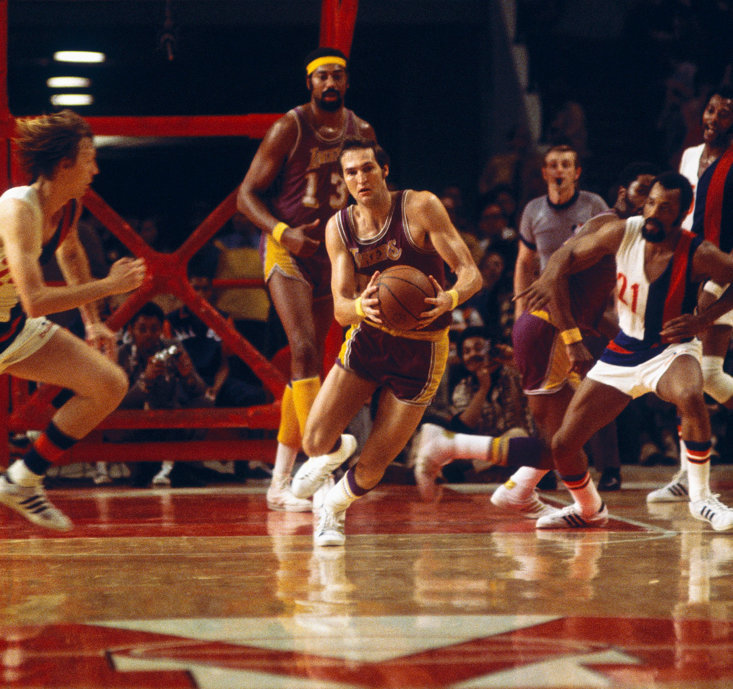 It is easy to equate numbers to success. Bill Russell is certifiably the greatest basketball player to have ever lived, based solely on rings won. Indeed, six of West’s Finals losses came at the hands of Russell’s dominant Celtics. But with all respect to Mr Russell, we know this not to be the case, or at least recognise the need for a wider conversation, of which West needs to play a part.

After two years away from basketball, West became the Lakers' coach before the 1976-77 season, for three campaigns. He then stayed on as a scout for three years and became general manager in 1982, helping to build the Lakers' dynasty of the 1980s with star man Earvin ‘Magic’ Johnson, who would take over West’s mantle in engaging in gruelling grudges with the Celtics.

West’s success and status as a respected guru of the game lasted well beyond his playing days. Indeed, his trophy cabinet wasn’t the fullest, despite his own individual accolades. But West has resonated in Lakers legacy by being at the epicentre as the club began on their way to becoming the NBA’s most dominant force, once again, across the Millennium. West was there when Shaquille O'Neal arrived on the West Coast as a free agent and Kobe, who entered the NBA out of high school in 1996, was traded in and virtually became Johnson’s heir apparent.

In particular, West called signing Shaquille O’Neal, “one of the most elevated periods of my life”.

“I saw this young man play in 1989, in Houston, Texas,” he recounted at Shaq’s statue unveiling, “And the first thing I said to myself was, ‘My God we’ve had some great players here, but he sure would look good in a purple and gold uniform.’ I felt like he was someone I would really like to know personally.”

“Whenever I made a mistake, boy, he called me into his office and he ripped me a new one,” Shaq told journalist Graham Bensinger in 2016. “Jerry West, is the man, the logo, he’s God in my eyes. So whatever he says he has to be right.” 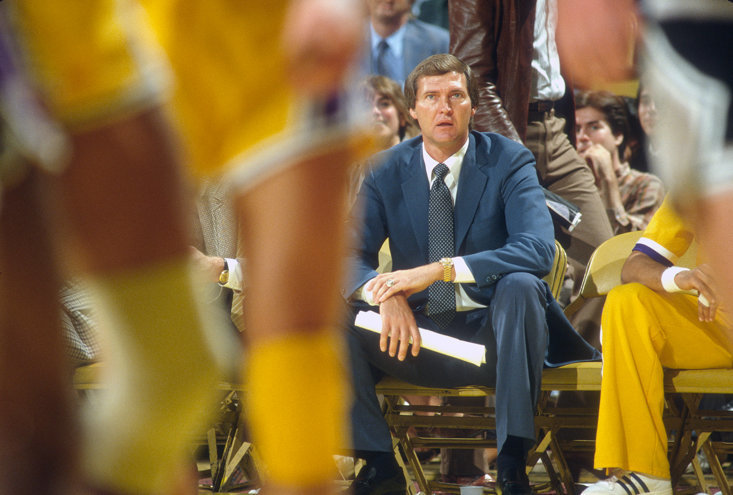 But there’s a sting in the tail. The NBA is, of course, first and foremost a corporation. The NBA has never and will never acknowledge the figure on their instantly recognisable badge is West: doing so would entitle the man to a whole heap of royalties. Despite the fact that it is widely known that the logo is an image of West, he’s never received a penny from it.

Furthermore, Jerry West on the NBA logo doesn’t sit well with everybody.

“I wish that had never gotten out, that I’m the logo. It’s flattering that it’s me, but if I were the NBA I would be embarrassed about it,” he complained to The Jump in 2017. “If they want to change it, I wish they would.”