In the wide, wild world of football, whilst the tag ‘greatest of all time’ is continuously, almost flippantly, bandied around in both press rooms and pubs, for every slice of victory to add to the prestigious player personal highlights reel there is more often a huge helping of heartbreak to swallow down as well. Paolo Maldini is probably the best defender to ever play the beautiful game, but has personally lamented the heartbreak of being on the losing side on more occasions than he, or anyone would care for, with a huge handful of losing finals including on the biggest stage of all, the World Cup.

Even the superlative-defying Zinedine Zidane, who in his burgeoning managerial career has yet to lose a tournament centrepiece, lost a Europa League, two Champions Leagues and the notorious 2006 World Cup final as a player. And Lionel Messi, the usual candidate to be slapped with the ‘GOAT’ label, has had to collect a runners-up medal on no less than ten occasions.

Similarly, in terms of silverware at least, Benfica is the greatest football team in Portugal. With 83 major trophies won – 84 including the Latin Cup – Benfica is the most decorated club to come out of Lusitania. They have won 80 domestic trophies: a record 26 Taça de Portugal, a record seven Taça da Liga, eight Supertaça Cândido de Oliveira, three Campeonato de Portugal, and a record 37 Primeira Liga titles, Benfica’s last coming in the 2018/19 season. 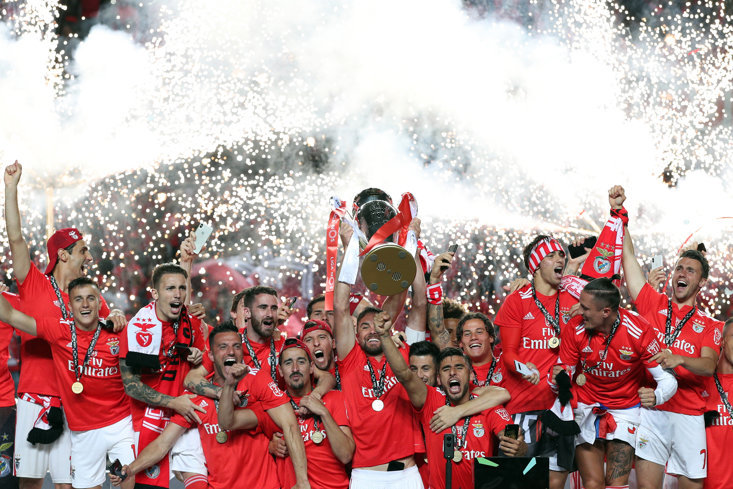 Internationally, As Águias, or ‘The Eagles’, won the most coveted trophy in club football with back-to-back European Cups in 1961 and 1962 – a unique feat that has never been replicated by a Portuguese side.

That achievement, however, has proved to be a double-edged sword piercing the hearts, minds, and memories of the Benfica faithful. For the older generation it remains the club’s pinnacle, the moments that marked a potential ascension into the European elite. For anyone born after, they are lost experiences that they have never had to privilege to witness being emulated. A continuous murmuring through the Eagles’ contingent, sixty years after conquering the continent, there is the perpetual, nagging feeling that success on the stage again lies still over four decades away, or exactly a century after the success of their last. And through eight straight lost European finals, the blame lies at the feet, or rather the grave, of one particular man.

Béla Guttman is a bona fide legendary manager. A gaffer who certifiably deserves to be considered in the same breath as Arrigo Sacchi, Ernst Happel, Helenio Herrera, and Valeriy Lobanovskyi. August 28 will mark 40 years since the Hungarian coach’s passing. And while he has long departed this mortal coil, unfortunately for Benfica, his legacy remains… 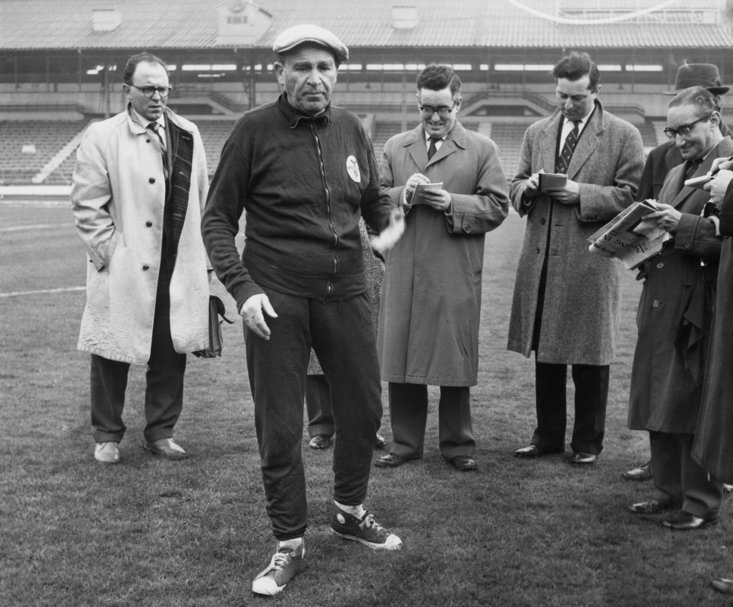 Born in Budapest to a pair of dance teachers, Guttman was a highly successful footballer, having a stellar playing career that saw him win a gold medal at the Olympics in 1924 and play in the USA and Austria. An Austro-Hungarian Jew, he survived the devastation of the Holocaust and the fascists in power in Hungary by hiding in an attic. After the Second World War, he began a celebrated managerial career that eclipsed his time as a footballer. A pioneer of 4-4-2, it was Guttmann in the chair who took Benfica to those celebrated back-to-back European Cup wins in the early 1960s (beating behemoths Barcelona and Real Madrid no less). With a team comprised of exceptionally talented striker José Águas, a young António Simões, and arguably the club’s greatest ever serviceman in ‘O Rei’ Eusébio, Benfica were poised to establish an empire, and Guttman would be their emperor.

Shortly after beating Los Blancos at the Olympisch Stadion, Amsterdam, Guttman approached his Benfica bosses for a pay rise. They refused and he placed a curse.

“Not in a hundred years from now will Benfica ever be European champions,“ declared the coach as he stormed angrily out of the club. Guttman headed for South America to take charge of Uruguayan side Peñarol. Benfica headed for European ignominy.

Across the 60 years since those ominous Maleficent-esque parting words, the Portuguese side has lost eight straight European finals.

It has become a rather elite club where membership has been gained by making Benfica suffer in the marquee European events. In total the side has lost to AC Milan (twice), Inter Milan, Manchester United and PSV Eindhoven in the European Cup and Anderlecht, Chelsea and Sevilla in the Europa League or UEFA Cup as it was formerly known. Most gratingly, they’ve had to watch from the sidelines as their Portuguese rivals Porto have made their own mark on the European stage, with a brace of Europa League/ UEFA Cup successes (02/03 and 10/11) and the even more coveted European Cup/ Champions League for the Dragões, in 86/87, and in a Treble-winning 03/04 season. 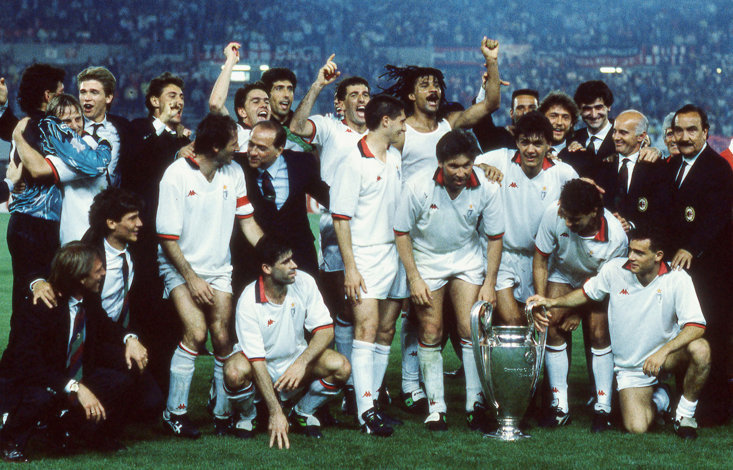 Following the ‘62 triumph, and Guttman’s subsequent departure, Benfica again reached the final twice in three seasons, only to suffer defeat to two Milanese sides, in Internazionale and AC at Wembley and the San Siro, respectively. Then, in 1968, Manchester United would become the first English club to achieve the feat on the grandest stage with a famous 4-1 extra-time victory over Benfica at Wembley.

It has been heartbreak after heartbreak. The last such occasion was in 2014, in Turin. The Portuguese club was arguably the better side over the 120 minutes of the season’s Europa League final, but ultimately lost 4-2 to Sevilla - a club that has an insatiable Burton/ Taylor relationship with the competition - on penalties after the match ended goalless. It was the second successive year that Benfica players had to be satisfied with runner-up medals, after losing to Chelsea in the final of the same competition the previous season.

"The players fought but they lacked a bit of luck again," Benfica captain Luisão said in the aftermath of seeing Sevilla’s success and Benfica making it an unlucky eight. "Once again, in a final, the ball just didn't go in." 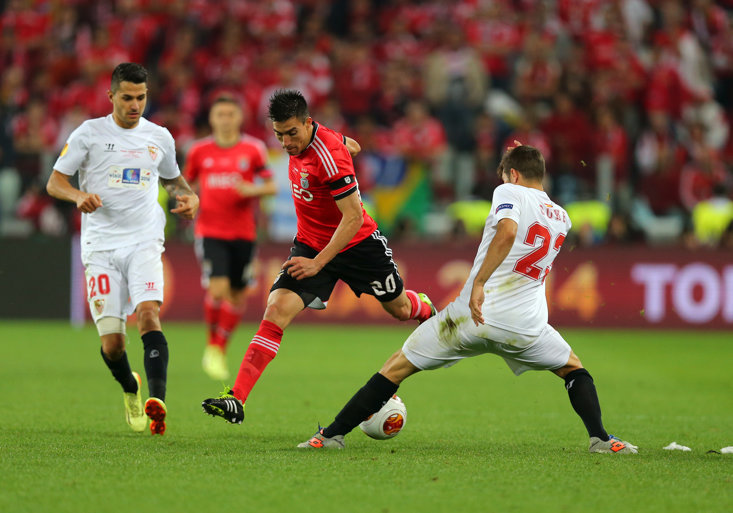 In 1990, Benfica had whomped Derry City, Budapest Honvéd, and Dnipro, being seeing off Olympique de Marseille in the semi-finals to set up a climatic European Cup tie with Milan at Praterstadion in Vienna. It is in the Austrian capital where Guttman is buried.

To right the wrongs and not suffer the same fate as the events of ‘63, ‘65, ‘68, and just two years prior with a gutting penalty shoot-out defeat to PSV Eindhoven, Benfica icon Eusébio visited his former manager’s grave to pray for the curse to be lifted.

Guttman, apparently, wasn’t having any of it - even for the man who scored 733 goals in 745 matches.

The rossoneri won 1-0 and, as of 2021, it has been the last European Cup final Benfica reached.

Béla Guttman was a brilliant but by all accounts bullish man. And unfortunately for Benfica supporters that refusal of a pay rise in 1962 has cost them more than a few escudos.

Seemingly to see success in Europe again, they just have to wait 42 years more, or await a peeved poltergeist’s so far-unrelenting forgiveness.