Motorsport
Features
After victory in 2017, Sam is confident of his second success this year
Elliott Bretland
14:00, 09 Jan 2021

It was back in 2017 when Sam Sunderland wrote his name into the record books, becoming the first Brit ever to win the Dakar Rally. After overcoming several setbacks in the years leading up to it, he reigned supreme. Now, after another testing year, he’s aiming for glory all over again in 2021.

The 31-year-old Red Bull KTM Factory Racing rider from Poole has beaten the odds in the past to become champion and while the world may be on hold right now due to the Coronavirus pandemic, he is well placed to battle for another title midway through the 2021 edition of the 12-day race.

“For me to win in ‘17 was just huge because in 2015 at the end of the season I'd just won the Morocco rally, which is the biggest race outside of Dakar that you can win,” he explains. “Three days later I broke my femur. I missed 2016 Dakar, so I watched it on telly.”

While many of us have been stuck watching a lot of television in lockdown, it’s business as usual for Sunderland. This year’s race will be in Saudi Arabia as it was last year - for a decade starting in 2009, races were held in South America due to security threats in Mauritania halting the usual France to Senegal route in 2008. But Sam is confident that he got to grips with the course last year despite being forced to stop after injuring his back and left shoulder following a severe fall at stage five. 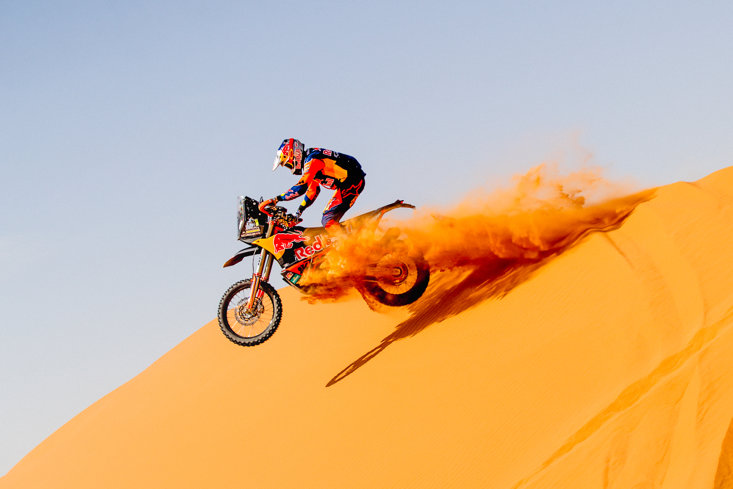 “So, Dakar 2021, we're there in Saudi again, and it was cool that we at least know what we were coming into at least a little bit more than we did last time," he tells Red Bull. "I feel I was strong there last year until the crash, and felt really confident with the terrain and navigation.

“Last year was our first year racing in Saudi and it was really mind-blowing honestly, I didn't know what to expect before we arrived but the diversity of the terrain was just crazy. We were in these big stony river beds and then in open desert, in a place called Neom which looked like you were in an Avatar movie, with huge, I don't know if they were dirt or rock things, like stabbed in the ground, 100 metres high!”

Since then, the pandemic has certainly affected preparations. With races cancelled, it’s been a battle to be prepared, and strange to maintain the levels needed to race against the very best.

“I think in history they will have to rub 2020 off the calendar you know, because everyone has gone through a kind of rollercoaster of events and emotions including myself, from a rough Dakar to getting fit and ready for the first round of the world championship” he admits.

“It's been a bit frustrating at times but, like I said, we're not the only ones. We're lucky to do this as our passion and as our job and it's something that I live for and wake up for every day, but it's been affected certainly. It was quite hard to continue training without a fixed goal to say ‘right, I'm going racing on this date.’ It was always like you’re training but you’re kind of missing a bit of intensity because you weren't quite sure where to focus on. As much as sometimes you get that fear and that tension and pressure of nervous energy, I wouldn't change it for the world.

“Here we are again at Dakar and hopefully all those troubles are behind us and we can start fresh. It would be nice to go into 2021 with a Dakar win in the pocket and kick it off to a good start.” 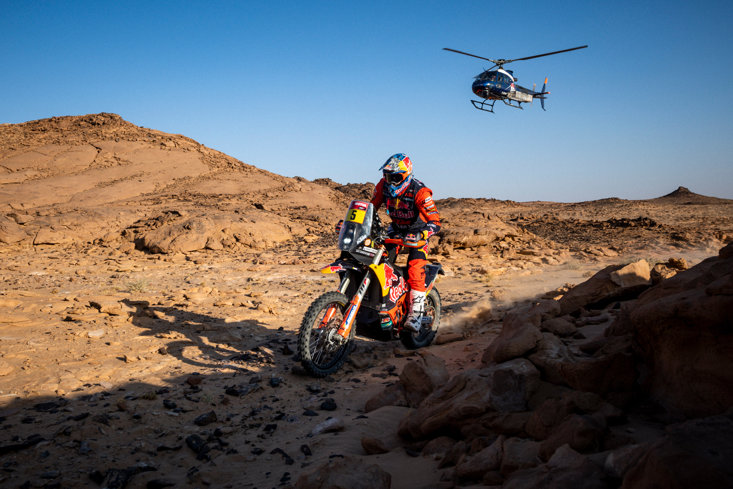 Making history at the 2017 Dakar Rally has made him hungry to be victorious again this time around. While he hopes for KTM success, with Australian Toby Price and Austrian Matthias Walkner also in the leading pack, he’s relishing the prospect of it being him personally leading the team to victory.

“Once you win the only goal you have is to repeat that,” he says. “So that will certainly is the goal and hopefully one of the boys or me, hopefully me, will get the win for KTM again.

Thinking back to his maiden 2017 triumph, Sunderland recalls, “It was a gnarly Dakar - we set off from Paraguay and went into Bolivia at like 5,000 metres altitude, freezing cold in the snow. 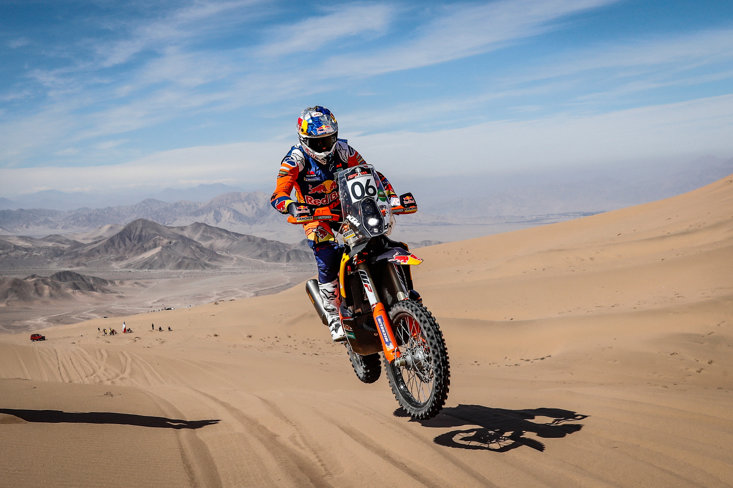 “I remember one day we set off from Bolivia and it was minus three or four degrees in the snow and, in the afternoon, we were plus-40 in the dunes in Argentina and you've just ridden so long and every Dakar is gnarly, so whichever one you win you've done something crazy but for me personally it was huge.

“When I won, that feeling, I don't know if it was a feeling of relief as much as it was elation. I was so happy and also there was so much relief because I was leading the race from day five. There was a lot of weight on the shoulders, you know. If I could put that feeling in a bottle and have a little sip each day, I'd be a made man.”

Sunderland has already made it, a champion rider enjoying the sport he loves. However, another victory in 2021 and that winning feeling will taste even sweeter.

For more information on Sam Sunderland, visit his athlete profile at redbull.com