Bill Shankly wasn’t only a great football manager, you know. He was one hell of a player too.

Best known for his time in charge of Liverpool, Shankly brought success to Anfield by gaining promotion to the First Division and then winning three League Championships and the UEFA Cup, building the foundations for his successors to claim seven league titles and four European Cups in the 10 seasons that followed his departure.

The son of a postman, Shankly was born in Glenbuck, a small Ayrshire mining village, on September 2nd 1913, and was one of nine children. Astonishingly he and his five brothers would all go on to play football professionally.

Having left school in 1928, he worked at a local coal mine and would later describe in great detail in his autobiography the day-to-day challenges he faced, like gruelling hours, poor conditions, rats, and eating and drinking at the coal face.

One of his few pleasures at the time was football and Shankly would occasionally travel to Glasgow to watch either Celtic or Rangers, sharing his allegiance between the two and choosing to avoid the rabid sectarianism that split the city.

As a budding player himself, he would turn out for his local village side, the Glenbuck Cherrypickers, and by the time he was 18 he had secured a place for Cronberry Eglinton in the Cumnock & District League. Though he was not playing at the highest level, the experience would prove to be invaluable.

Having worked down the mines for just two years the proud, strongly spoken, young Shankly found himself unemployed for the first time in his life when the town’s pit closed in 1930. Salvation would come in the form of football when he was offered his first contract by Carlisle United. 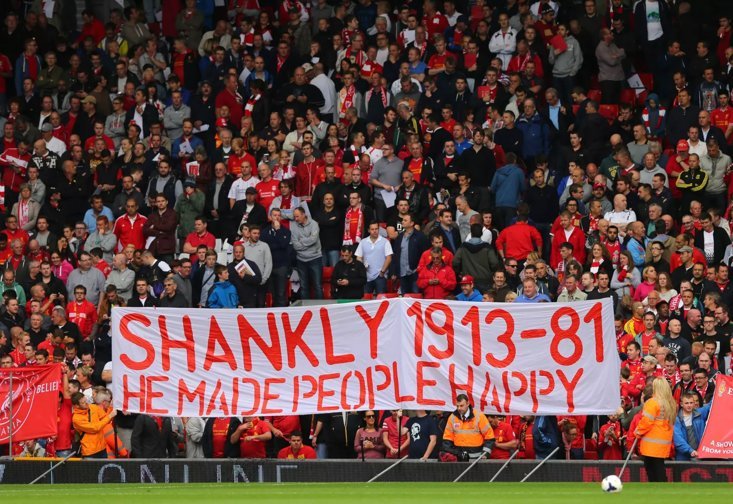 It was local scout Peter Carruthers who had seen Shankly playing for Cronberry and recommended him to Carlisle, who invited him for a month's trial. After just one reserve game he signed professional terms, despite his side being on the wrong end of a 6-0 defeat.

A gritty, hard-tackling midfielder, Shankly made his first-team debut on December 31st 1932 and quickly became a pivotal part of the side, going on to make 16 appearances in the second half of the season.

He was paid four pounds and ten shillings a week at Carlisle, a club which, due to its proximity to the border, allowed him to make regular trips home. Within just a few months Shankly was already regarded as a promising young player with plenty more to offer.

Unsurprisingly, his performances soon attracted the attention of bigger clubs and in the summer of 1932 he signed for Preston North End for £500, which included a £10 singing-on fee and the promise of £5 a week in wages.

He quickly established himself as a first-team regular, becoming an instant crowd favourite as Preston gained promotion to the First Division in Shankly’s first season at Deepdale and greater things appeared to be on the horizon.

An FA Cup final followed in 1937 but Preston lost 3-1 to Sunderland at Wembley, however the disappointment was short-lived as Shankly and North End returned to the final 12 months later and beat Huddersfield Town 1-0 to lift the famous trophy. 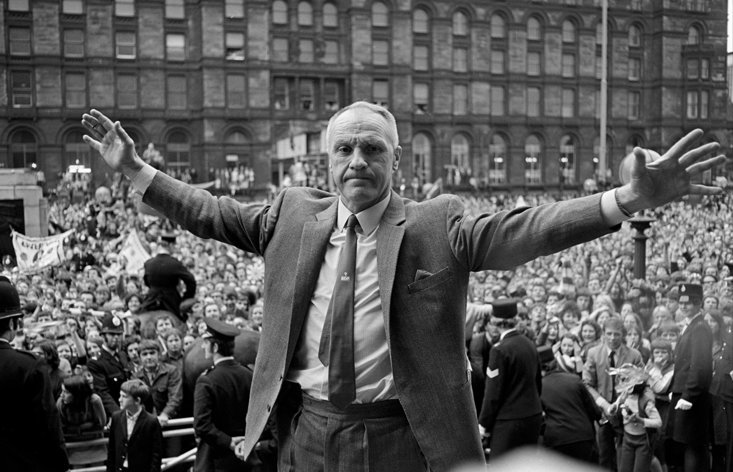 But it would be the outbreak of World War Two just a few months later which would have a lasting impact on the career of one of the most exciting young talents in the game at the time.

Shankly was 26 when war broke out and the conflict ultimately robbed him of his best days as a player as he joined the RAF along with thousands of other young men at the time.

He did manage to play in a number of wartime league, cup and exhibition matches for the likes of Norwich City, Luton Town and Arsenal, depending on where he was stationed at the time. He even turned out for Liverpool in May 1942 as the Reds defeated Everton 4-1 at Anfield in a rare wartime Merseyside derby.

Shankly also played for Scotland 12 times between 1938 and 1943 in five full and seven wartime internationals. He later spoke of his "unbelievable pride" in representing his country against England when he made his international debut on April 9th 1938 at Wembley Stadium.

With the resumption of football following the end of the war Shankly returned to Preston for the 1946/47 season, but at 33 he was now well past his best and faced the real prospect of losing his place in the side.

So when Carlisle United asked him to return to Brunton Park to become their manager, he retired as a player and accepted the job. Shankly used the disappointment of missing out on much of his playing days to motivate himself as a boss.

Stints at Grimsby, Workington and Huddersfield allowed him to cut his managerial teeth before Liverpool came calling in 1959. And so began one of the greatest love affairs in the game’s history.

Shankly later explained that he had long prepared himself for a career as a football manager, absorbing all the coaching systems he’d played under while maintaining full confidence in his ability to be a leader.

Little wonder then that the man whose playing career had been cut so cruelly short by war would excel in the dugout, becoming one of the most charismatic and influential managers the game has ever produced.