Boxing
Features
On this day in 2001, Bernard Hopkins put in a career-best performance against Felix Trinidad at Madison Square Garden
Kieran Spratt
20:02, 29 Sep 2021

In April 2001, when Bernard Hopkins and Felix Trinidad knew they would meet each other at Madison Square Garden later that year for the undisputed middleweight championship, neither could have understood that they would take part in one of the most monumental and melancholic boxing matches ever staged.

Originally scheduled for September 15th, the historic bout would have to be postponed by a fortnight when the world was brought to a standstill. Four days before the prospective fight, the city of New York changed irrevocably in the space of just a few hours, altering the entire landscape of the early 21st century, when two hijacked airliners were flown into the World Trade Center’s North and South towers.

With the city and country in disarray and the mood of the time balanced somewhere between somberness and anger, there was understandably little appetite for Hopkins vs Trinidad so soon after the attacks. Rescheduled for the 29th, the fight would take on a bigger meaning, transcending the belts and titles. This was a fight for New York, America and its people. And what a fight it was. 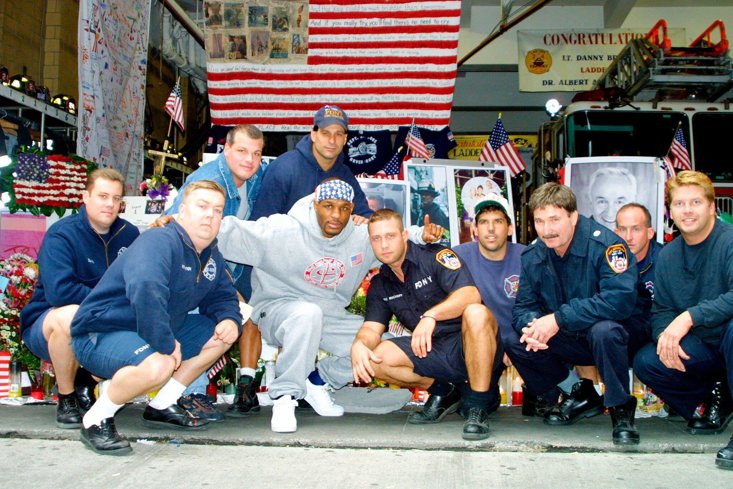 The two men had been brought together as a result of a middleweight tournament conjured up by the motor-mouthed, electric-haired promoter Don King. It was a four-man round-robin that had grand ambitions and an even grander prize.

King’s Middleweight World Championship Series put the WBC, WBA, IBF and vacant Ring Magazine belts on the line and whoever came out on top would do so with the lofty title of undisputed champion, something that hadn’t been accomplished since the great Marvin Hagler had held all the 160lbs straps between 1979 and 1985.

The quartet vying to join the Marvellous one in the middleweight history books were Hopkins (IBF champion), Keith Holmes (WBC), William Joppy (WBA) and Trinidad, who between them had a combined record of 147-6-2.

Hopkins, the only fighter not signed by King, started emphatically, outboxing and outclassing Holmes to book his place in the final. However, nobody expected the Philadelphian to put up much of a fight in the final against a man who looked destined to dominate the pound-for-pound rankings for years to come.

Felix Trinidad entered the tournament on the back of a perfect 39-0 record and having already unified belts at welterweight and light-middleweight, the Puerto Rican was the hot favourite to come out as the eventual victor. Any doubts over the power ‘Tito’ would bring to the division were soon cast aside as he put in one of the performances of his career to stop Joppy inside five rounds.

“Tito Trinidad may be the deadliest puncher in these divisions since Ray Robinson,” Larry Merchant remarked.

There had been bad blood between the pair initially, with the nastiness reaching its zenith in a press conference in Puerto Rican capital San Juan, when Hopkins raised the nation’s flag and proceeded to dump it on the ground. But on fight night, the hatred that had been building seemed to have washed away as they made their way to the ring.

Any other time and this fight would have had the New York crowd, with a heavy Puerto Rican contingent, baying for Hopkins’ blood. Instead, it felt the furthest thing from a night of prizefighting ahead - the atmosphere was solemn and the shock of what had happened at the World Trade Center was still weighing thick in the minds of everyone in attendance at the Gardens. King had even reserved a section of floor seats for New York’s first responders.

To Trinidad, middleweight unification was merely a stepping stone to further greatness, for Hopkins, boxing’s ultimate hard-worker, it was just another day in the office. Despite making twelve successful defences of the IBF title he had held for five years, Hopkins was widely considered the underdog but the man who began his pro career in defeat had made a habit out of proving his doubters wrong. This would be his masterclass. 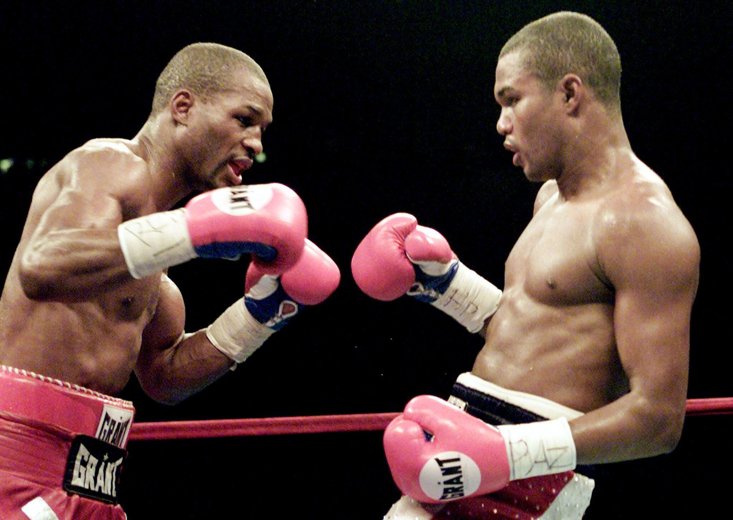 From the outset, ‘B-Hop’ went to work, fighting from a distance, slipping in vicious rights on the counter and his jab in particular was causing his opponent fits. While Trinidad’s smaller stature hadn’t been a problem against Joppy on his middleweight debut, against Hopkins he was bullied. Trinidad had never been man-handled and out-muscled like this before, and it clearly got to him. There were several occasions between rounds where he would ask his corner if he was winning, such was his concern for what was unfolding in the ring.

The desperation began to show in the tenth round, later named The Ring’s Round of the Year, as ‘Tito’ threw up a hail Mary and began to trade toe-to-toe with Hopkins. Most fighters would have wilted under that pressure but Hopkins, cool, calm and collected, had an answer for everything thrown at him, and closed the round out with a vicious uppercut that sent Trinidad to the canvas.

Having survived to see the end of the round, the outcome looked bleak for Trinidad, with even his father in the corner asking him if he could go on. Pride and cries of ‘Tito! Tito! Tito!” from the crowd carried Trinidad into the eleventh stanza but the punishment continued, with Hopkins beating him to every punch. The cherry on top for Hopkins came a minute into the final round, unleashing a savage right to Trinidad’s jaw that sent him crumbling once again. This time he would not be saved by the bell, but by the white flag thrown into the ring by his father. He had seen enough.

One of the best fights of the last two decades, it had the crowd on their feet. It would take years for normality to resume in the city but these two hardened prizefighters engaged in a battle that united tens of thousands of New Yorkers all under one roof, allowing them, if only briefly, some respite from everything that had happened earlier that month.

It will go down as the greatest night in Bernard Hopkins career, but it will also stand tall as one of boxing’s most poignant chapters ever.