It used to be all about macho men risking their lives, celebration with a cigar and champagne, and a Laurel wreath draped around their necks. And, of course, there was the ‘breakfast of champions’. Times have changed though, and while the dangers of racing might still be very real, a new generation of Formula One drivers are truly breaking the mould.

Enter the young guns – Lando Norris, Charles Leclerc, George Russell and Alexander Albon, who have become known as the ‘Twitch quartet’. These guys are not your traditional racing drivers when they step away from their cars. They are more relatable, more friendly and more aware of their audience.

All in their early twenties, these guys grew up with each other, regularly competing on the kart tracks of Europe. There were missed lessons, homework left until the last minute because motorsport came first, and life was largely lived on the road with a parent or guardian chaperoning them around.

And now, a few years later, they have all risen through the ranks and find themselves battling against each other in the best motor series in the world.

If you think back to Graham Hill, James Hunt and Sir Stirling Moss, these were men who risked their lives every time they stepped into a car and were held up as champions, the bravest of the brave; out of touching distance. They were legends. 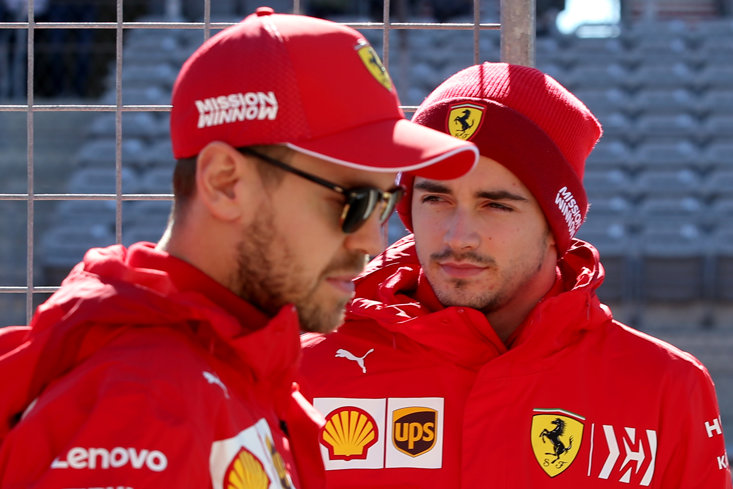 LECLERC IS A VERY DIFFERENT CHARACTER TO FORMER TEAMMATE VETTEL

These new drivers will become legends in their own right, but they are much more tactile and aware of their fans – engagement is the key, and during lockdown 1.0 in the spring this became much more of a phenomenon.

Let’s take Charles Leclerc. Every time he dons the famous red overalls of Ferrari, he’s driving for one of the most prestigious teams in the world. A team that keeps everyone at arm’s length. A team who guard their public image like the Crown Jewels. But away from the PR team that oversees every move of an F1 driver’s weekend, and at his own home feeling bored, Charles dressed up as a banana and took to his gaming seat. He immediately had his audience captivated, but his concentration on entertaining the masses didn’t come without its hiccups. At one stage, Leclerc locked his girlfriend out of the house and only realised he needed to let her in when she registered for Twitch and sent him a message online.

This is a far cry from the likes of Michael Schumacher, who kept his private life and family well away from the media. While he was away from the track his time was very much his own. Sebastian Vettel is cut from the same cloth. He would hate for fans or the media to have a window into his private world like this new generation.

But Leclerc isn’t the only one doing things differently in 2020. Lando Norris and George Russell are the great hopes for the future of F1 and motorsport in the UK. They seem destined to one day be the fiercest of rivals, but they remain extremely close away from the track. Only time will tell if they go the way of Hamilton and Rosberg (engaging in all-out war that can take down a friendship) or whether they can compartmentalise well enough to continue their friendship outside of racing.

Alexander Albon is another step away from the traditional racing driver. He’s still living at home with his family in a relatively modest property in the UK, and while he did attempt to make the move to Monaco, like so many of the motorsport fraternity Covid-19 put a halt to that. Instead he stayed in Blighty, becoming his family’s personal Uber driver, dropping off his younger sisters and brother around Buckinghamshire! He is also a practicing Buddhist and despite having grown up in the UK, going to school in Ipswich, he races under the Thai flag, courtesy of his mum.

Having spent a little time with the family here and there, the quartet are far more forthcoming than many of the F1 stereotypes would have you believe. There remains a steely focus and a determination to achieve, but not at the loss of a more personable side. 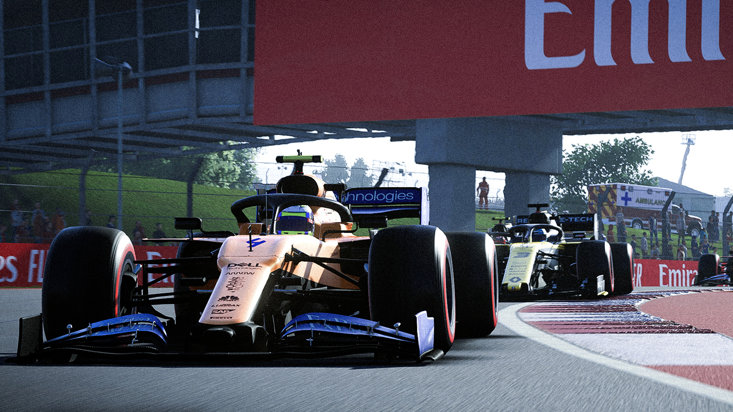 LANDO NORRIS HAS LAUNCHED HIS OWN ESPORTS TEAM

So, as these drivers become more mainstream and begin to have a shot at winning trophies rather than just playing a supporting part to the F1 parade that is Lewis Hamilton and Mercedes, will they remain on such good terms? Will they still be ‘there’ for their fans and interact with them in this very new and personal way? Indications would say yes…

Norris has just launched his own esports team called Quadrant, teaming up with some of the biggest streamers online. Like Leclerc, Russell and Albon, he knows his worth, and these four also know how to engage and stay in the forefront of their fans’ minds. Merchandise, gaming platforms, clothing lines and international model status are all part of the lives of this new crop of young F1 stars.

They are willing to share their lives with us on a far more intimate level than anything we’ve ever seen before in the sport. They are genuine and real human beings as well as being superheroes on four wheels who risk their lives to compete with the very best in the business.

We are lucky to have this new generation of drivers who want to share the ride with us, and it means we can get closer to the action than ever before and are able to live vicariously through them. Long may it continue!