Football
Features
As two of his former sides meet in Europe, we look back at ABV's turbulent career
Simon Lillicrap
12:45, 14 Sep 2021

When Chelsea meet Zenit Saint-Petersburg in tonight’s Champions League encounter, both sides know they have shared one of the out-of-the-box managers in world football in the last decade. But even for Andre Villas-Boas, long considered ‘quirky’, his decision to embark on a motorsport career was straight out of left-field.

Of course, the Portuguese ultimately failed to complete the 2018 Dakar Rally, injuring his back after crashing into a Peruvian sand dune on just the fourth day of the event, but it was still an illustration of how a once-promising manager had fallen out of love with football.

"Racing is one of those passions that have been with me since a little boy," Villas-Boas told Red Bull ahead of his rallying debut. "My uncle actually did Dakar in 2000 and finished second also in the old Camel Trophy. So motor racing is kind of in the family as much as football.

"I always had this ambition to do Dakar, and I thought that this year with me being 40, it's the 40th edition and my uncle also doing it at 40 years old, the numbers kind of played right and I used this break in football to be here in the Dakar."

Back in 2018 he was nursing something of a shattered reputation. Having initially made a smooth transition from Jose Mourinho's serial assistant to reputable top-flight manager, underwhelming spells at Chelsea and Tottenham were followed by a lower-profile gig with Zenit Saint-Petersburg and then a short period in charge of Shanghai SIPG in the Chinese Super League. To most onlookers in western Europe, he had become a long-forgotten side issue when it came to talk of big-time bosses. His venture into rally driving was seen by some as an admission that his managerial career might already have reached its end.

But Villas-Boas was handed a way back into football in 2019 when Marseille hired the 42-year-old, and he was steadily rebuilding his reputation before he was abruptly sacked, having spoken out against the board’s signing of Olivier Ntcham, which came against his own wishes. 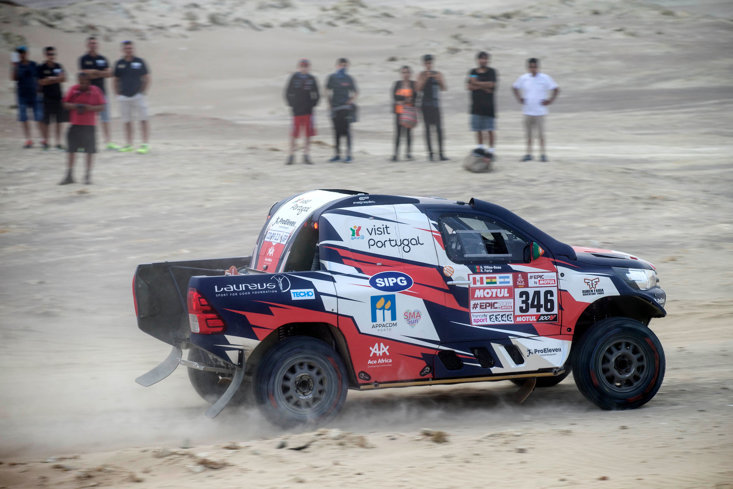 However, he did perform well during his time in France. Before Villas-Boas’ arrival, Marseille had become something of a punchline in French football circles. Their so-called ‘Champions Project’, drawn up following the 2016 takeover of former Los Angeles Dodgers owner Frank McCourt, was a target for ridicule, with their run to the 2018 Europa League final the only thing to show for close to £200 million worth of investment (even if a lot of that money has been offset against player sales).

While Marseille fans long for a dynamic, attractive style of play, particularly after the days of Marcelo Bielsa, Villas-Boas adopted a more pragmatic approach. The Portuguese demanded energy and drive from everyone on the pitch, even getting Dimitri Payet to help out in tracking back towards his own goal.

Those shoots of promise were quickly brought to an end however, as he tendered his resignation and was subsequently sacked by the board, but his driving endeavours haven’t stopped. Most recently he competed in the World Rally Championship and has spoken of his desire to have another crack at the Dakar Rally.

As the two teams meet tonight, Villas-Boas will surely reflect on his time at both clubs. Chelsea had him on the touchline for only a matter of months, Zenit for two years, but it seems now, AVB is more comfortable driving cars forward, rather than football clubs.

Chelsea are 2/9 to beat Zenit with Betfred