Back in 2014, while ringside at a UFC event, Dana White walked past a 14-year-old Cory McKenna and her mum, Wendy. It was a chance Wendy simply couldn’t miss. She told the president of the Ultimate Fighting Championship exactly how special her daughter was. Her mum (who was also her training partner) may have embarrassed Cory in the way only mums can, telling White he would be signing her daughter in five years time, but it turns out she was right.

In November this year, Cory ‘Poppins’ McKenna made her UFC debut. Aged just 20, she became the youngest Brit ever to be signed by the UFC after she shone in Dana White’s Contender Series back in August, beating Vanessa Demopoulos in emphatic fashion to secure the deal. But it hasn’t all been plain sailing for the Welshwoman, who now trains in California.

Back in 2018 she suffered the only defeat of her 8-1-0 professional career, to Micol di Segni in a controversial split decision, but bounced back to show her class and fight her way into the UFC. Oh and she’s a pretty decent artist too, as a quick glance at her Instagram will attest. We just had to catch up with the 5ft 3in star known simply as ‘Poppins’.

Tell us how it all began, how did you discover the sport and at what age?

I began karate at the age of 10 as a hobby and branched out into Muay Thai, Brazilian Jiu Jitsu and boxing shortly after. At 13, it only seemed the natural progression to move over to BKK Fighters in Essex to pursue MMA.

Why MMA, what is it about the sport that you love so much?

I've always loved the diversity of MMA and how there is always more to be learnt. There is no risk of monotony as every day, every session is different. I also like the accountability as, even though an athlete relies heavily on a team, the responsibility of preparation and performance falls onto the athlete. 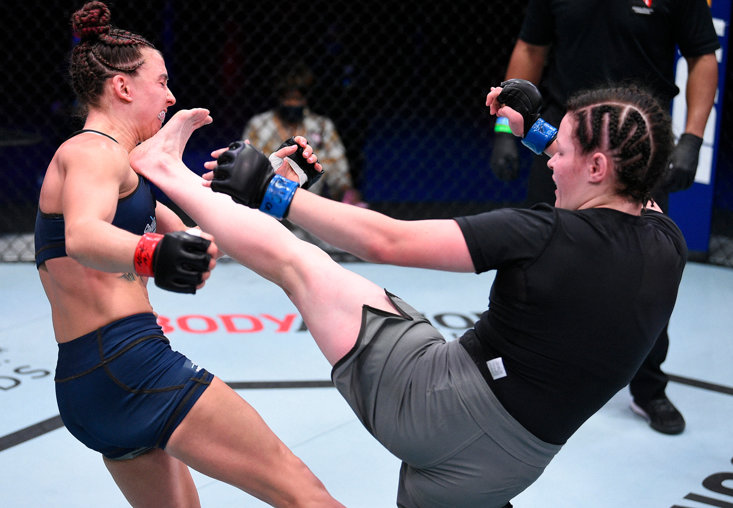 Where did you train, there can’t have been many female welsh teenagers into MMA?

I began my MMA training at BKK Fighters in Colchester, where my dad was based with the military. They had a few younger lads but also I was fortunate enough to have my mother start with me; being the same size, she was my main training partner for the entirety of my amateur career.

What were you coaches like? Did anyone tell you that you wouldn’t make it?

I have always received an unfathomable amount of support. Jack Mason was my first Coach and remains my manager and corner man to this day - I owe most of where and who I am to him and am very appreciative for all he has done and continues to do for me.

Could you explain the story behind your mum telling Dana White that he would one day sign her daughter?

At 14, I went to my first live UFC event, we had good seats; so when Dana White walked past taking photos with a few fans, my mum took the opportunity to tell him about his future signing... which I'm sure he hears all the time! He was nice enough, though I'm sure he was apprehensive [laughs]. 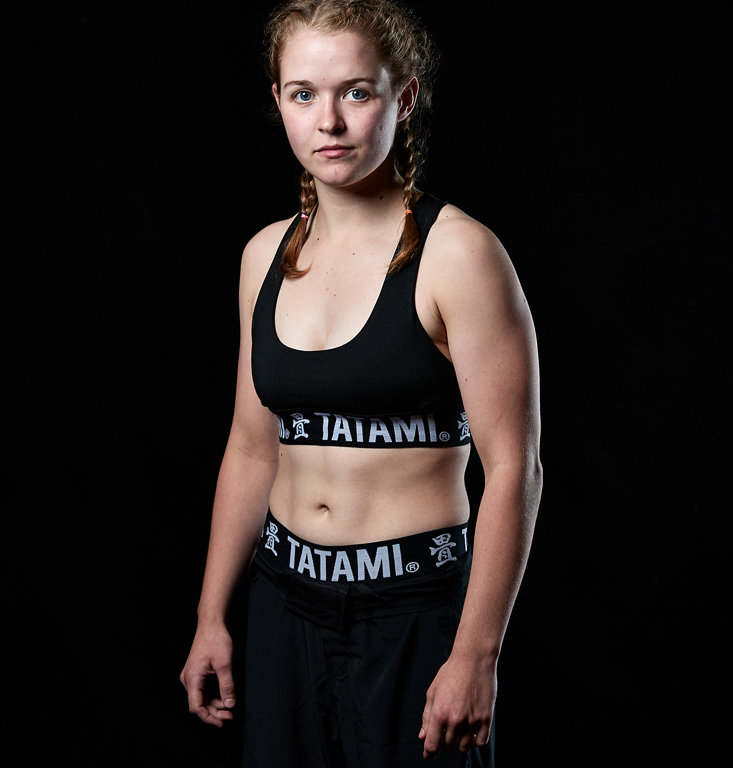 Where did the nickname Poppins come from?

Poppins came from [UFC bantamweight] Urijah Faber. He says that I am very 'proper' and that Mary Poppins fits my image - especially since I coach the kids’ class.

What does it feel like when you are inside the octagon?

When I'm in the octagon I feel very calm, I always feel well prepared and comfortable thanks to my team and coaches.

How did you bounce back from the sole defeat of your career?

I am my biggest critic, so naturally I took the loss hard - especially being as controversial as it was. However, as with every fight, I was straight back in the gym working to improve on my mistakes ready for the next one.

You are the youngest Brit ever to be signed by the UFC, how did that make you feel?

It's a great accomplishment for me to be the youngest Brit and the first Welsh woman. I am very proud and think it is a great testament to all the work that my coaches and team have put into me.

You now share your time between sunny California and South Wales, what do you miss most about home when you’re away?

I have been travelling and moving around a lot throughout my life so it is nothing out of my comfort zone. I have made the move over to California, where I have been fortunate enough to find a second home at Team Alpha Male. I am very happy here and despite missing friends and family, I do a very good job at keeping in contact so as to not get homesick. 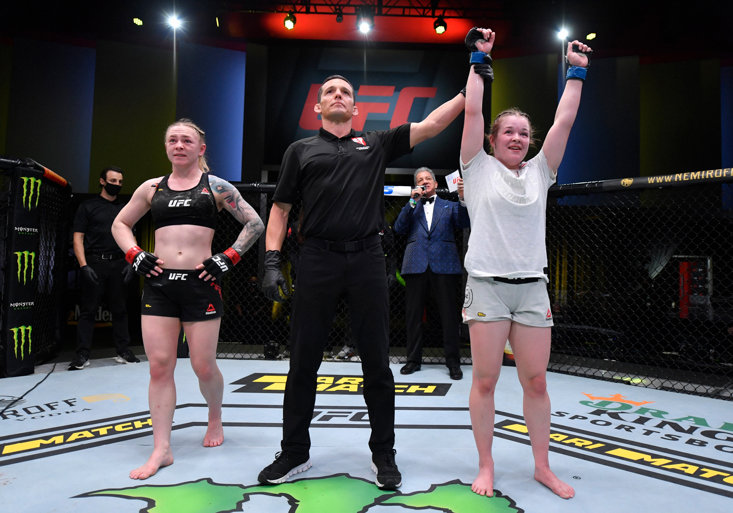 How have people reacted to your success?

I've received an immense amount of support throughout my whole career and I'm grateful to see that the level of my success has not changed that.

What do your parents think of it all?

My parents are very supportive, my dad is my Running and Cardio coach and my mum used to be my main training partner. Therefore, they are very involved and supportive and understanding. I am very fortunate.

What are your hopes and aspirations for the future?

I aspire to be the best in the world, but for now I am taking it one fight at a time. I hope to have an active year ahead of me with regular fights.

Tell us about your artwork, have you always loved to draw?

I have always enjoyed art, I started painting in my early teens. I have had a pretty positive response on social media so far and it is a relaxing way for me to pass any spare time.