This will be David Moyes’ sixth European campaign, as the experienced Premier League manager embarks on another expedition, this time with his third different side in Europe. West Ham United fans will be excited to see how they cope with the trials and tribulations of the Europa League after performing so well in the Premier League last term, but how has their Scottish manager done in the past on the continent?

We’ve taken a look back through the history books to find out.

Moyes had done incredibly well to finish above Merseyside rivals Liverpool in the league to secure Champions League football, but when the Reds won the Champions League, UEFA had a decision to make. At the time they were unsure that one nation could have five representatives, but the Toffees were allowed to play, entering the third qualifying round.

Unfortunately for them they faced Villarreal, who beat them over two legs and would reach the semi-finals, but Everton were denied the chance to take the game to extra-time as Pieluigi Collina ruled out what seemed to be a perfectly legal header from Duncan Ferguson.

Nevertheless, they dropped into the UEFA Cup play-off round, and faced Romanian side Dinamo București. In one of the most embarrassing nights of the club’s history, Moyes watched on as his side lost 5-1 and were dumped out of Europe. A brutal welcome to continental football.

If the first season was a nightmare, the second was much more respectable. This time in the UEFA Cup after a sixth place finish, they beat Metalist 4-3 in the play-off round to make it to the group stage. Their group stage was perfect as they beat Larissa, Nuremberg, AZ Alkmaar and eventual winners Zenit St Petersburg and took maximum points to make it to the last 32. It may have been a slightly different format, but Moyes smashed it in this group stage.

He then guided the Toffees safely past Norwegian side Brann before they faced Fiorentina in the last 16. Despite coming back from a 2-0 first leg deficit, Everton sadly lost on penalties but would be back the following season.

Another UEFA Cup play-off, this time after a fifth placed Premier League finish. With no automatic places on offer, Everton were drawn against Standard Liege and frustratingly could not play Marouane Fellaini against the team they had just signed him from. They lost 4-3 on aggregate, having drawn the first leg 2-2 - with a 79th minute penalty knocking them out in Belgium. 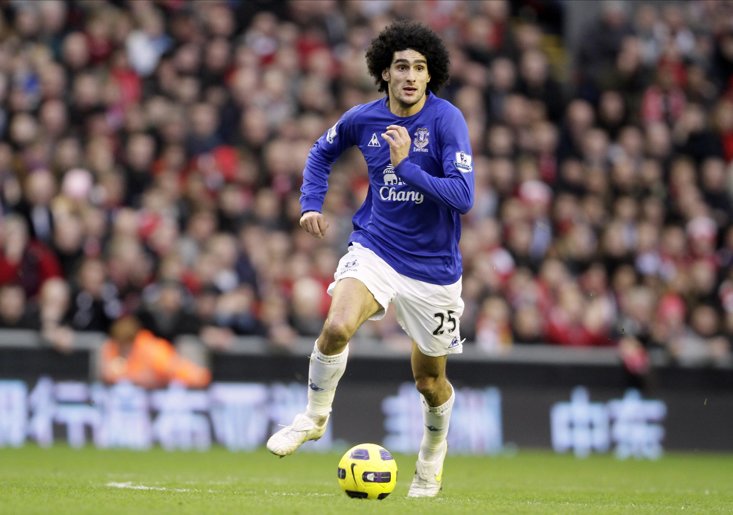 In the first season of the newly-branded Europa League, Everton enjoyed relative success. Having made it through a qualifier with Czech minnows Sigma Olomouc, they were hammered twice in the group stage by Benfica but still qualified in second place with wins over AEK Athens and BATE.

The round of 32 draw was not kind to them however, as they came up against another Portuguese giant in Sporting CP. The 2-1 lead they took to Lisbon was overturned in a dramatic second half that saw the Toffees concede three times in the last 25 minutes.

Now in charge of the Premier League champions, Moyes was back in the big time. The Champions League. He also didn’t have to deal with those pesky play-off ties. Instead United won a group containing Shakhtar Donetsk, Bayer Leverkusen and Real Sociedad and even went unbeaten as they cruised through the group stages.

Olympiacos provided a sterner test in the last 16 as Moyes watched his side lose 2-0 in Greece, before Robin van Persie inspired a 3-0 win at Old Trafford to take them into the last eight. Up against Bayern Munich, this was arguably the biggest tie Moyes had ever managed and a 1-1 draw at home gave them a chance heading to Munich.

When Patrice Evra gave them a crucial away goal lead with a superb strike it looked like all of Moyes’ dreams would come true but a quick response from Mario Mandzukic, followed by goals from Thomas Muller and Arjen Robben dumped them out of the competition. Moyes hasn’t been seen in Europe since… until now.

West Ham are 16/1 to win the Europa League with Betfred.