Football
Features
Chairman and manager Marc White has led Dorking from park football to the verge of the first round
Hector Nunns
06:55, 15 Oct 2021

Something is stirring in the sleepy, stockbroker-belt Surrey market town of Dorking. And if the Wanderers team managed by founder, chairman and former player Marc White clinch a debut appearance in the first round proper of the FA Cup this weekend it will mark another incredible milestone in a 22-year journey.

Back in 1999, city advertising executive White, a Wimbledon fan in his mid-twenties disillusioned by the prospect of relegation and eventual relocation, formed a knockabout park-football team with a group of friends. They all chipped in a fiver a week for the £50 pitch hire, and the odyssey began.

Now, 12 promotions in 19 completed seasons later, the part-time team that White has managed every step of the way find themselves in the Conference South – which they actually led at the time the season was cancelled due to Covid in 2020-21.

And for a man who has washed the kit, hung the nets and dug trenches at the various ‘homes’ from fields with no water or power to the current 3,000-capacity Meadowbank ground, victory against more experienced FA Cup campaigners Hayes and Yeading in the fourth and final qualifying round would represent something incredibly special.

Dorking’s path can be tracked both through the leagues and also by the upgrades in infrastructure demanded as they have moved up the pyramid. In the first instance that was a rope around the pitch. Then came a fixed barrier, electricity, floodlights and finally seats.

White’s merry band started in the Crawley and District League, and from there it was the West Sussex League and then the Sussex County League before graduating to the even higher level. And with the club now in a different stratosphere from those carefree early days, the notion of having to take some coaching badges is finally starting to kick in. 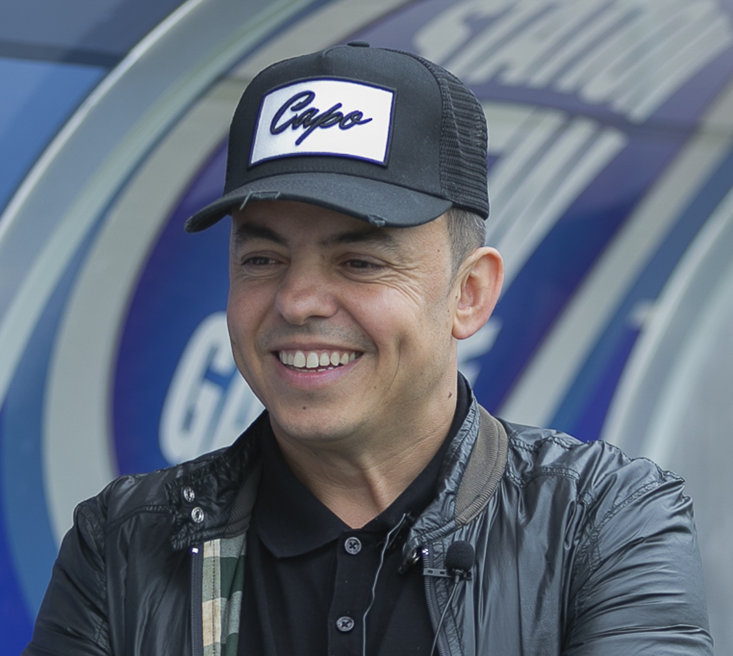 White explains: “I have been the manager from day one as well as being a player back then - but I haven’t done any coaching badges. I honestly don’t know at what level I might need them! In business I had a leadership role at a young age in advertising, and being a football nut and a decent player as a lad the two combined in the manager role.

“I do think that being a football manager is 80 per cent man-management and decision-making, and then of course I surround myself with a team of coaches, scouts and physios.

“With things in the dark Selhurst Park days for Wimbledon, we just decided to do it and form a club. Eventually I left the city and set up my own marketing business, allowing me to give time to the football club. But that has swung. The club used to be 10 per cent of my time, now it’s about 80.

“Everything is down to a tremendous group of people, and I don’t think there is much I personally haven’t done. I used to take my two young daughters along to wash the kit. I’ve put the rope round the pitch, we had to dig a trench at Westhumble, near Box Hill  - so you went down a foot and it was pure chalk. Digging was a nightmare.

“And really the only reason I am still involved is because of the success. Even at non-league level people only tend to associate success with huge money invested. That isn’t the case here. 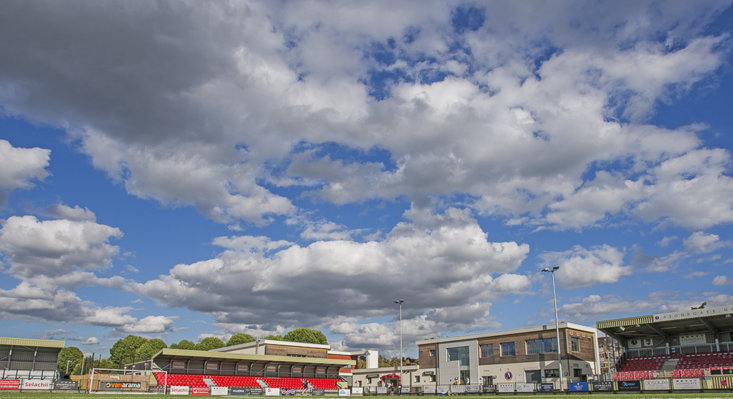 “Fans and local volunteers and businesses have been terrific, we have around 65 partners. The first company involved lent us a rope to go around the pitch, we couldn’t afford it. There was fundraising for floodlights and we had to dig a 300m trench at our first ground.

“And really it has all been done without much of a plan, we just dealt with what was in front of us. It has been bloody tough, insanely tough, to get where we are. Of course, last season we were top of the Conference South when it got cancelled, that would have been the ultimate fairytale to reach the National Conference.

“And we would have had to go full-time, it would be a big change. We have still only bought two players to this day. The dream was always getting to the National Conference and then the Football League, but with the injuries we have had this season I’d probably settle for a first appearance in the FA Cup first round. That would give us some recognition for what has happened here.”

One of those two players for whom actual money was paid was striker Jason Prior, a 32-year-old stalwart of non-league who cost £15,000 funded largely by sponsorship. He has helped fire the club to two more promotions.

Prior, who once had a three-week trial with Premier League Newcastle United and saw his Football League dream shattered by injury after a move to AFC Wimbledon, knows only that he has scored “somewhere between 200 and 300 goals”, and also has unfinished business with the FA Cup.

Prior says: “I thought the Newcastle trial went really well and was disappointed not to get a deal playing with the Under-23s. Then I got the move to AFC Wimbledon and in something like my third start I got the hammer blow of a double leg break. That sort of stopped things in their tracks.

“My FA Cup memories aren’t great either. I have never got to the first round proper. And my one time in the fourth qualifying round while at Bognor we lost 2-1 away at Wealdstone and I missed two penalties. So I’m hoping for better this time.”