“I can’t repeat the exact words and how I felt at the time,” says Welsh rally driver Elfyn Evans as he looks back on the crash at Monza in December which ultimately cost him the World Rally Championship last season. The Red Bull athlete was leading the way at the start of December when his car slid near the end of the Gerosa stage of the race, dropping off the road and into the woods.

In icy conditions, it meant his Toyota team-mate Sebastien Ogier was at least warned of the hazardous corner and went on to win. However, personally for Evans, it was a huge blow and a tough way for the season to end.

“It was disappointment,” he tells us of the overriding sense he experienced. “Things were going in the right direction to do what we needed to do, and at the same time I knew I had to go at speed if I wanted a title. It’s a sport of ifs and buts but in a way I had no regrets about my approach.

“It was sort of one of those things and I’d be scratching my head a lot more if I couldn’t find my speed or wasn’t happy in the car. I think from that side of things, I can take the positives from it and try to focus on those areas better this year.” 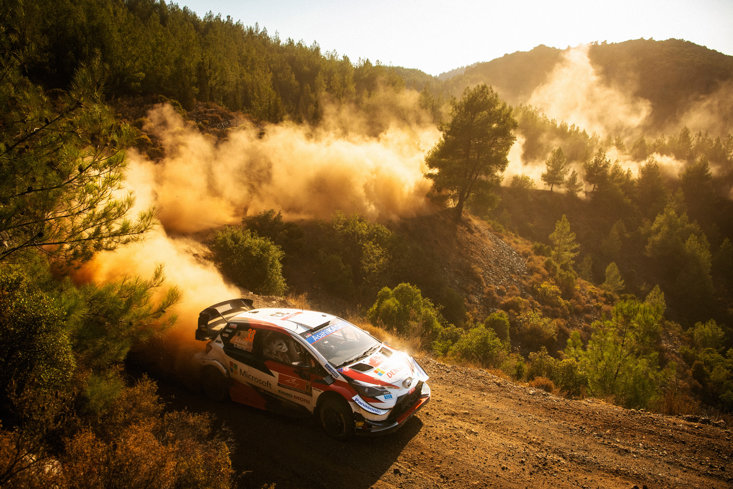 Focused he is. Speaking exclusively to The Sportsman after two days of testing, Evans is gearing up for the start of the 2021 season with the race kicking off in Monte Carlo on Thursday 21 January. That means he’s getting back behind the wheel less than two months after the setback in Monza, but that could be a good thing, especially as the two tracks aren’t so dissimilar.

“There’s not been a lot of time to reflect on that, and of course every error you make you have to try to learn from it and be a bit more thorough,” he explains. “There’s nothing more relevant to that rally in Monza than Monte Carlo, those snowy conditions on tarmac. It was because of Covid that we went to Monza as it wasn’t on the calendar at the start of the year, so fresh snow was something I hadn’t really experienced, as extreme of a grip change.

“I’d like to think now I’d be a bit more wary of that in the future, learn from it but not let it affect your progress as such. We’re looking forward to the new season with a clean slate. Last year was the first time, realistically, I was fighting for the title, so maybe everybody’s expectations are higher.” 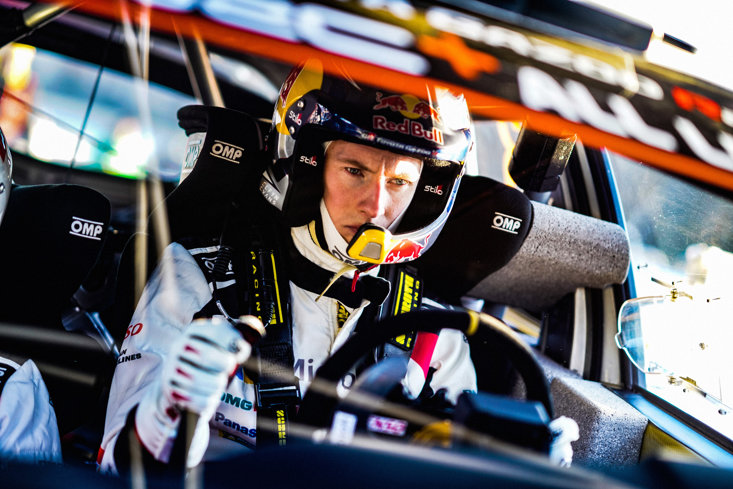 Evans, who turned 32 at the end of 2020, was quick to apologise to the team at Toyota after the setback in Monza and acknowledged the huge role they play throughout the season.

“Not one of us would be there without the team,” he insists. “Toyota are there to win. We’re all there to do a job, to win, but I wasn’t able to do that so, of course, I feel for everybody. Obviously after a fantastic first year with the team it would have been nice to give them that title. I felt sorry for the guys who had put in so much work to give us that great car and not be able to reward them.”

Like everything else in the world, the Coronavirus pandemic also had a huge impact on the World Rally Championships, and Evans admits it has been a testing time dealing with an ever-changing landscape within the sport itself during these unprecedented times.

“We had a long break, having had to cut the season short as things were developing, but I don’t think anybody envisaged we would still be in this situation now. There was a very long gap after Mexico with no rallies at all. It’s quite a challenging sport to carry on with, the fact that it’s not held at one venue that can be secured, so there was a lot of learning and finding out how it could be done safely.

“We saw a lot of rally cancellations and a lot of that came from whether the rallies can survive without spectators or not really. A lot of rallies survive by having ticket sales to make it viable. There is a lot of uncertainty in terms of preparation and where we’re going next, and on a personal level, even just not having the local gym open makes things more difficult. Like many other sports it has been complex.”

Evans’ father Gwyndaf was a champion rally driver himself, taking the title in 1996, and was a major factor in his son’s career, still working alongside him today.

“As a kid growing up watching him, that sparked my interest in sport but especially rallying. At every level, he’s been key in that and very much tried to make sure I wasn’t there under any false pretenses and wanted to see I was competitive at every level.” 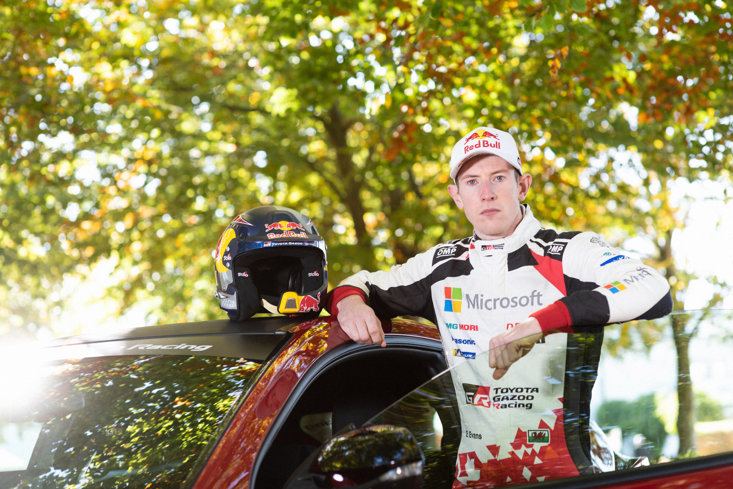 Evans was, and in 2013, with just two days’ notice, he filled in for Nasser Al-Attiyah at the WRC event in Sardinia. To say he had been thrown in at the deep end is an understatement, but he thrived and finished sixth.

“It was a crazy moment in my career because I had clinched the Junior Championship the year before and decided to leave the family car dealership business. I then had a junior role and found out doing the shakedown that I’d be driving and it’s an incredible opportunity, one that you dream of maybe coming your way by being in the right place at the right time. I was lucky that it went the right way for me and it was a great opportunity.

“I think there is always pressure, whether it’s pressure to win, pressure to keep your seat, there is always some sort of pressure in sport and I think you have to not let it get to you. It’s a balance between the hunger to do well and keeping relaxed at the same time to perform well.”

Evans discovered that 2020 was another learning curve and he’s now relaxed, hungry and ready to go again in 2021.