There are four games across Euro 2020 on Monday as Groups B and C are drawn to a close on matchday three. With much at stake, we could be in for some cracking ties. Here is what to look forward to.

Although this fixture has no impact on the standings, North Macedonia will throw everything at the Netherlands to come away from their debut Euro finals with points on the board. Veteran forward Goren Pandev will be geeing up his teammates to give it their all to bring back some pride to their nation. They may already be eliminated but there will be a desire to disrupt the Netherlands’ momentum heading into the knockout stage.

With qualification already secured, the Netherlands could rest some key players for their Round of 16 clash but Frank De Boer will want his side to finish the group stage strongly so that they can keep up their winning momentum in the knockout stages. The Oranje have two wins in two matches and they will want to make it a third as they chase their second European Championship title.

In this crunch tie, either side can secure second spot in Group C as they both sit on three points and have the same goal difference. After an impressive display against North Macedonia and very nearly an incredible comeback against the Netherlands, Ukraine will be confident they can secure their place in the knockout stages for the first time in their history. They will look to their top scorer Andriy Yarmolenko to inspire them to victory with his tenacious attitude and creative flair to drift in from the right.

After also securing victory over North Macedonia, Austria will think they have what it takes to deliver in this final group stage fixture to carry them through to the knockout stage. They may push captain David Alaba back into a higher midfield role so that he can help impose more composure on the ball and set the tempo of the game. Marko Arnautović will be available after his one-match ban, and following his goal off the bench against North Macedonia he will be pushing for place in the starting XI.

Both sides need to win to be in control of their route to the Round of 16. 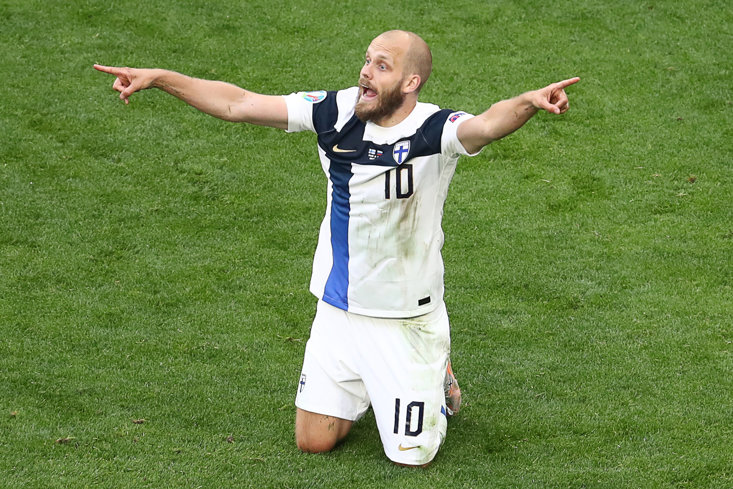 Finland still have a say in their destiny and they could secure a place in the Round of 16 with a win over Belgium. Following their victory over Denmark in their first game, they are in a strong position to reach the knockout rounds of what is their first European Championship finals. They ideally need Russia to draw or lose to Denmark, but they will likely need to win or draw themselves to have a shot of claiming the second qualifying spot. They will look to their star striker Teemu Pukki to step up when his country needs him most to get them over the line.

Belgium will be quite relaxed having secured qualification with a game to spare. They could put out a weakened team but their reserves will still provide a tough test for Finland. Roberto Martínez will want to win the game so that the Red Devils can maintain their winning streak heading into the knockout stage. Romelu Lukaku may urge his boss to play him as he is on the hunt for the Golden Boot, with two goals to his name already.

In what will be the feistier of the two Group B fixtures, both Russia and Denmark will have a chance of sneaking the second qualification spot. Russia will need to draw and hope that Belgium avoid defeat to Finland if they are to claim second place. A win would certainly bolster their chances of qualifying and they will feel they can achieve that against a Denmark side with zero points on the board so far. They will look to Artem Dzyuba and Aleksandr Golovin to deliver the goods in this crucial fixture.

Denmark still have a chance of qualifying, albeit they would need Finland lose to Belgium if they are to have a hope of snatching the second spot at the death. In front of a home crowd, the players will be pumped up and the Danish supporters could give them the boost that they need to get the result that could possibly send them to the Round of 16. They cannot afford to be cautious, with three points imperative if they are to have any chance of progressing.