Kevin Campbell insists Everton are on the right track with Carlo Ancelotti at the helm but believes the team needs time to evolve on the pitch. The Toffees icon understands supporters yearn for the club to return to the top as soon as possible but insists it has to click properly.

Everton have been in the hunt for the top four all season, even topping the table briefly in September, but head into Saturday’s Merseyside derby at Liverpool on the back of successive home defeats.

However, Campbell, the last man to score an Everton winner at Anfield back in 1999, believes they are making good progress with the former Milan boss in charge.

“Ancelotti is doing a great job,” he tells The Sportsman in an exclusive interview. “I know Evertonians want it now, but it’s got to evolve properly because if you try and spin it now it’s not going to work.

“I understand what they’re saying, because they’re not quite there yet but I know he’s doing a great job. They’re still in the shake-up, they still can finish above Liverpool, it just brings more onus on that derby, which is going to be great.”

Last week, the Blues defeated Tottenham in a nine-goal extra-time thriller to reach the FA Cup quarter-finals only to lose 2-0 at home to Premier League strugglers Fulham before another 3-1 loss against leaders Manchester City. Campbell acknowledges Everton have blown hot and cold but admits it is hard to find consistency when clubs above them have greater depth.

“Everton beat Spurs 5-4 after extra-time, it’s a fantastic opportunity,” he says. “Then you know the next game is Fulham, you think ‘right, we’ll wipe the floor with Fulham’. The emotional drain of that game against Spurs took it out of the players, you could see the players were two yards short.

Campbell, though, is feeling positive for the long-term future of the club, adding: “It’s coming. You can feel it. You can feel the momentum, slowly but surely Ancelotti is getting there. The squad maybe isn’t as strong, and he’ll have to go again in the summer.”

Since arriving at Goodison Park in 2019, the Everton manager has been aided on the touchline by assistant Duncan Ferguson. ‘Big Dunc’ is another former Blues number nine adored by the Toffees faithful and Campbell believes the towering Scot could one day be the full-time gaffer after his successful caretaker spell 15 months ago.

“Big Dunc is Everton through and through,” says Campbell. “I have a great relationship with Big Dunc. Anytime I go back we have a coffee and have a good laugh. Fergie was unplayable at times and he’s someone who’s got the feeling for the club, for the place, for the fanbase.

“I was so pleased to see him make such a significant change to beat Chelsea when he took over as [caretaker] manager. He got some great results and that set the platform for Carlo Ancelotti to come in. It was great that Ancelotti made Fergie his number two, you cut him and he’s got blue blood. He has got his finger on the pulse when it comes to Everton. I’m sure moving down the line he will be full-time manager one day.”

After arriving at Everton in April 1999 on loan from Turkish side Trabzonspor, Campbell scored nine goals in eight games to virtually save the Blues from relegation that season and has shared a special affinity with the supporters ever since.

“The nine goals in eight games was special obviously and was much needed,” he remembers. “I looked at the squad and the squad was strong, Danny Cadamarteri and Francis Jeffers were playing up front; really good players, talented, but they didn’t have the know-how, the experience.

“Even before I played my first game there was a connection between me and the fanbase, they understood what I was about, I knew what the Evertonians were about having played against them for quite a few years. It was just a match made in heaven and I think we needed each other to be honest. I still need the Evertonians because they’ve always been great for me. 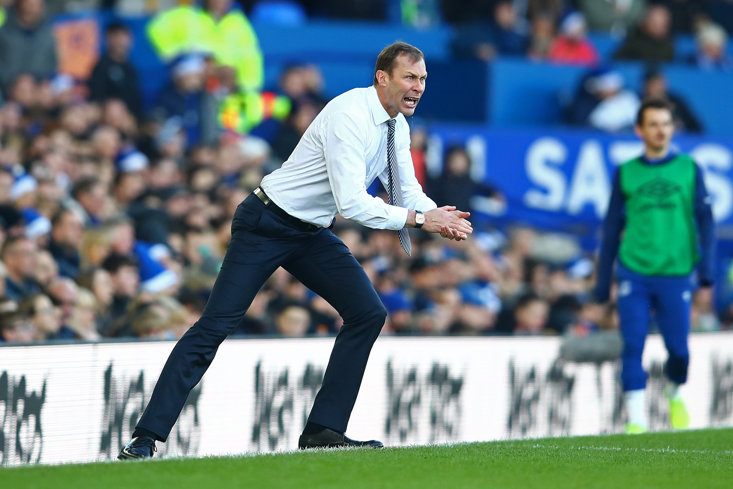 CAMPBELL TIPS FERGUSON TO BECOME EVERTON'S MANAGER IN THE FUTURE

Campbell would spend six years on Merseyside and saw one of the talents of a generation come through the Everton ranks first-hand. The former striker, who turned 51 this month, was on the field when Wayne Rooney announced himself with a stunning wonder-goal against Arsenal at just 16 in 2002. However, Campbell first played with the future Manchester United legend two years previously and was stunned by his ability.

“The first time I saw him play, he was 14 years old and I couldn’t believe what I was witnessing.” he reveals. “I saw him on the [reserve team] coach and thought he was one of the coaches' nephews; then he’s getting changed in the dressing room and I thought he was coming for the warm-up. The reserve manager said ‘treat him like a first-teamer’.

“I thought it was a bit strange but what I witnessed at 14 was incredible. He scored two that day and I came back and said to the lads ‘You’ve heard about that Rooney? I played with him last night, andhe should be with us now.’

“‘Get out of it Kev, you’re crazy!’ they laughed. ‘What have you been drinking?’... I said ‘I’m telling you boys, you’ll see, the kid is unbelievable’. Two years later, he comes in straight from school and all the lads after one day were like… [gobsmacked].”

“He’s a top lad, top player and a genuinely nice guy. He’s blue through and through..”

The 238th Merseyside derby kicks-off at 5.30pm on Saturday, with Everton looking to claim a first victory at Anfield since Campbell’s winner back in 1999.