Motorsport
Features
The details surrounding the crash with Max Verstappen left a bitter taste in the mouth
Simon Lillicrap
08:52, 19 Jul 2021

As Lewis Hamilton paraded around Silverstone waving the British flag, after winning his home Grand Prix for the eighth time, there were scenes of jubilation in the stands and in the Mercedes paddock.

It was a phenomenal final 15 laps from the Brit, who made up 10 seconds on race leader Charles Leclerc to take the win, but it is what unfolded in the first nine corners that has exposed Formula One’s ginormous grey area and left a slightly sour taste in the mouth.

Hamilton’s crash with his title rival Max Verstappen has been minutely dissected. Should he have gone for the overtake down the inside of turn nine? Perhaps not. Was it a big turning point in the season? Almost certainly. But the racing details that unfolded in the seconds around Copse Corner are not the only thing that has exposed Formula’s One’s grey area this week.

There have been several touch points that, although they have not been ‘illegal’, they have certainly not felt right for those of us watching on. In the build-up to the race Mercedes boss Toto Wolff said of Hamilton’s title hopes: “This is so far from over. What is he? 32 points behind Max? That’s a DNF [Did Not Finish] away. And he’s in the hunt again.” 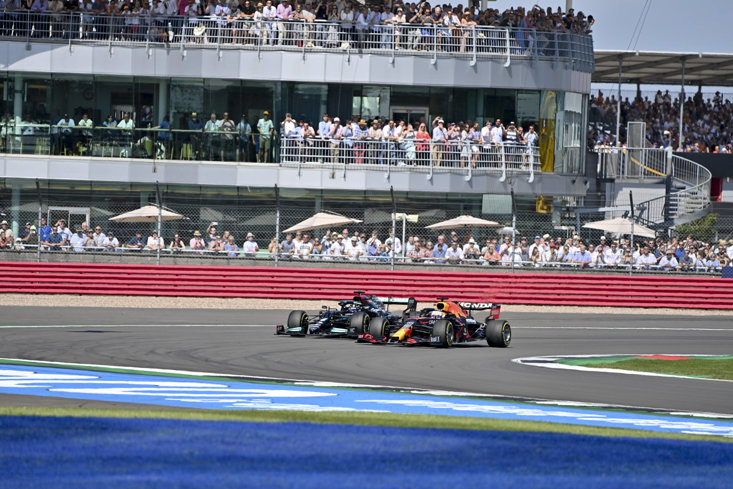 HAMILTON ON VERSTAPPEN'S COAT-TAILS SHORTLY BEFORE THE COLLISION

That makes this incident seem a little less innocent and a little more pre-planned. The collision itself saw Hamilton all over Verstappen in the opening stages of the race, yet he chose one of the fastest corners in the world to make his move. Yes, you must take advantage when you are carrying more speed, but he surely would have had a more sensible passing point heading into the Hangar Straight.

Once the incident had taken place, all attention turned to the sanctions Hamilton would or would not receive as the race was in the pits. The eventual decision of a 10-second penalty confirms the stewards believed he was at fault for the crash, but it wasn’t enough to deny him victory and make up 25 points on his title rival. If he was at fault, surely it isn’t fair that he finishes the weekend much better off than Verstappen?

Every crash in F1 is unique, and that is the reason stewards are there to dish out punishments, but the grey area has always existed. Title challengers Damon Hill and Michael Schumacher famously collided in the final race of the season in 1994, which conveniently handed Schumacher the World Championship. It may not have been the final race of the season on this occasion, but this crash could prove just as decisive for Hamilton. 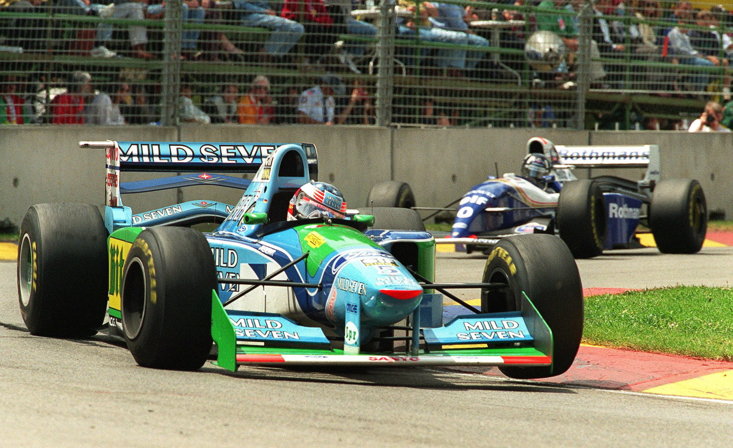 There were other details in Mercedes’ performance which left a bad taste in the mouth. Team orders saw Hamilton pass Valtteri Bottas with 10 laps to go, and although it was the right call from the team - and to reiterate, there is nothing wrong with this - it just doesn’t feel very sporting. If their defence of Hamilton’s role in Verstappen’s spin was to do with allowing competitive racing, are team orders not contrary to their argument?

Then we come to the celebrations at the end. Verstappen was taken to hospital for checks having smashed into the barrier at 160mph and yet the Mercedes team celebrated wildly. They’d made up huge ground on the title leader and that, in a competitive sport, overtook all else.

Verstappen didn’t hide his feelings on social media as he said: “Glad I’m ok. Very disappointed with being taken out like this. The penalty given does not help us and doesn’t do justice to the dangerous move Lewis made on track. Watching the celebrations while still in hospital is disrespectful and unsportsmanlike behavior but we move on.”

Individually, each of these things can be justified and none of them are ‘illegal’, yet as a collective it just feels unjust. Sporting integrity is paramount, and it seems as if Mercedes took full advantage of Formula One’s irreparable grey area this weekend.