We’ve picked out four players potentially set for big returns ahead of the penultimate FPL gameweek before the UEFA European Championship Qualifiers.

If you’re debating using your Wildcard, we suggest considering holding out until the international break is over, unless there’s some serious doubt in your 15-man squads, which is natural in the early stages of the season.

Here are our pointers for GW4.

Lucas Digne has arguably been Everton’s best player so far this season.

The full-back put in a startling midweek performance against Lincoln in the EFL Cup and was the clear standout.

Digne produced a “world-class strike”, as quoted by the Imps’ manager, Danny Cowley, whilst further providing an assist and earning the Man of the Match award.

The French left-back is already the joint-top points scorer amongst defenders in FPL and it’s doesn’t look as though he’s slowing down anytime soon.

Free-kick and corner duties bolster the likelihood of attacking returns for Digne and we expect to see his price rise further down the line.

The Merseyside club haven’t conceded at Goodison Park since February 2019, therefore the chances of another clean sheet look hopeful.

The Toffees oppose Wolves this Sunday and both sides will be competing for that Europa League spot come to the end of the 2019/20 campaign.

Europa League duties may well be leaving Nuno Espírito Santo’s players feeling fatigued as it is.

The side have squeezed in just two goals in their first three games, suggesting Everton’s backline could well be set for their third shutout of the season.

Chelsea’s academy product, Mason Mount, will be gleaming with confidence after his first international call-up with England, following impressive performances in the Championship and Premier League.

The 20-year-old has proven his ability to score goals after a scoring one in each game against Leicester and Norwich respectively.

The midfielder has recorded the joint second-most shots (12) in the league this season, one behind Burnley’s Ashley Barnes, demonstrating his attacking threat.

Interestingly, Mount was deployed into a left-wing role under Frank Lampard against Norwich, increasing his chances of attacking returns further upfield.

At the time of writing, the Englishman is currently selected by 11.9% of teams, making the youngster a slight differential heading into a home encounter against Sheffield United.

After three games, the Blades are yet to keep a clean sheet and we will be hoping that Mount can capitalise. 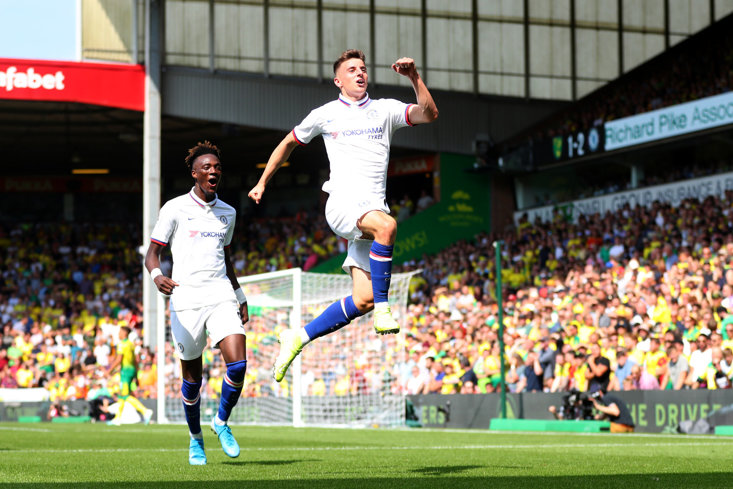 Despite blanking against Manchester City and Brighton & Hove Albion, West Ham’s Sébastien Haller took a turn for the better in GW3.

The club-record signing scored a brace and bagged a Man of the Match performance against Watford.

Hopefully, the Frenchman’s 13 point haul will be the confidence booster needed to get his goal-scoring tally skyrocketing.

The Hammers face-off against Norwich this Saturday which will be an uplift for Haller, considering the Canaries have conceded the most goals and shots in the league this season.

Ever since the Premier League started in August 1992, West Ham have avoided defeat at home against Norwich and Manuel Pellegrini will be looking to keep the record intact.

Haller’s next fixtures include Norwich (H), Aston Villa (A), Manchester United (H), Bournemouth (A) and Crystal Palace (H). That’s something to consider.

It might be down to reduced minutes, fellow teammate Raheem Sterling riding the spotlight, or the consistency he provides every year for Manchester City, but Sergio Agüero appears to have ventured under the radar so far this season.

For players that have scored two or more in the Premier League this campaign, the Argentian striker has the best minutes per goal ratio and sits as the joint second top goalscorer.

It feels as though all the talk has surrounded the likes of Teemu Pukki, for good reason, but Agüero is only one goal behind the Norwich forward despite playing 86 minutes less.

The Man City legend has scored in each of his three appearances against the Seagulls and with four goals in 177 minutes of top-flight action this season, we simply cannot turn a blind eye.

Following Brighton, the Citizen’s will line-up against Norwich and Watford. Agüero is ruthless against the Canaries and the Hornets, producing six assists and scoring 16 goals in 14 appearances over the years. Clinical.