Football
Features
Can you fit both forwards and Mo Salah into your team?
Simon Lillicrap
08:01, 16 Sep 2021

We are straight into another FPL gameweek and if you have managed to make it this far without playing your wildcard then have more willpower than we do. However, if you are still sitting on that important chip, with a bit more information under your belt, now may be the perfect time to play it. Here are our three tips for success this gameweek.

The two premium forwards in the game both bagged a brace at the weekend and added to their goalscoring tallies in the Champions League in midweek, but can you really afford to get both of them, and Liverpool’s Mo Salah into the same team? The answer is yes of course, but it will probably cause you issues in defence and midfield.

If you are looking to balance your team by alternating between the two, consider this. Chelsea face Tottenham Hotspur away and Manchester City at home over the next two weeks, but then have a clear run of six fixtures in a row where they should take maximum points. Manchester United face West Ham away and then Aston Villa at home, before embarking on a rough five fixtures that includes Liverpool and Man City. If you have to choose between the two, go for Ronaldo for the next two weeks, then switch to Lukaku.

The Gunners have been the butt of everyone's jokes so far this season due to their poor performances, but there is an upside to this -  the price of their players has dropped and that means value is there to be had. After their rough start they kept a clean sheet against Norwich and now face Burnley, Tottenham, Brighton and Crystal Palace in the next four weeks. 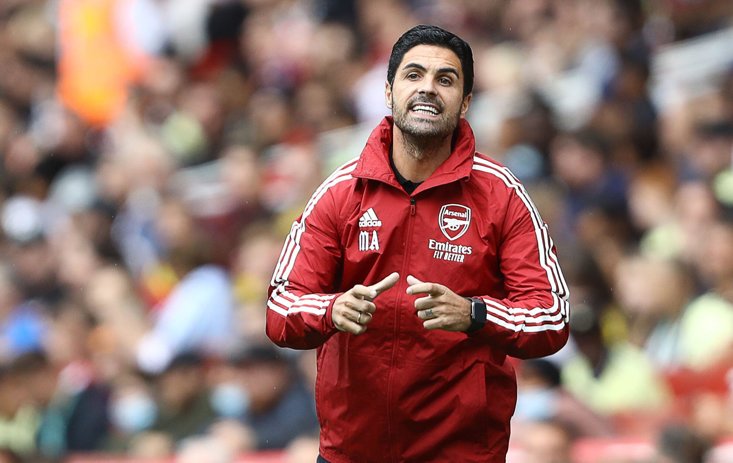 Although unconvinced by them under Mikel Arteta, Ben White at £4.4m and Kieran Tierney at £4.9m look like great options to have, especially if you are trying to save money for those aforementioned premium forwards. Pierre-Emerick Aubameyang may be the cheapest he has ever been in FPL at £9.9m but he is still overpriced, however the likes of Emile Smith Rowe, now £5.3m, could see their price rocket with consistent performances over the next few weeks.

With the news that Everton forward Dominic Calvert-Lewin will be out for around three weeks with injuries to his toe and quad, it is certainly time to move on from the £8.2m man. If you don’t want to disrupt the rest of your side by stretching to bring in one of the big guns, there are several exciting replacements for the England man.

Patrick Bamford seems like the best pick for those wanting points this weekend. At £7.9m you can save yourself a bit of cash and he is facing a Newcastle United side on Friday night that has conceded more goals than any other in the Premier League this term. Add to that, his next six fixtures all look kind, and we could see the very best of Bamford once again.

Elsewhere, Vlla’s Danny Ings is still priced at £8.0m but faces three tough fixtures in a row, while Michail Antonio could be a brilliant option. He will miss this weekend’s game against Manchester United due to his red card, and European football is on the way for West Ham, but he is still the top performing forward in the game, and his price and ownership levels have both dropped since his dismissal. At £7.9m, that price will have a lot of people interested given he plays Leeds upon his return.