Boxing
Features
Ahead of Joshua vs Usyk, here are five of the best domestic scraps played out on the pitches of English football
Joey Mills
17:10, 24 Sep 2021

Anthony Joshua and Oleksandr Usyk face off this Saturday for three-quarters of the heavyweight championship of the world at the Tottenham Hotspur Stadium. London-based megafights such as this usually find themselves played out at Wembley. ‘AJ’ himself scored a career-defining win over Wladimir Klitschko under the arch, and apparently Carl Froch fought there too against George Groves in a fight he almost never brings up. But football’s club grounds also have a rich prizefighting history in this country.

Here are five of the best domestic scraps played out on the pitches of English football. 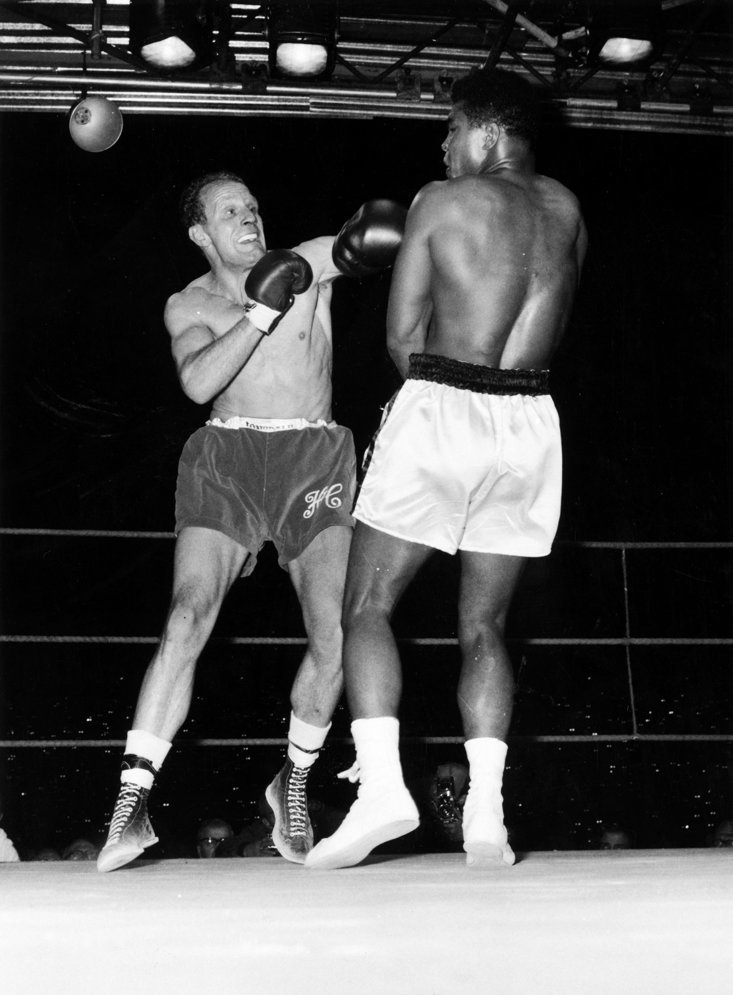 ‘The Greatest’ had already boxed ‘Our Henry’ in a London stadium, when he recovered from a knockdown to stop the British brawler on cuts at Wembley in 1963. When he returned to these shores to face the same man three years later, Ali had the world heavyweight championship in tow.

The champion had learned his lesson from the first encounter, using his superior speed and footwork to stay out of Cooper’s reach. Winning the first three rounds on the back foot, Ali closed the distance from the fourth onwards, stopping the brave challenger in the sixth round, once again due to cuts.

Tottenham’s new ground prepares to host the latest chapter in heavyweight history, but their previous home features in an earlier section of that same book. The immensely popular Bruno took on former world title challenger and Ali opponent Joe Bugner under the floodlights.

A true crossroads occasion, Bruno had failed in a WBA title bid against Tim Witherspoon the previous year, but had amassed three wins since as he sought another shot. Meanwhile, Bugner’s best days had come a decade previously, when he twice took Ali the distance while doing the same to Joe Frazier. This stadium scrap followed the script, with Bruno continuing his resurgence via an eighth-round TKO victory. 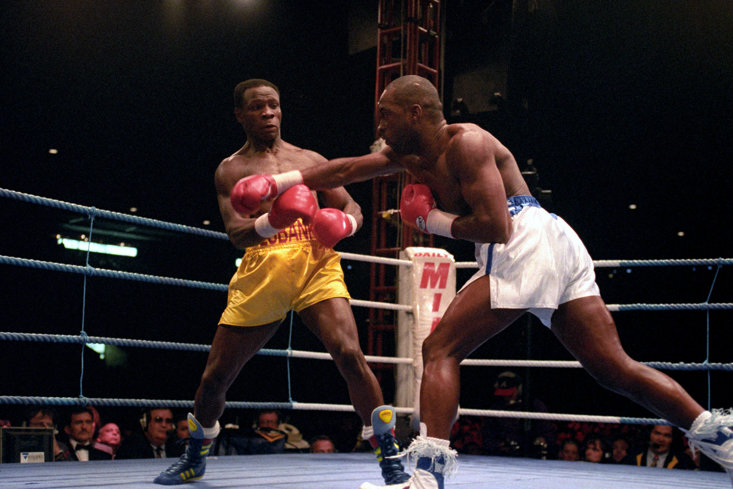 After their 1990 instant classic at the Birmingham NEC, it was decided only the cavernous Old Trafford could hold the resumption of the biggest rivalry in British boxing history in 1993. 42,000 fans witnessed this WBC and WBO super middleweight title unification bout, alongside an estimated worldwide television audience of half a billion.

Promoter Don King included a clause in the fight contract where both the winner and loser of the fight would have to sign with his stable afterwards. Hilariously, the match ended in a draw. King had not made provisions for this outcome, and neither Benn or Eubank signed for the notorious promoter. While the bout included some ferocious exchanges, particularly in the final round, it did not quite match their superb war from three years earlier.

Ricky Hatton vs Juan Lazcano - The City Of Manchester Stadium

Ricky Hatton had made the MEN Arena in Manchester a fortress during his ‘local lad made good’ rise to the world title. After losing his crown to Floyd Mayweather in 2007, Hatton upped the ante on his homecoming, fighting Juan Lazcano at The City Of Manchester Stadium.

Fighting at the home of his beloved Manchester City fired Hatton up, and the noise was deafening as the sold-out venue sang ‘Blue Moon’ while the fighter entered wearing a comical fat suit. The roar of the crowd caused Hatton to get a tad over-enthusiastic at times, and Lazcano rocked him in the eighth and tenth rounds. ‘The Hitman’ restored his advantage quickly on both occasions, and ended up walking away with a restorative decision win as he embarked on the next chapter of his career. 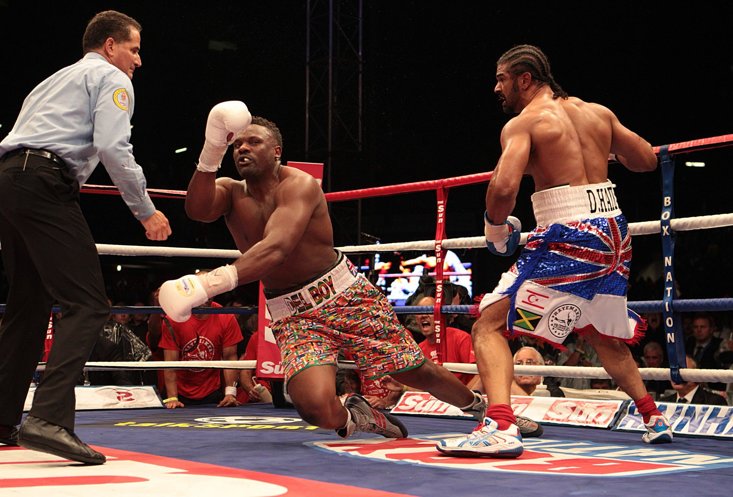 One of the strangest fights in domestic boxing history took place in a football stadium, as Upton Park played host to this odd heavyweight meeting. Haye had been present as Chisora unsuccessfully challenged Vitali Klitschko for the WBC title earlier in the year. After the fight, Haye taunted Chisora at the post-fight press conference, and a brawl erupted between the two.

Haye was officially retired at this point, while Chisora had his license revoked for the incident. This did not stop the men announcing a fight promoted by Haye’s own company, and licensed by the Luxembourg Boxing Association, because neither held a British Boxing Board of Control license.

After an intense build-up, this controversial fight did not disappoint. An entertaining heavyweight action fight, Haye would settle the dispute via fifth-round TKO. In a bizarre ending to their story, Haye would later manage Chisora’s ring career for a spell.