Yes, yes, we know, football didn’t start in 1992 and England’s greatest players never played in the Premier League, with the World Cup winners that were Gordon Banks, Bobby Moore and Sir Bobby Charlton all peaking in the 1960s. But the reality is that it is difficult to compare players from different eras, especially the ones we were not lucky enough to see play.

So below we have put together our best XI of England internationals who have played in the Premier League. The only qualifying factor is that they must have played at least one season in the top flight since its rebrand in 1992. Controversy awaits!

He was England’s number one at the dawn of the Premier League and, to be honest, it has been downhill ever since for those between the sticks. With 75 England caps to his name he is a cut above the likes of David James, Paul Robinson and Joe Hart, who all served as England’s number one for more curtailed periods. A truly wonderful goalkeeper who also has two Premier League titles to his name.

England’s best right-back in the Premier League era is Gary Neville and honestly, there isn’t even much competition. Trent Alexander-Arnold is better going forward than Neville ever was and a better player technically, but he just hasn’t had enough England experience to overtake Neville quite yet. A true leader and a real winner, Neville slots in at right-back. 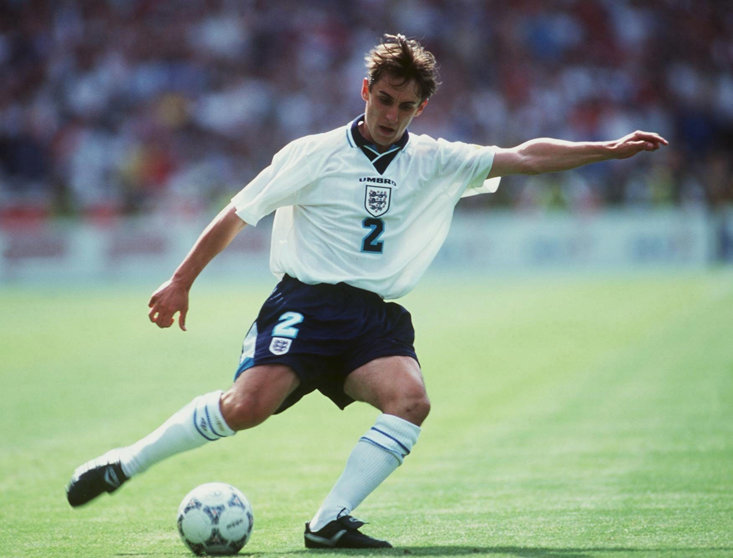 England have been blessed with brilliant central defenders but, even with all of this competition, it is difficult to place anybody ahead of John Terry. Across 78 England caps he represented his country at five major tournaments and was often the country’s leader on the pitch. Five Premier League titles and a man who won everything at club level, Terry leads this side.

The second centre-back position was tough to choose. Tony Adams, Sol Campbell and Ledley King are all worthy contenders but ultimately Rio Ferdinand’s record makes him unbeatable. He was an integral part of a Champions League-winning Manchester United side and played for his country 81 times, performing well at most major tournaments.

Stuart Pearce was brilliant, but Ashley Cole was better. The best left-back in the world for the majority of his career and a loyal servant to his country even when circumstances were difficult off the pitch. A poor decision not to take him to the 2014 World Cup.

We’ve solved England’s pesky left-midfield issue by simply changing the formation to a narrow one. Why didn’t Sven think of that? Steven Gerrard’s record speaks for itself and alongside the next two names there can be little argument that these are England’s most consistent midfield performers over the past few decades.

Paul Scholes was wasted by England, often being played out of position, and his international career was relatively short as a result. Like it or lump it, he doesn’t make this team. One man who led the country brilliantly and became the icon of English football is David Beckham.

It was often claimed that ‘Golden Balls’ didn’t play as well at club level as he did for the Three Lions, but that only serves to underline just how good he was in England colours. There was THAT goal against Greece, his redemptive penalty winner against Argentina and countless arching right-wing crosses which teed up crucial England goals. Seventeen goals? 115 caps? Yes, Beckham is one of the greats.

No Frank Lampard?! Haven’t you learnt by now that Gerrard and Lampard simply don’t work together in the same team? David Platt scored vital goals for England and his surging attacking runs would go perfectly on the left side of this diamond. He played 62 times for his country and was England’s standout player in a difficult era long before the Golden Generation came to the fore. Platty was the nation’s great hope for many a year.

The most talented English player of his generation may have played his best football for his country at Italia 90 and Euro 96, but he only played four seasons in the Premier League for Middlesborough and then Everton. With a wealth of talent behind him, Gazza’s bags of skill would be allowed to flourish in our system. There was no way this guy could be left out.

Score Draw
@Scoredrawretro
As @England make it a landmark 1,000 games tonight we thought we'd recap on on one of the greatest #ThreeLions goals.
Gazza floats over a free kick and David Platt swivels on a sixpence to grab a last minute winner against Belgium at #italia90 #england1000 ðŸ´ó §ó ¢ó ¥ó ®ó §ó ¿
53
257

Alan Shearer is the record Premier League goalscorer and a man who led his country by example. The Blackburn and Newcastle frontman played in an era of remarkably talented English strikers yet was the country’s first choice for most of his career, which is testament to his ability. He was phenomenal at Euro 96, netting five goals in a memorable run to the semi-finals, and scored a total of nine in major finals. He is a must-have in this team.

Despite the likes of Robbie Fowler, Teddy Sheringham and even Harry Kane all being in contention for this spot, there is no way we could leave out England’s greatest goalscorer of all time.

A serial Premier League winner, Rooney was an incredible talent and thrilled the nation when he burst onto the scene at Euro 2004. England have rarely boasted the best player in the world at an international tournament but, at the age of 18, he took the continent by storm and would remain the focal point of the Three Lions’ attack for over a decade. 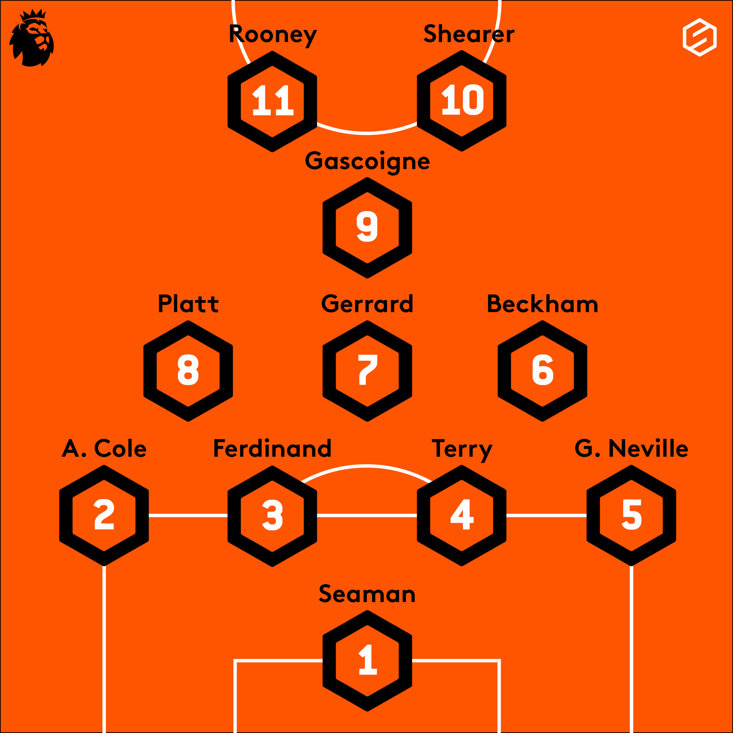