Just one look at James Rodriguez’s Instagram account and you will see the picture of fitness. With his sparkling white teeth, wicked smile and his slick hair (not a single one is out of place) the Everton and Colombia star could be mistake for a Disney prince. The playmaker boasts 46.7m followers on the social media platform and regularly displays the muscles he hones through hours upon hours of work in the gym. Here’s how he maintains such a damn fine look...

At Bayern Munich, where James spent two seasons on loan between 2017 and 2019, the Colombian worked through a strict 13-point training plan, according to The Sun. The Colombian was required to eat five meals a day including meat, fish and salad, take in fruit or yoghurt in the mornings and afternoons, and of course drink plenty of water for hydration. Breakfast - the most important of meal of the day, as we're often told - was a staple he never missed too, with a slice of toast accompanied by light cheese or ham.

It certainly did the trick if the honed abs on show in his Instagram shots are anything to go by. 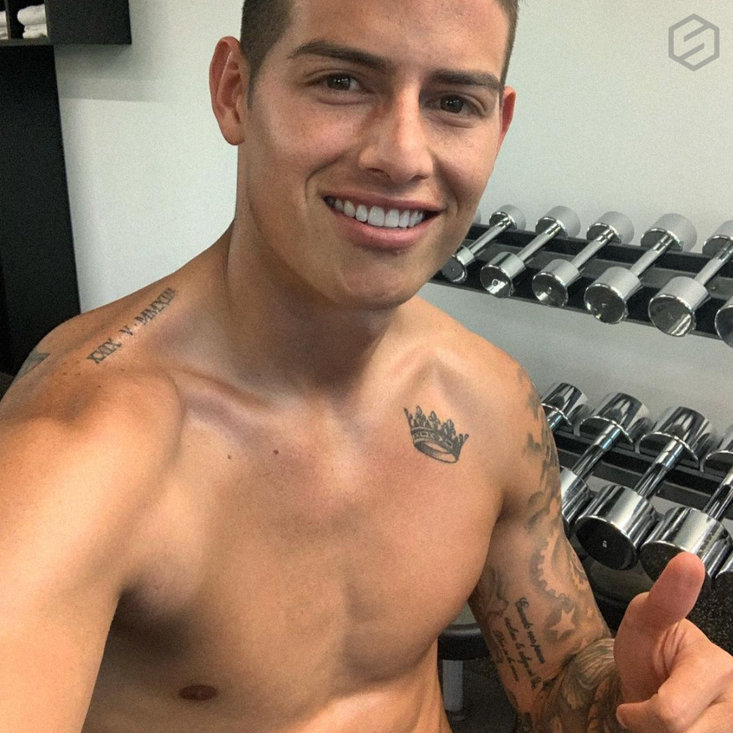 James loves to share his workouts on social media, and more often than not a host of silver weights accompany shots of him with his shirt off (obviously).

James regularly undertakes strength training in a bid to improve his endurance. Again, during his time with Los Blancos, the playmaker shared a workout routine which involved squats with a weight across his shoulders. However, with a 5’9” frame, James will not bulk up so much since he still needs to be light on his feet. Ralph Reiff, an executive director of St Vincent Sports Performance in the States, told Sports Illustrated of James, “He can train for a higher level of endurance with his own body weight, then add resistance with weights to increase muscle fibres. Instead of doing five reps of heavy weights, you do weights that let you maximise 12–15 reps.”

With a wand of a left foot and extreme balance allowing him to beat as many defenders as he likes with ease from the tightest of corners, it’s important James works on his leg muscles. And, just like his former Real Madrid teammate Cristiano Ronaldo, he does exactly that with great regularity.

During the final six months of his time at the Bernabeu before his £20m summer switch to Everton, the 29-year-old shared a number of videos of home workouts during lockdown in which he worked on his limbs. James first did reps of leg raises with weights to boost his muscles before using a medicine ball, which he rolled down along his back while bending his knees. Later, he used an elasticated band across both ankles and, while lying down, parted his legs, all the time raising his upper body off the mat, strengthening his core and resistance.

Making the most of recovery technology 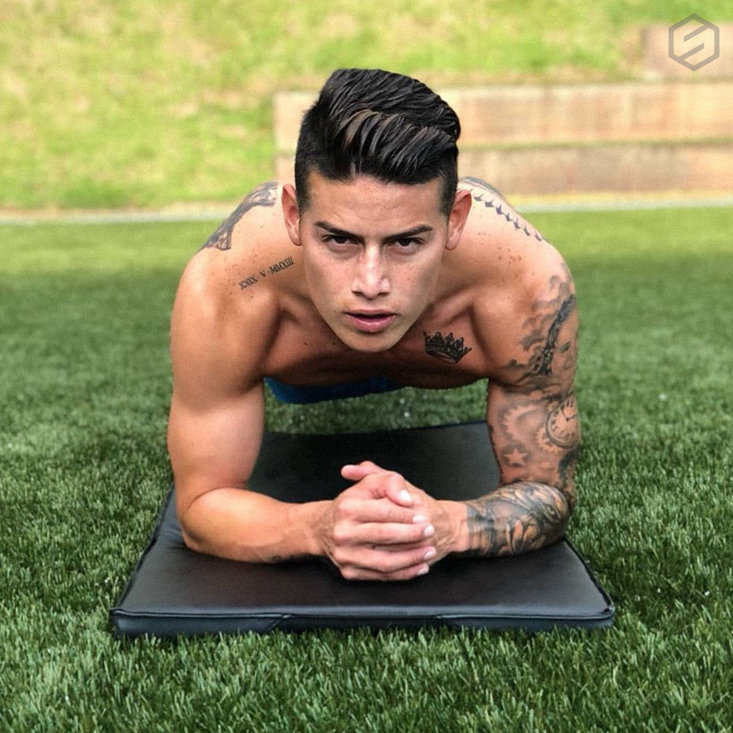 As one of the most talented footballers on the planet, James has been worth millions to his clubs. From Monaco and Porto, to Madrid and Everton, he has been a central figure wherever he has gone. So whenever an injury comes, it is vital that his recovery chances are higher than the man on the street, using the latest technologies available.

In 2016 at Madrid, James used a hyperbaric chamber to reduce his recovery time from a calf muscle injury. The treatment aided James’ fitness as the chamber ensures blood cells get 100 per cent pure oxygen, which accelerates the repair of the injured muscle.

Former Manchester United goalkeeper Ben Amos has experienced similar treatment, and told oxygenhealing.co.uk last year, “I rarely get niggles now. I used to experience discomfort in my hips and elbows but no complaints of late. I have got a sore hand at the moment but it feels a bit better than it has done as the treatment has been helping with swelling.”

Cardio work, with a stationary bike and on the road 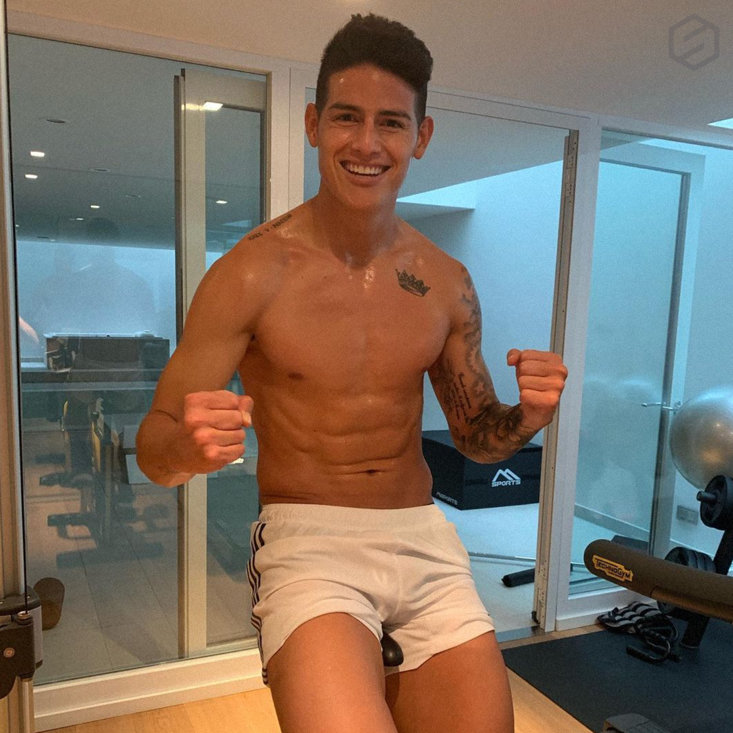 The Everton man trains three times a week, according to Health Yogi, and cycles on a stationary bike for 20 minutes before every workout to boost his cardio. “Before the actual training begins, your body must first be at a working temperature,” he told Keller Sports.

It seems the Colombian is also a keen cycler in his downtime too, taking to Instagram to show an image of himself on a bike on the road wearing full cycling gear during the summer break of 2017. Look out, Sir Chris Hoy.