Emily Chappell was once an imaginative inner-city courier, who thoroughly enjoyed riding round metropolitan London, delivering packages across the capital. Just one woman and her bike. And then Emily decisively swapped posting parcels for the pursuit of adventure. It would still require her pedal power, but to an incomparable degree. The Brit would be competing with ultra-athletes from across the planet in the formidable cross-country cycling race, The Transcontinental.

And within two years Emily had become the best.

Founded by the late ultra-racer Mike Hall, the man who had set the around-the-world cycling record, in 2013, the still-fledging ‘Transcon’ is a gruelling crusade across mainland Europe. It is 4,000km across the continent, unassisted, in the shortest time possible, on a clock that never stops.  There is no support with racers only able to use what they take with them, or what they can find en-route. Sleep is at the bottom of the priorities list with choosing where, when and if at all to rest, at the risk of falling behind the rest of the mercilessly determined pack. And crucially, there is no route. It is up to the lonely, isolated cyclist transversing Europe’s beating heartland.

“ I’m one of these people that always needs to be setting off on a new challenge,” Emily tells The Sportsman, “But when I heard about The Transcontinental my first reaction was, ‘I’m not interested’. I remember distinctly pointedly ignoring it.” 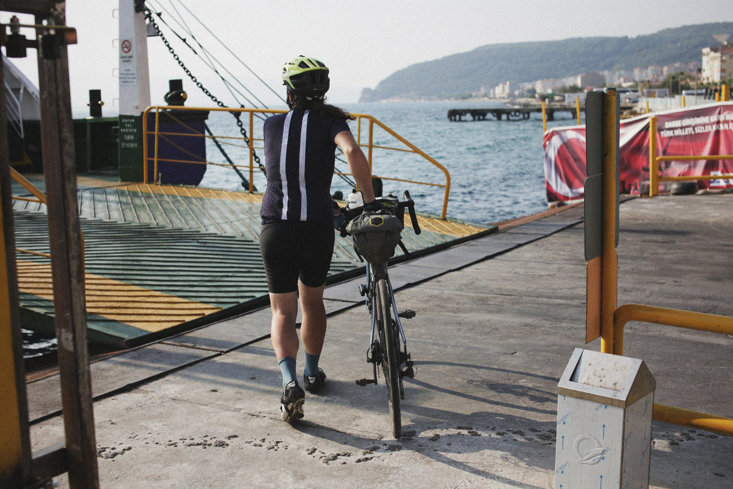 However, one evening in late 2014 Emily met up with several female endurance cyclists. She was, in her words, ‘just a scruffy courier’. The other women, despite their experience, treated her as one of their own. Over a couple of beers, they got her to admit that she wanted to attempt The Transcontinental. She then had nine months to train herself into a pro road cyclist and started riding longer and longer distances, such as from London to Manchester.

“I felt like there was quite a lot of catching up to do,” she says, “The thinking behind it was if I suffered a lot beforehand, it would mitigate the suffering during. I also felt as if I was going to embarrass myself sooner or later.”

In this first race in 2015 there was soon the epiphany that Emily was far better at this, one of the world’s most gruelling ultra-distance races, than she had previously thought, and it was down to the experience that had previously set her apart.

“I wasn’t straggling at the back and it was stuff I knew I could do,” says Emily, “At that point I realised I’m not the wrong sort of person to attempt this. Noticing several of the other racers were having a hard time. I began thinking, ‘Being a bike messenger might just have been the best preparation for long distance. Maybe my experience as a courier is more useful than I previously thought.’” 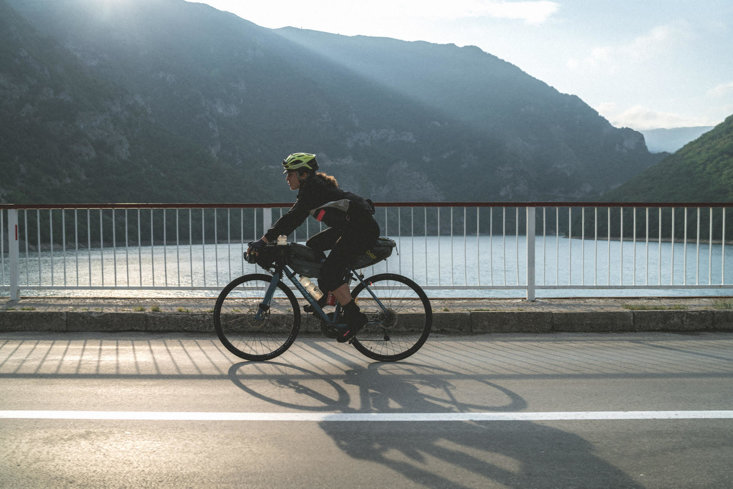 In her first attempt, Italy was where she ‘broke herself’.

“Crossing the Alps I had a very good time,” she says, “I was high, in all senses, feeling very powerful and surprised at what I had turned out to be capable of. I had also heard that other leading cyclists had only been sleeping for 20 minutes at a time. “If they could do that, then I could do that, ‘cos I’m hard too!” I don’t know why I didn’t realise that it was a stupid idea. I soon stopped feeling incredibly powerful. Someone could have sneezed at me and I would have fallen over and would have had to quit. I limped into Slovenia and collapsed there.

“But fundamentally I had learnt a lesson. The Transcontinental isn’t even about toughness or strength. It’s more really really good ‘admin’. Admin and moderation.”

A year later she was back at that starting line in Geraardsbergen, Belgium. More importantly, she was the first female at the finish 4000km down the line in Çanakkale, Turkey.

One again there had been no typical day. The times of endurance would vary, but would usually follow the routine of riding until the dead of night, until around 2am and then wake up at 6 and riding with the dawn. Where and when she stopped depended on a variety of factors, with Emily tending to prefer to camp outside of towns and villages, or sometimes just having to keep going throughout the night when there was no room at the inn.

“Cycling at sunrise is just so beautiful,” she describes, “I would smell the cafes waking up. Usually after lunch - I say lunch, I’ve probably had around three breakfasts and four lunches by this point - my energy would tend to dip, and it’s the hottest part of the day and that’s when I tend to struggle. Towards sunset I just feel rubbish. When I don’t like bikes any more. 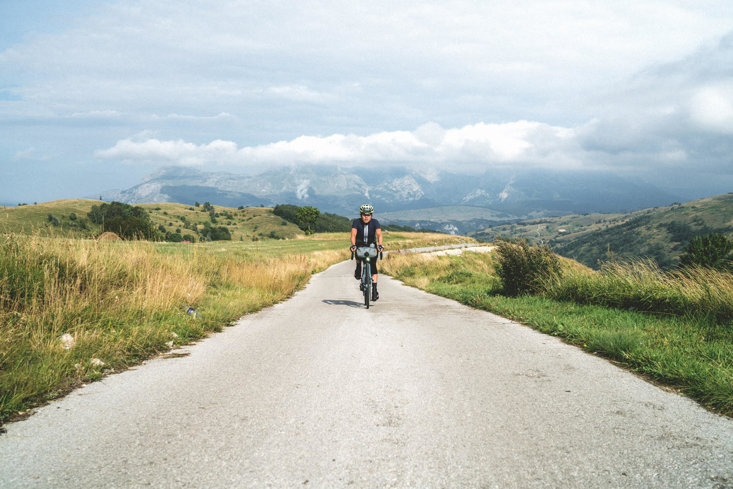 “But then comes the time when I come to life again. You basically see the world happening around you. You set off, everyone’s in bed. Then it’s the dog walkers, the workers, and then the schoolchildren. Then the rubbish collectors. Then the schoolchildren again. Then the bars and cafes start to come alive.  Then it becomes quieter and quieter and you’re just sliding into the night and you have the world to yourself again.

“The day is full of little tiny adventures, so many encounters with different people, little stories, amazing stories and landscapes and hills, and discovering things that you didn’t know existed.”

The biggest and most important revelation however was in the second race, which she won.

“I recognised the distances and realised they were manageable,” Emily informs, “I knew I could do 300k in under 24 hours. Almost everything that is going to come up in those 24 hours is something I have dealt with before.”

Emily rode close to 2500 miles in under a fortnight to complete the Transcontinental Race, riding a custom-built Shand Stooshie. In total it took her 13 days, 10 hours and 28 minutes – just under two days faster than second-place female Johanna Josten-Van Duinkerken. The experience itself for Emily outweighed her considerable achievement, with unabashed pleasure Emily gets from cycling prevailing. Daily there were added to the plethora of places to experience sublime, enviable new routes. 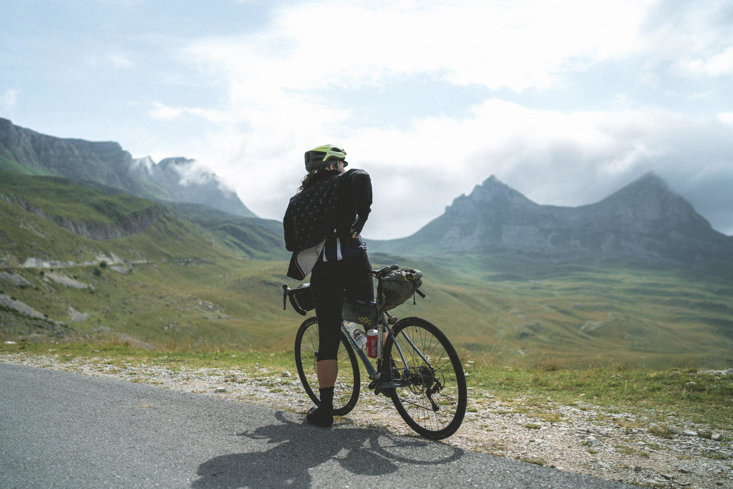 Emily documents her journey in her excellent publication, Where There's A Will: Hope, Grief and Endurance in a Cycle Race Across a Continent, which was longlisted for the William Hill Sports Book of the Year 2020. Emily received considerable praise for her descriptions of what goes on in a rider's head in the middle of a race, transversing the long roads and the high hills.

“Many years from now I think I’m going to be quite the tedious old lady, as I’ll want to relive all of these memories.”

For now the memory that exists is the ordinary, unassuming London courier who became extraordinary, and came, saw, and conquered a continent.

Where There's A Will: Hope, Grief and Endurance in a Cycle Race Across a Continent, by Emily Chappell, Pursuit, £14.99