In January 2018, Mesut Özil signed a new contract with Arsenal Football Club. The German midfielder would enter a three-year extension with the Gunners worth approximately £55.9 million including an annual average salary of £13.975 million, equating to £350,000 per week.

It would produce a deal that not only made Özil the highest-earning player in Arsenal’s history, but become the second-highest earner in the Premier League, matching Kevin de Bruyne at Manchester City, and only being beaten by David de Gea’s £19.5 million per year for being Manchester United’s number one shot-stopper.

In the 2019-20 Premier League season, Özil played on just 18 occasions for Arsenal, granted less than 1500 minutes of football, contributing two assists and a single goal. In 2020-21 he hasn’t taken to the pitch for a single minute after being omitted from Arsenal’s 25-man Premier League squad and stands on the verge of a transfer to Fenerbahce. In the meantime, Özil still collects his £350,000 every week.

Özil’s situation in north London is a little bit more convoluted than these basic facts project, and it is unfair to pinpoint a single player about the prolificacy of the modern game. But the journey that allows professionals like Ozil to truly indulge in an enviable life of luxury had its pivotal moment 60 years ago.

It was on 18 January 1961 that the maximum wage was abolished in English football. The seismic change in the game came following the threat of a strike led by the PFA and Jimmy Hill, scheduled for ‘When Saturday Came’, the matchday on 21 January. Three days before the planned strike, the FA caved in to their demands and finally abolished its maximum wage policy. The decision came exactly 60 years after the wage cap’s inception and almost eighty years on from the Football Association announcing it would legalise the employment of professional footballers in 1885.

HILL LED FOOTBALLERS TO STAND UP FOR THEMSELVES

The beginning of the sixties saw an English football landscape that had Burnley heading the league, while Aston Villa and Liverpool were battling in the Second Division, and Tottenham Hotspur were about to complete the first domestic double of the 20th century. Footballers existed on no more than £20 a week. The average gross weekly earning by an adult male in 1960 was £14.10.

At the start of 1961, Hill was six months away from retirement, in his final year at Fulham. It would in fact be Hill’s teammate in west London, Johnny Haynes, who would become the most high-profile beneficiary of the lifting of the maximum wage as the Football League’s first ever £100-a-week man. But the fight was more than Hill’s. 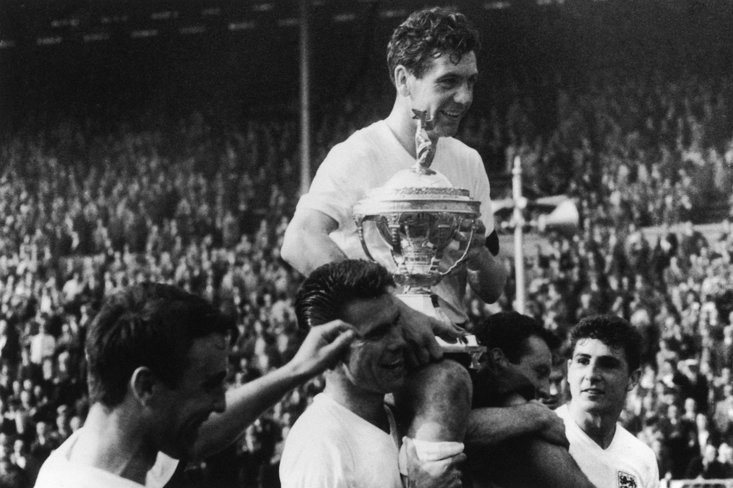 It was in 1901 that the Football League had imposed the wage cap and abolished end-of-season bonuses. That summer, Liverpool had just won the First Division, with a player’s average wage at £7 per week. The following season, the FA imposed a maximum wage for players of £4 per week - the first salary cap in English football. Soon after, Manchester United's Billy Meredith helped establish the first Professional Footballers' Association (PFA) in England, formed in order to protect the rights of professional footballers, predominantly due to a tragic incident in which a Manchester City player, Di Jones, cut his knee during a friendly match and died after the wound became infected. The club refused to pay compensation.

The subject of salary became an underlying narrative to the performances on the pitch. Despite fluctuations of the exact amount, -  £14 (1951), £15 (1953), £17 (1957) and £20 (1958) - the maximum wage cap continued to be part of the top game for another sixty years. A rally of 190 players in Manchester at the start of 1961 began the ball rolling to exact fundamental change, with a strike threatened. Three days before its proposed execution, Hill and PFA secretary Cliff Lloyd were amongst officials who met with club chairmen at the Ministry of Labour in London. The restrictions in salary were removed. 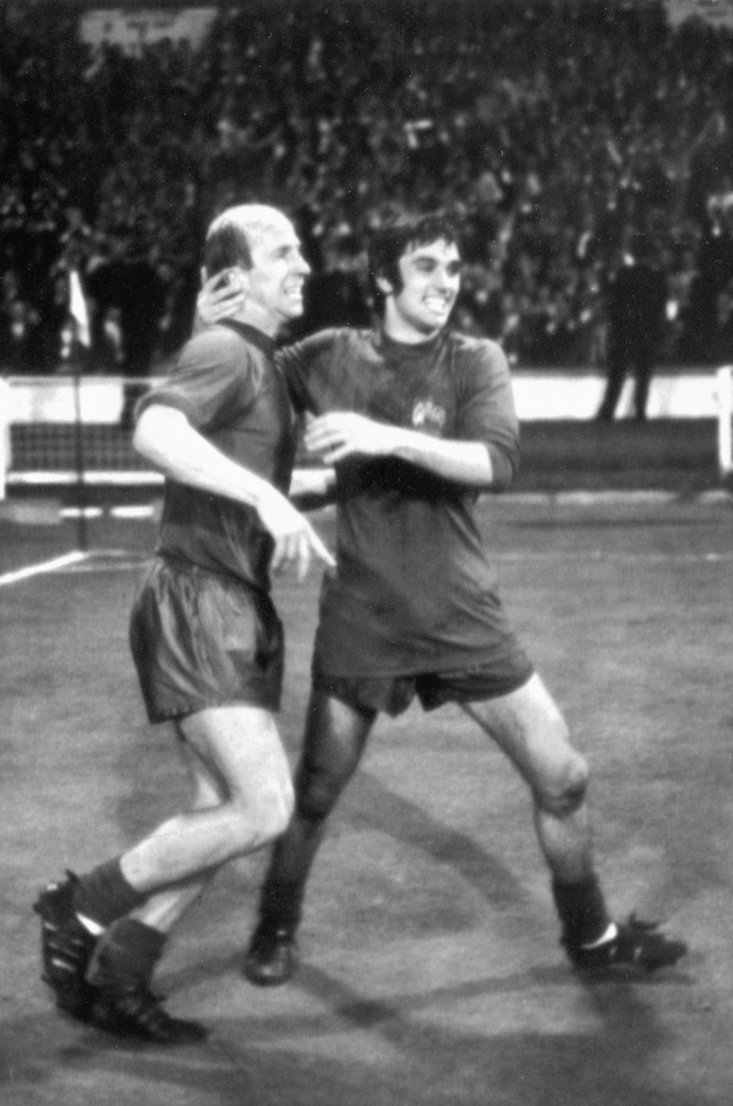 GEORGE BEST GOT THE ATTENTION - AND THE MONEY - AT MAN UTD

Seven years later, perhaps the greatest footballer to ever play in England, Manchester United legend George Best, reportedly earned a salary 10 times that of Haynes, at £1000 per week. In 1992, John Barnes of Liverpool became the first player to earn £10,000 per week. When Sol Campbell incurred the wrath of one half of north London in swapping Tottenham for Arsenal in 2001, he earned a reported £100,000 per week. And at the end of 2019, the average annual salary of Premier League players topped £3 million for the first time, and there’s approximately 500 of them.

January 2021 marks the 60th anniversary of the maximum wage being abolished in English football. Today, discussions of footballer’s salaries are easy pub fodder, a veritable breath of a moan when offered up in contrast to the nine-to-five. But now that football is such a multi-million pound industry, perhaps its only fair that the players get the opportunity to indulge.

Were it not for Hill and his contemporaries, though, the sport might still have been stuck in the dark ages. The likes of De Gea, De Bruyne and Özil have a lot to thank him for.