He towered at seven feet two inches tall. The sky-hook was in full flow. Once again the Los Angeles Lakers legend Kareem Abdul-Jabbar commanded the court. On 9 January 1972, in front of 10,746 fans in Milwaukee, Abdul-Jabbar was both hero and villain of the piece, bagging 39 points and grabbing 20 rebounds as he led his side to a comprehensive win, and putting a full-stop in the record books. He also lamped an opposition player for good measure.

But he wasn’t in the gold and purple yet. The man who would go on to become the NBA’s all-time leading scorer, and would win five of his six championships with the Californian outfit, was still a certified Buck at this point, and it would be still more than three years before he would make the move from the Cream City to the West Coast, where 24,146 of his NBA-record 38,387 points would arrive.

This time, at the start of 1972, he would have to watch on as the team he had defeated would mauraud to the Championship.  The war would be lost, but the battle had at least been won. Kareem Abdul-Jabbar had just ended the Lakers’ stat-smashing, never-been-surpassed game-winning streak in NBA history. 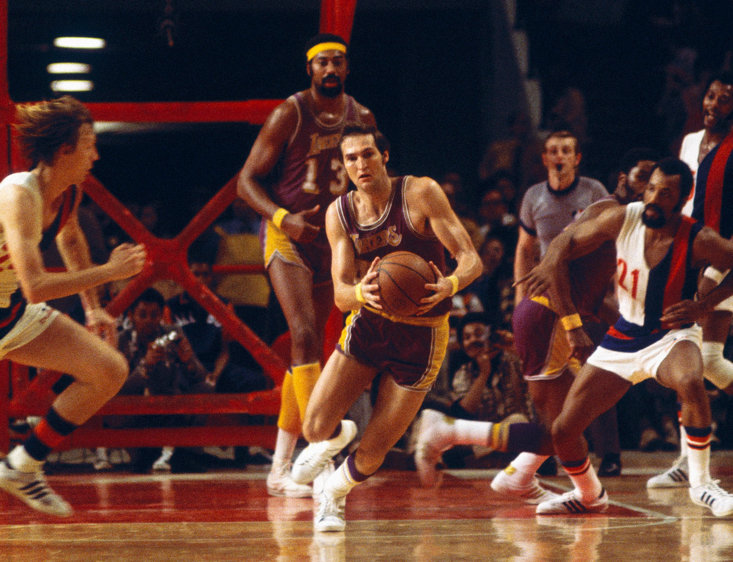 On 31 October 1971, the Lakers lost to the Golden State Warriors 109-105 to begin the season with a modest six wins and three losses. What happened next has never been bettered. Nobody has even come close. From 5 November with a triumph over the Baltimore Bullets until 9 January, the Lakers became the most untouchable team ever with a blistering run of 33 successive victories with an average margin of victory of 17 points. Coached by Bill Sharman, they smashed the previous benchmark of 20 wins in a row.

The side who had held it? The Milwaukee Bucks, established only a year before on their way to the NBA title.

The terrific triptych at the heart of the Lakers’ streak was Gail ‘Stumpy’ Goodrich, Wilt ‘the Stilt’ Chamberlain, who, aged 35 by that point, played 42.3 minutes per game, and the man who would that season become adorned in silhouette on the NBA logo, Jerry ‘Mr Clutch’ West.

The Lakers' starting five averaged 98.4 points, with West and Goodrich combining for 51.7 points per game – 25.9 points for Goodrich, who played in all 82 games that season, and 25.8 for West. Stumpy would later recall, “We were putting the ball in Jerry's hands a lot. In crunch time he was the best. I wasn't fighting him for the ball. He was such a great team player.”

Coach Sharman, in his recognisable plaid jacket uniform, kept a crunched-up consolation note in his pocket that remained there with every win, but was always at hand in the event of a loss.

"The players really wanted it badly," Sharman told the New York Times after they’d beaten the Atlanta Hawks to set a new mark with their 21st straight win. "A lot of teams have won championships in the history of the NBA, but nobody has done this."

Twelve victories later they hadn’t just stamped their name in the record books. They had obliterated all competition. 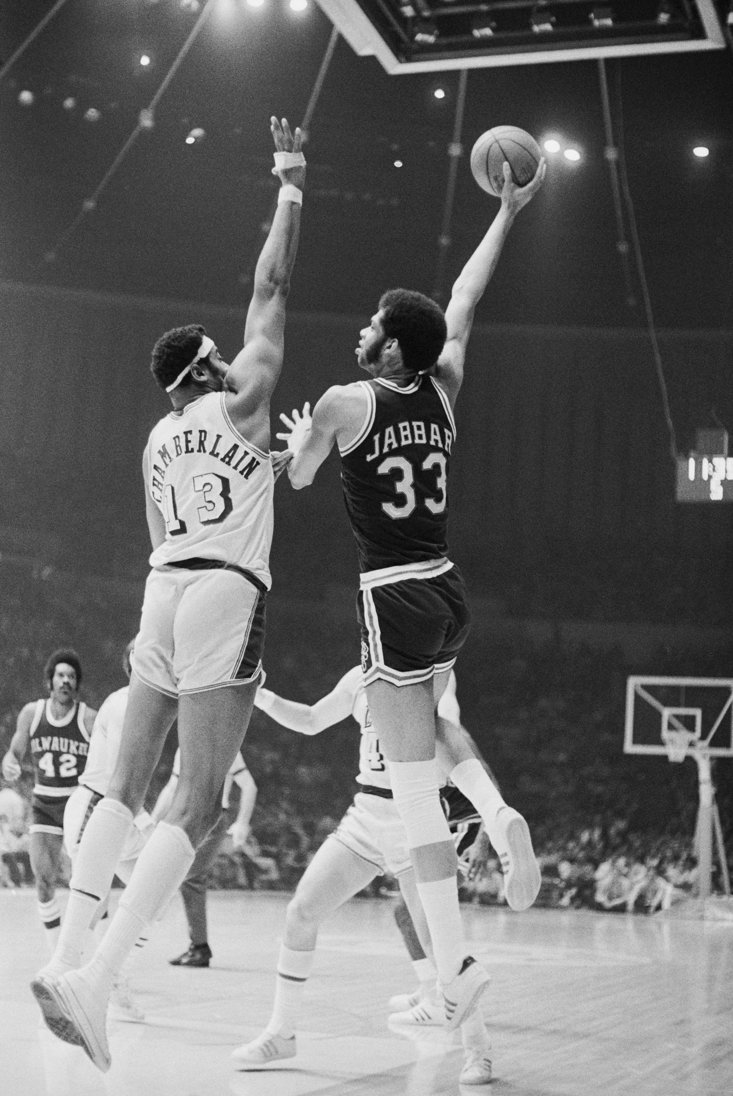 But on 9 January 1972, Wilt the Stilt, Jerry West, and Stumpy were in Cream City.

“We’ll beat them,” Milwaukee Bucks coach Larry Costello told the NYT before the game. “We’re the champs, and all they have is the streak.”

The Bucks went in there with guns blazing, and it ended up with fists flying. They were the defending NBA champions, and had been regarded as the best team in the league.  The Lakers momentum had been a mission statement, but for the Bucks it had been a slight to their crown. A precedent needed to be set.

And so they did. The Bucks won their 20th game in 21 contests with the 120-104 victory in front of close to 11,000 of their own fans in Wisconsin. The Lakers shot for just 39.3 percent and committed a massive 24 turnovers against Milwaukee. Furthermore, when Harold ‘Happy’ Hairston found himself entangled in the redwood branches that were Abdul-Jabbar’s legs, when he got up from the court he was rewarded with a right hand into his jaw, knocking him out cold. “I simply lost my temper,” Abdul-Jabbar admitted.

Despite their longevity, L.A’s loss was lamented. "We lost it. Milwaukee didn't win it,” said Lakers forward Jim McMillian. 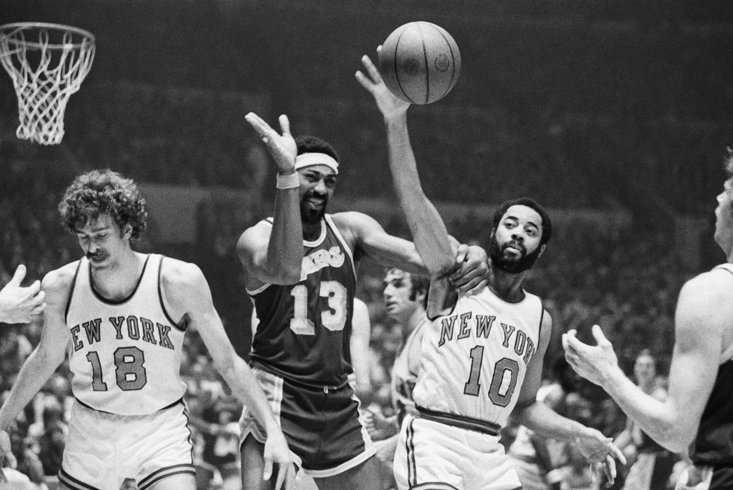 The defeat didn’t detract from the prize. In the NBA Finals against the New York Knicks, the Lakers lost their opening game before bouncing back with a mini-streak to close out the series in five games. Chamberlain was named MVP as the Lakers finally won the title having lost their eight previous Finals trips. The Lakers also edged the NBA record for victories by one to finish 69-13, a standard that would remain until Michael Jordan’s Chicago Bulls won 72 games in 1995-96.

However, it was a season ultimately centred around one particular feat. It has been nearly half a century since the Lakers began their streak, and in 50 years, no franchise has ever come close. Since 1972, the 2012-13 Miami Heat have come nearest to breaking the Lakers’ mark, winning 27 straight.

Today that seemingly inimitable Lakers stretch is regarded as perhaps the greatest sporting run of all time. In a sport where losses are an inevitability in a long 82-game season, they somehow managed to become unbeatable.