Motorsport
Features
Michael Schumacher's son has already proved he has the quality to compete with the best
Simon Lillicrap
16:00, 05 Dec 2020

In the year 2000, the greatest racing driver in the world introduced his son, aged just one, to the seat of a go-kart. In front of the world’s media, Michael Schumacher placed his son’s hands on the wheel and watched him fall in love. Twenty years later, that baby has grown into a man, a man who will be racing in Formula One next season for Haas. Mick Schumacher, at the age of just 21, will replicate his legendary father, 30 years after Michael made his F1 bow. You know all about his dad, but here are five facts about Mick you probably don’t know.

He used pseudonyms to avoid attention as a youngster

With the media clearly interested in Michael’s son, Mick decided to avoid a lot of the attention as a nine-year-old racer by using a different surname to avoid detection. Instead of the famous Schumacher name, he went by the name Mick Betsch, the maiden name of his mother Corinna.

Joining the go-karting scene when only nine, he climbed through the ranks until he was entering National Championships at the age of 15. Then, he went by the name ‘Mick Junior’, finishing second in the German Junior Kart Championships and being picked up by the German media. 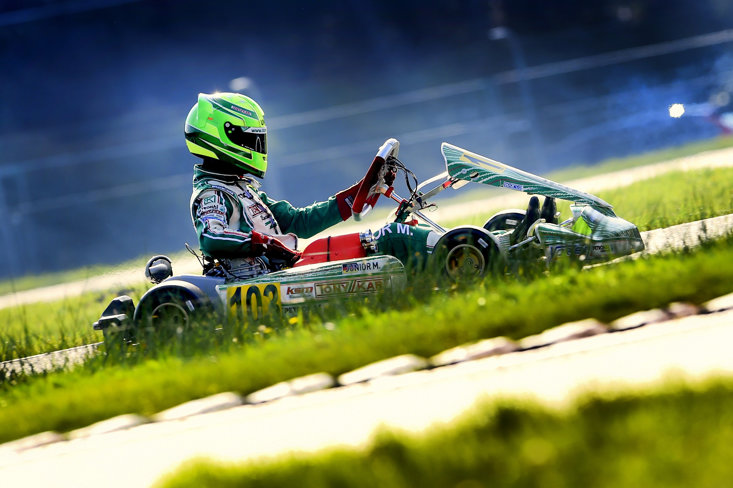 SCHUMACHER USED A FAKE SURNAME AS A YOUNG KARTING PRODIGY

Numbers mean a lot to him

Mick has chosen the number 47 to race under next season for a few different reasons. He would have chosen the number four, the number he wore when he won the European Formula 3 Championship in 2018, but that number is currently occupied by McLaren’s Lando Norris. The number seven is one that is close to his family’s heart given Michael’s seven world titles, but that one is taken by Kimi Raikonnen.

So a combination of those two numbers it is, and even that has a touching sentiment for the 21-year-old as 47 is the number you come to if you add together all the birth dates of his family. Lovely. He’ll be hoping to make himself number one over the coming years.

He's an adrenaline junkie away from the track too

Formula One drivers are absolutely crazy, that much we already know. It takes something special to put yourself under this immense pressure and your body through such speeds every other week, so how does Mick unwind? Well, he likes to indulge in some of his other sporting pastimes, including biking - both road racing and mountain biking - and wakeboarding!

Spending his down time on the lakes sounds like a perfect way to unwind, but in mountain biking he finds a way to be at one with nature. “It’s cool because you have to be very active. And there’s nothing more beautiful than to bike through the forest. Actually you are in the nature all the time, something I really like.” 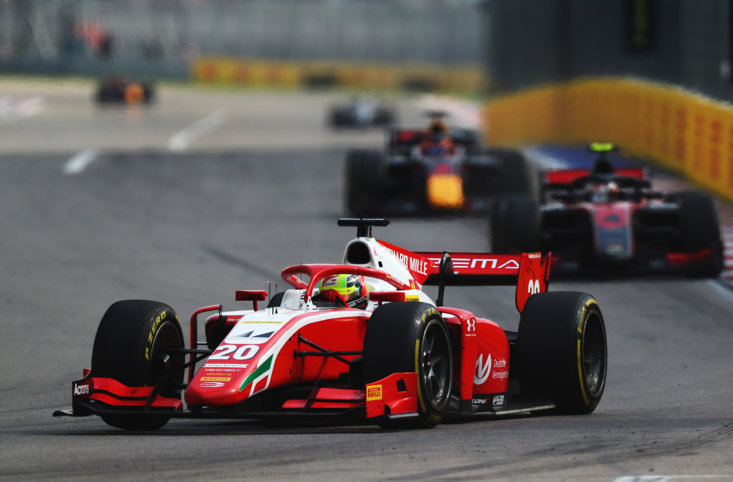 He was in a high-speed crash aged just 16

Danger is synonymous with racing at these sorts of speeds but Mick actually had a high-speed accident at the age of just 16, at the Red Bull Ring in Austria while racing in Formula 4. Having started the race in 16th, he was going well and had got himself up to 10th with some brave manoeuvres, before disaster struck.

On the finish straight, travelling well over 100mph, Schumacher was clipped from behind and spun off into the pit wall, leaving his car without a front wing and the driver, luckily safe inside, suffering just a broken hand. He’s had several crashes since, but this one was his first major collision and would have left him shaken. It wasn’t enough to put him off though...

He overtook six cars in one lap this season!

If you want to know what this guy is all about, just know that this season in F2, he channelled his father’s racing ability to overtake six cars on the first lap of a race! In an incredible performance he went from P10 up to P4 after just one lap of racing at the Bahrain Grand Prix.

If this is anything to go by, we are in for a treat next season. He flew off the line and showed immense bravery braking late into turn one, before continuing his ascent up the pack for the rest of the lap. Driving like this shows exactly why he is in pole position to win the F2 championship before he takes on F1 in 2021.