Football
Features
It has been 20 years since the release of this iconic football film
Simon Lillicrap
07:05, 28 Sep 2021

20 years ago today, Mike Bassett: England Manager was unleashed upon the unsuspecting British public. For a generation of football fans, this masterpiece is known line-by-line and formed an integral part of their love for the game, as Mike Bassett became the England manager an entire nation adored.

It was to be a seismic moment for footballing culture in this country, even if it wasn’t an instant smash hit upon release - in fact it originally charted behind ‘Moulin Rouge!’ and ‘Artificial Intelligence: AI’ in the cinemas, but its lack of popularity amongst the wider public allowed it to develop cult hero status amongst football fans over the years.

The beauty of this film is that the writers managed to find enough realism in football to make it a resounding hit. Unlike the ‘Gareth Southgate glory days’ we are currently experiencing where reaching a major final is a distinct possibility at every tournament, for the 50 years from 1966, England were a source of constant disappointment.

Managers came and went and tournaments slipped by without any serious success and this is where Mike Bassett found its niche. Everything in the context of the film was perfectly relatable. The constant whirlwind media frenzy around a major tournament is something that happens every two years and yet these themes were lightened by genuinely hilarious moments.

The call-up of third division duo Tony Benson and Ron Hodges, the meeting with the Ireland and Scotland squads at the airport and the no-frills interviews with assistant manager ‘Doddsy’. That character in particular made such an impact on the sporting world that former Saracens coach Brendan Venter took on the role of Doddsy in a post-match interview after a defeat.

Pele’s chat with Martin Bashir ahead of the World Cup where he refused to acknowledge England as contenders despite clear badgering is something we have seen several times from media personalities. But, in particular the ‘three cheers for Ramirez’ skit after England had lost 3-0 to the Mexicans was not only comedy gold but also perfectly summed up how the Three Lions had come across in major tournaments for decades. 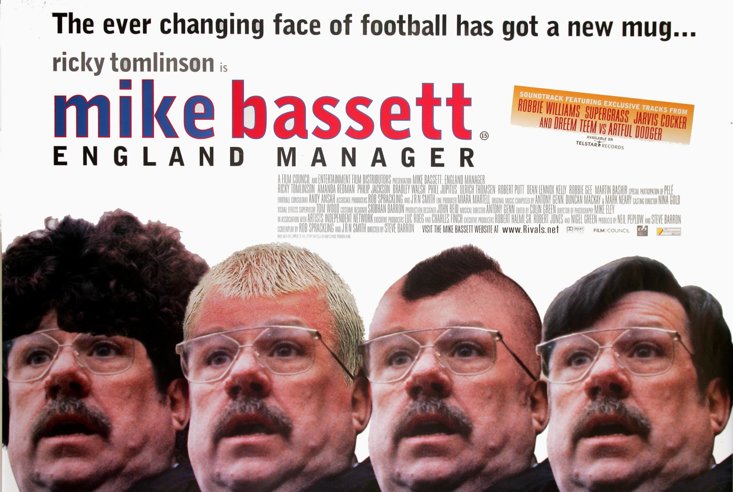 One of the most iconic scenes, one that every England fan has hoped would happen in a Wembley dressing room at some point, is where Basset completely loses his rag at his players, and launches into an expletive filled rant.

“If you don't wanna wear the shirt, f*cking take it off! There's thousands of kids out there who'd die to put that f*cking shirt on. Get back on the f*cking field, show those b*stards what you can f*cking do, or you can f*ck off home on the f*cking plane! You got that?”

For England fans who have watched too many years of insipid performances from players who have shown better form for their clubs, this strikes a chord. The eternal struggle to get away from the traditional 4-4-2 and try new formations is a running theme that ran through the film and also preceded the problems England’s golden generation faced concludes with a narration of Rudyard Kipling’s If and the famous line: “Ladies and gentlemen, England will be playing four-four-f*cking-two.”

It’s an absolutely iconic football film, and the fact it is unkept around the edges makes it even better. It is not the perfect production, it doesn’t have the highest budget and the storyline is shaky at times, but for twenty years, it has held a special place in the heart of England’s football fans.

“When the film actually came out in 2001, Sven-Goran Eriksson was in charge and he was at the height of his pomp,” writer Rob Sprackling explained in 2018. “Everyone had become convinced that it had all changed now, that we were going to be successful and continental about it all. This bungling uselessness was all in the past. Everything felt like it was going to be all modern and new and professional. The wheels weren’t going to come off and we weren’t going to have disasters. But that wasn’t the case. That’s why people come back so often, because the same disasters continue to happen.”

England might be slightly better off now, but we will still keep coming back to this masterpiece.