Patrick Mahomes was just six years old when Tom Brady first achieved victory at a Super Bowl. One just a kid in Tyler, Texas, the other a 24-year-old quarter-back lifting his first Vince Lombardi Trophy at the Louisiana Superdome in New Orleans on 3 February 2002.

It was 21 years ago, on 16 April 2000, that he was drafted, in the sixth round with the 199th overall selection, by the New England Patriots. His NFL-record six Super Bowl rings is one for every quarterback drafted ahead of him in 2000. Thirty teams passed on him. Thirty.

A now 43-year-old Brady is 6-3 for his career in the showpiece, solidifying his status as arguably the best quarterback of all time. Those six victories as Bill Belichick’s main man have helped the Patriots become one of the greatest and most dominant dynasties in sports history. From the time Brady became their starting quarterback in 2001 until his first season with a different team in 2020, the Patriots never had a losing season and won 17 AFC East titles.

Brady set the standard for career touchdown passes, regular-season touchdowns, and combined passing yards. He is the NFL leader in career quarterback wins, quarterback regular season wins, quarterback playoff wins, and Super Bowl MVP awards. His 21 seasons are the most for an NFL quarterback. But in his 21st season, Tom Brady is no longer a Patriot.

He’s sold up his $37m New York City apartment to switch the Big Apple for Billionaire’s Bunker. He and partner Gisele Bündchen are now Jared Kushner and Ivanka Trump's new neighbours on Indian Creek Island, Miami. And in his debut season with the Tampa Bay Buccaneers, he’s heading to his 10th Super Bowl. 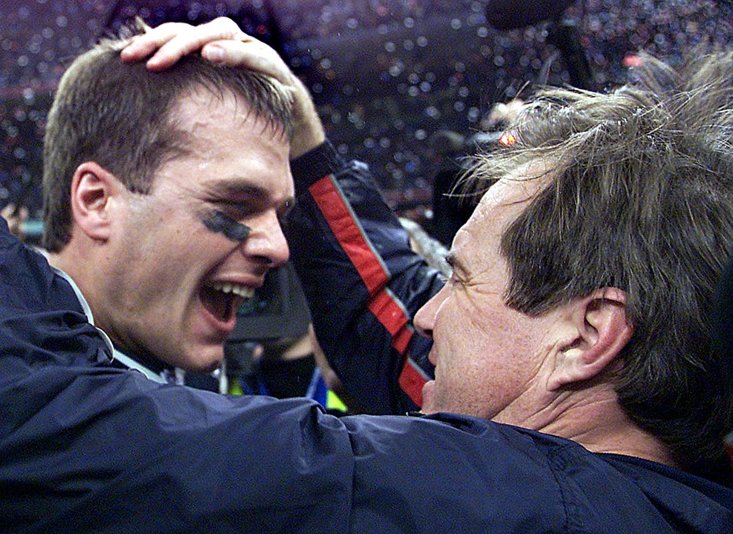 How? How did he become the Lord of the Rings?

In 2017 Brady dug out his old NFL Scouting Combine. It read: “Poor build, skinny, lacks great physical stature and strength, lacks mobility and ability to avoid the rush, lacks a really strong arm, can’t drive the ball downfield, does not throw a really tight spiral, system-type player who can get exposed if forced to ad lib, gets knocked down easily.”

Watching the 2000 Draft with his family at home and witnessing quarterback after quarterback being selected ahead of him, Brady excused himself from the gathering.

“We were led to believe that he was going to be drafted, possibly second round, probably third round,” Brady’s father, Tom Brady Sr., told ESPN. “They kept calling quarterback names, and we kept being stunned.”

The second and third rounds passed, and still Brady’s name wasn’t called. “We were very distraught,” Brady Sr. said. “With each name, it was becoming worse and worse.”

Brady himself would recollect the feeling when he was selected, narrowly beating out Tim Rattay for the pick. “When the Patriots called, I was so excited. I was, like, ‘I don’t have to be an insurance salesman,’ you know?”

However, during his first year in the league he was firmly glued to the bench, entering a game only once when Belichick's team suffered a demolition to the Detroit Lions. In that game Brady got his first official listing on a stat sheet. He threw for all of six yards.

Fate would intervene during the second game of the 2001 season, as Patriots’ starter Drew Bledsoe was hit by New York Jets linebacker Mo Lewis and suffered a sheared blood vessel in his chest, which almost resulted in his death. Replacing Bledsoe, backup Brady took the starting position. The rest, as they say, is history. 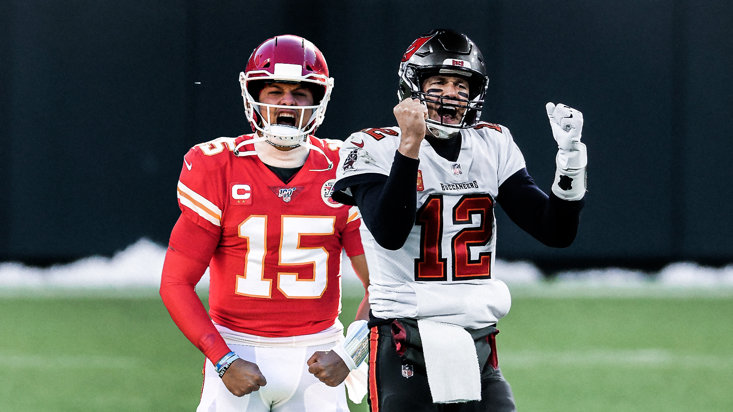 It was on this day 19 years ago that Tom Brady picked up the first of his record rings at XXXVI. Brady's first Super Bowl appearance came against ‘The Greatest Show on Turf’, a nickname for the record-breaking offense of the St. Louis Rams during the 1999, 2000 and 2001 National Football League seasons. But helped by a defense ranked sixth in the NFL in scoring, Brady secured the Patriots' first-ever Super Bowl title, edging the Rams 20-17 with the last play of the game, the first time that had ever occurred in the event’s history.

Five rings later, he will now face his heir apparent, Patrick Mahomes II, at the Raymond James Stadium in Tampa, Florida on Sunday. Brady is going for his seventh title when his Tampa Bay Buccaneers face the Kansas City Chiefs in Super Bowl LV.

Mahomes made history last year by becoming the first player to win Super Bowl and league MVP honours before his 25th birthday. A win in Super Bowl LV would make him the youngest quarterback in history to win multiple Super Bowls. Mahomes is in the stratosphere already. He’s the new poster boy, the face of his franchise, the video game cover. But this youthful QB will know better than anyone that it will take some doing to match the career and success of the man he is about to come face-to-face with as the eyes of the world once again casts its glances to the USA’s premier sports event.

Mahomes remains the apprentice, for now. Brady is a master 19 years in the making.