“Do you know how long I can go without blinking?” It’s not a question we were expecting when we sat down (socially distanced) with Britain’s best MotoGP rider, Cal Crutchlow. But he got us thinking. What’s the one thing more than anything else you need to do when you’re haring around racetracks at 150mph on two wheels? To keep your eyes open, of course. But before we can hazard a guess...

“Seven minutes. That’s how long I can go without blinking,” the pride clearly visible on this face and in his voice. Never get into a staring contest with this man, you have been warned. Shame his MotoGP season isn’t going anywhere near as well. First there was the fractured wrist he suffered after a crash in warm-up that ruled him out of the opening round in Spain, complications from arm pump surgery meant he had to pull out of round six in Misano, and now he’s heading to race in Valencia with a torn ligament in his right shoulder. Yes, a torn ligament and he’s still planning to race. Welcome to the world of Cal Crutchlow. 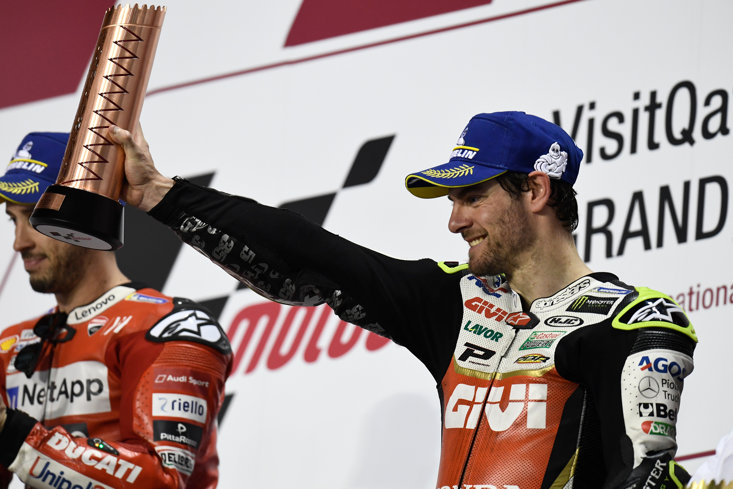 He’s Britain’s best MotoGP rider since Barry Sheene, back in the 80s. But he’s due to leave the LCR Honda team at the end of the season, having been with them for five years, and his future lies in the balance. But if he’s worried, he’s not showing it. Crutchlow is cool, calm and collected.

“It’s not been easy but this season has been hard on everyone,” he admits, “normally we have to focus from Friday to Sunday evening and then it’s back home. But because the season has been condensed due to coronavirus, we’re now away for three weeks at a time. It’s intense.

“But I have a good sense of perspective, I know there is more to life than going round in circles on a track. Now I have a wife and a daughter and things change, priorities change.” 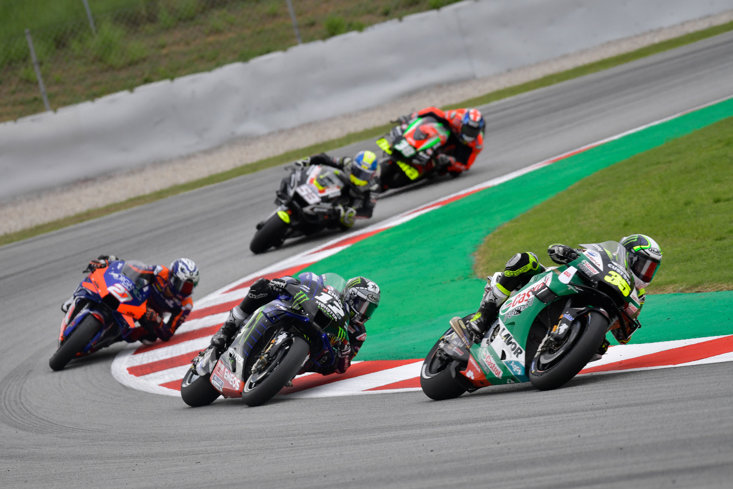 Don’t be fooled, he’s not walking out on MotoGP just yet. He can’t, because he’s addicted to it.

“You can’t do this sport half-hearted, it’s too demanding and too dangerous to not be 100% committed. I’ve been hooked ever since I was a kid, there’s no other word for it. My dad was a racer and that’s how I got into it, I used to play football for Coventry City when I was younger but once I started racing there was no competition. I was lucky enough to be good enough to make a career out of it.”

But what about the crashes, isn’t he sick of coming off the bike at ridiculous speeds?

“In 90 per cent of crashes nobody gets injured, you just slide off the bike, dust yourself down, grab your other bike and get back racing again. In fact we’re that well protected now with the best helmets and safety gear that you hardly feel anything in a crash. They always look worse than they are.

“And we all know exactly what we’re getting ourselves into when we get into this game. Everyone is extremely professional and focused. Crashes are just part of the job.” 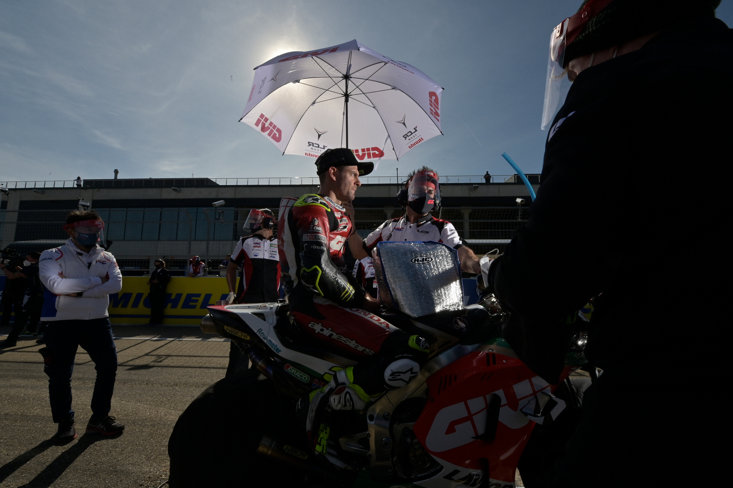 Not quite a household name, despite being successful in a field where few Brits compete, Crutchlow is content with his lot.

“I’ve had a fantastic career, raced all over the world,” he smiles, “If I had to pick a favourite track it would be Oulton Park in Cheshire. The undulations and corners are the best, it’s a great, great circuit. It’s got lots of blind corners. They are so difficult but I love them so much.”

It’s at this point we, or more specifically he, starts talking about blinking. It began with us asking how he dealt with a blind corner. “Oh, I just close my eyes,” he joked, well we think he was joking, because before we could clarify he came out and asked us how long we reckon he can go without blinking. Turns out he’d been tested for this the last time he raced at his favourite track. The life and times of a MotoGP racer, friends.

Still reeling from the seven minutes revelation we got back on track, pun intended before you ask, with a probing question about his plans for next season.

“I’ve lived the life I wanted to live so far,” he tells us, “and there’s plenty more to do. Whatever happens next season I still want to be involved in the sport, there’s no doubt about that. You do this for the love of it, and you can’t just leave that behind.”

Catch a full weekend of MotoGP action, including practice, qualifying and all the races from the Grand Prix of Europe on BT Sport.