Anthony Yarde has one focus, and that’s knocking out Lyndon Arthur when the pair meet in their light-heavyweight bout at London’s Royal Albert Hall on Saturday. But while he packs a powerful punch in his fists, it is his mental strength which is so astounding.

In a year beset by personal tragedy - Yarde lost four loved ones in six months including his father and grandmother to Covid-19 - he is adamant he won’t let the agony of losing loved ones affect him on fight night, preferring not to let any negative thoughts cloud his head. “I’m a believer that whatever you feed becomes stronger,” is his outlook.

Insisting he keeps his personal life separate from his boxing career, Yarde’s positivity is astonishingly brave and inspiring.

“It can’t be changed, it’s about moving forward; if you overthink, it becomes a stronger power,” he explains. “It’s not something I can sit and dwell on. Everyone goes through their time of grief. I went through a lot of years without losing anybody but everything has happened at once - it’s life. Boxing isn’t a sport you can let emotion out, if you do you’ll find you get hit a lot.” 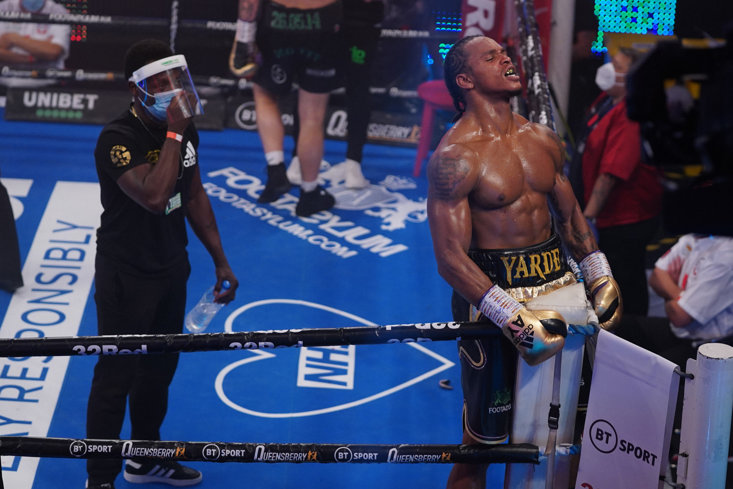 Yarde has a job to do and that is to entertain. He is a boxer out for glory first and foremost but he wants to put on a show and believes people tuning in won’t care too much about his personal life, instead they’ll just be keen to watch a spectacle in the boxing ring. Comparing himself to others in the spotlight, he says, “I look at other entertainers, not only boxers, but say a TV personality, if they go through a tragedy no one really cares, it passes. It’s them that’s going through it and at the end of the day the viewers are there to be entertained.

“Someone with a good energy like Paddy [McGuinness] from Take Me Out. He’s got such a big personality,” he smiles. “If you watched his show and he was down and not doing his job properly you’d wonder what was going on. People won’t take into consideration, long-term, what he’s going through personally. In boxing, it’s more serious, it’s an unforgiving sport and at the end of the day people don’t care about excuses.”

Yarde, speaking ahead of a fight which has already been rescheduled twice due to the pandemic, admits he has been a rock for his family, helping them as they deal with their grief.

“I just thank God really for my mental strength,” he says. “Even for some of my family members I’m there as like a counsellor... I’m explaining things that happen in life, people in countries who go through wars, massive tragedies happen and they have to get on with it and continue to live life or give up, it’s one or the other.

“I don’t see myself as someone who has to be strong but internally I know that I’m able to deal with things better due to my understanding, my motivation or my inspiration. It’s unexplainable, when I sit down sometimes it does get emotional and overwhelming but that’s just life”. 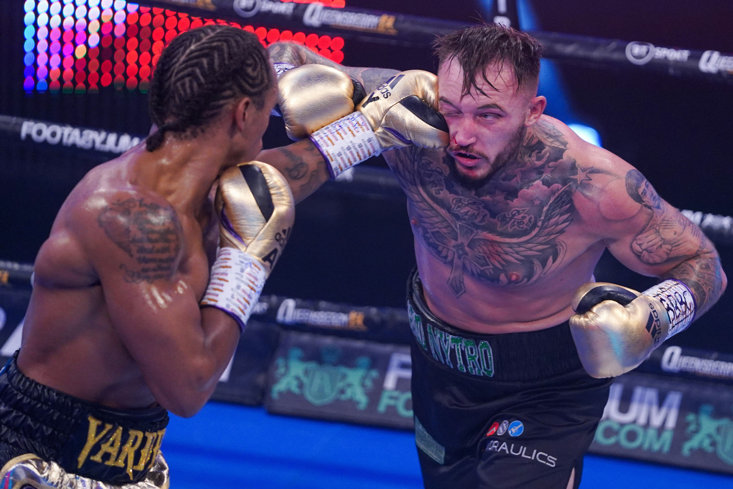 At the top of the bill on a night the boxing world celebrates Frank Warren’s 40 years in the business, Yarde exudes confidence and laughs, “I’m meant to be a headline act!”

The 29-year-old is proud of his promoter’s achievements and lauds Warren’s impact on the sport.

“Frank’s changed the game,” he claims. “If you look back in history, Frank’s always led the way in British boxing. Other promoters are doing well but Frank, historically, has made world champions. I always pay homage to Frank Warren and I’ve got a lot of respect for him... his expertise. He’s very easy to get along with and an all-round nice person. I’m looking forward to what else he is going to accomplish.”

While it has been a difficult year, Yarde says that, logistically, lockdown hasn’t affected his preparations.

“Everyone is going through this pandemic, we’re all in it together.” he tells The Sportsman. “You’ve just got to take what you can from it. I did lots more running, went back to my unorthodox strength and conditioning and a lot more shadow boxing. You can always develop in other areas if something is taken away from you.”

It helps too that he now boasts his own gym.

“It’s made a big difference,” he insists. “Even just for relaxation, peace of mind, privacy. It all plays a part. It’s uplifting and motivating, I can go when I want and sometimes clear my head after the things I’ve gone through. I hit the bag for half an hour or sit in the gym listening to music to remind me what I’m doing and why I’m doing this.” 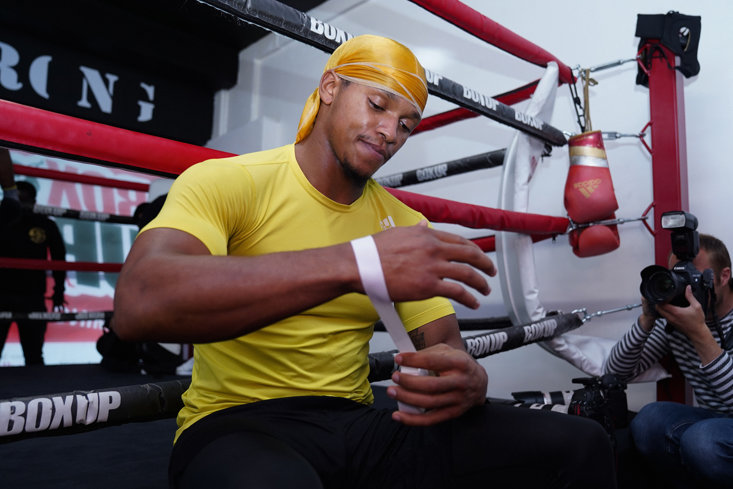 Yarde is coming into this believing he has learned a lot from his 2019 defeat to Sergey Kovalev. Informed that his opponent ‘King Arthur’ believes he can keep him fighting for the full 12 rounds, Yarde scoffs at the suggestion.

“That’s silly if he thinks that’s going to happen,” he laughs, chilled out at such a claim. “I don’t buy into game plans. That’s why I don’t watch fighters, because people can always switch things up. I don’t wait and hope to land a lucky lunch, I like to break down my opponents. He’s going to be hungry, everybody who fights me will want a victory because it puts them in a certain category.

“I see Arthur as motivation for me as well, if I go out there and do a job, it’s better for me. I’ve built my career the hard way and knocked out most of my opponents taking risks, and I’ve shown determination and heart. It’s more important to me than it is to him, that’s the way I see it. If he feels like he’s going to come in and find unprepared Anthony or Anthony who’s not looking to take his head off, then he’s very mistaken.”

Completely at ease and smiling, despite what he has been through in 2020, he has no time for boxing barbs, focusing solely on being a success.

“I’m not a fake person, you’ll never get fakeness from me. I don’t need to do any pantomime, my pantomime happens in the ring. There’s no bad blood, we all want success. I just deposit the hard work in training then cash out the cheque come fight night!” he laughs. Kerching.